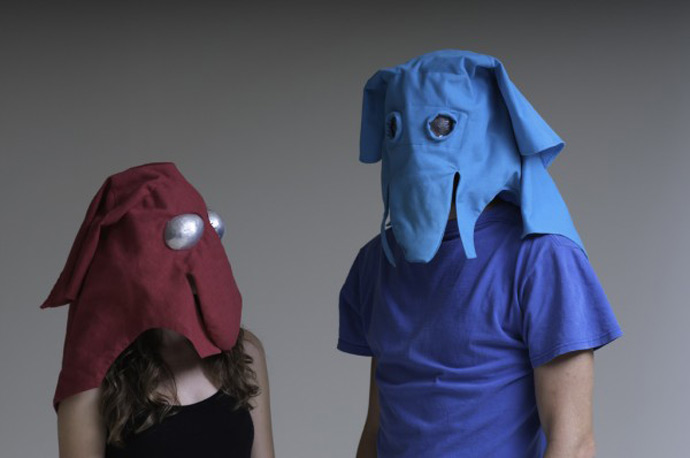 "It's about challenging the canonical narratives with the inclusion of unexpected objects."

That’s how Luis Enrique Pérez-Oramas, Head of Latin American Art at New York’s MoMA, understands art. And that is precisely how Brazilian artist Lygia Clark expresses her art in her current exhibition at the museum on display until August 24. The exhibition includes a number of different artistic expressions that the artist was involved in throughout her career, and which together have defined her as one of the central figures in 20th century Latin American art.

Lygia Clark spent her initial years working under the geometric abstraction movement, which she subsequently abandoned a few years later to join a group of Brazilian artists united under the Neoconcrete manifiesto (1959), created as a response to the exaggerated rationalism present in the art world just before the Second World War. The group intented to recuperate a sense of aura in art, a return to expression, subjectivity and a renewal of the artistic language, with the main principle being “without emotion, Art is precarious”. 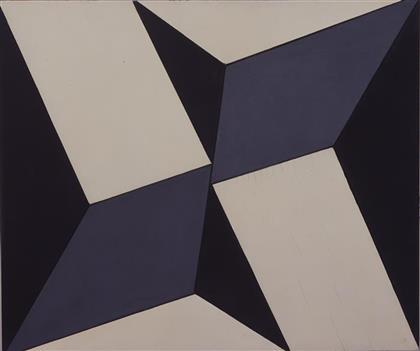 Just a few months after signing the Neo-Concretism manifiesto, Clark began to distance herself from the group and to rethink art in terms of its active relationship with the viewer, which required a redefinition of the perception, exhibition,  communication and structure of art. In other words, what was needed was to re-conceptualize what a work of art actually is. Clark’s intention was to revitalize the idea of an autonomous artistic object; paint is no longer simply a tool, a technique, but it transforms into an object.

The exhibition begins with the first works of her career, clearly abstract in form; we gradually see the paint element in her works acquiring more of a shape and body. Paint slowly becomes independent, and forms start to boldly reach out towards the viewer in unexpected ways, as if challenging the perceived separation between the inorganic and organic worlds. We are then greeted by “organic lines”, which appear as cracks in the paint. The artist’s idea is to express the organicity of paint, and to extract it from its conventional —inorganic— framework.  Bodies interacting with other bodies. 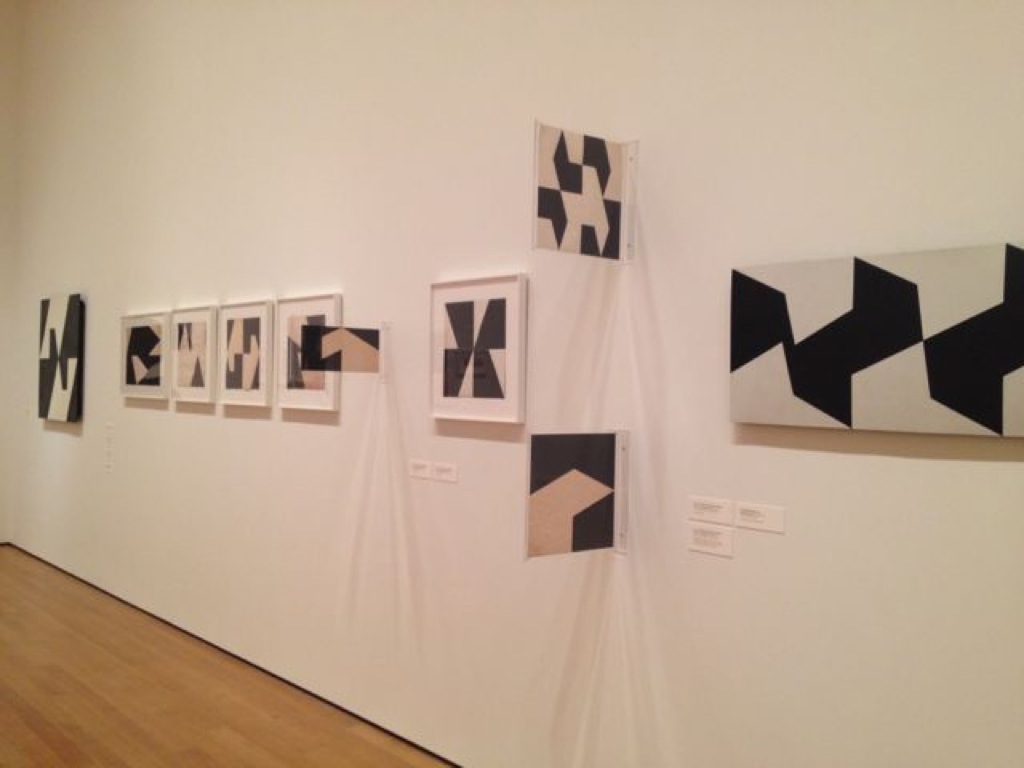 In 1961 she begins work on her so-called Bichos (Bugs): plaques made out of alluminium, stainless steel and smooth metal, all punctuated with hinges. The constructions consist of various layers and they do not form a single unit or mass — they were created as active, living organisms which viewers are encouraged to interact with. The MoMA presents them with no barriers or limitations whatsoever, so that viewers may approach them freely and imagine the multiple possible forms that the work can offer. 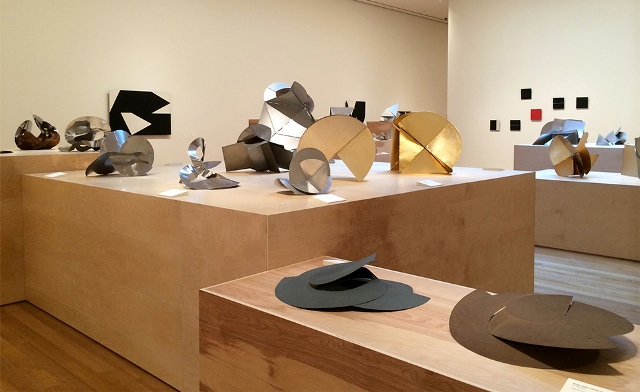 The years 1964 and 1965 represent a critical moment in the creative career of the artist: her work “Caminando” (Walking), one of the most representative of her entire collection, presents new conceptual possibilities. The work is its own action — the work itself is the merging with the viewer. Her interest in form is captured in the Moebius strip and its implications. It symbolizes a strip where there is no discontinuity between the inside and the outside, between interior and exterior. The action of “walking” consists in the viewer cutting a strip of paper in the shape of a Moebius strip until the formation of a very fine line (a residual line), which itself becomes the “rest” of the action, i.e. “the artwork is its own action” — the discovery of that organic line that the artist is so fascinated by. “Caminando” is one of Clark’s most important pieces and this fact has not gone unnoticed by the exhibition’s curators, who have allowed visitors to get up close to the work — although only the most daring among them have taken on the artist’s challenge. 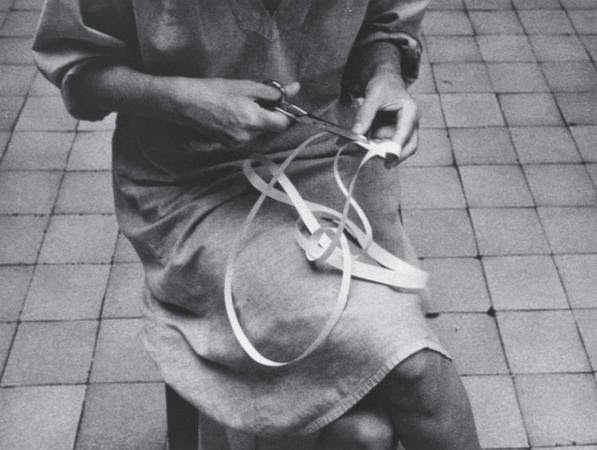 A car accident in 1966 left Lygia with a fractured wrist and effectively one less hand to work with, nonetheless she used the cast that she had to wear to protect the broken bone to create a piece consisting of a transparent plastic bag containing a stone and that she filled with air. This was the first relational object that she described in an essay titled “In order to understand the meaning of our routines”. 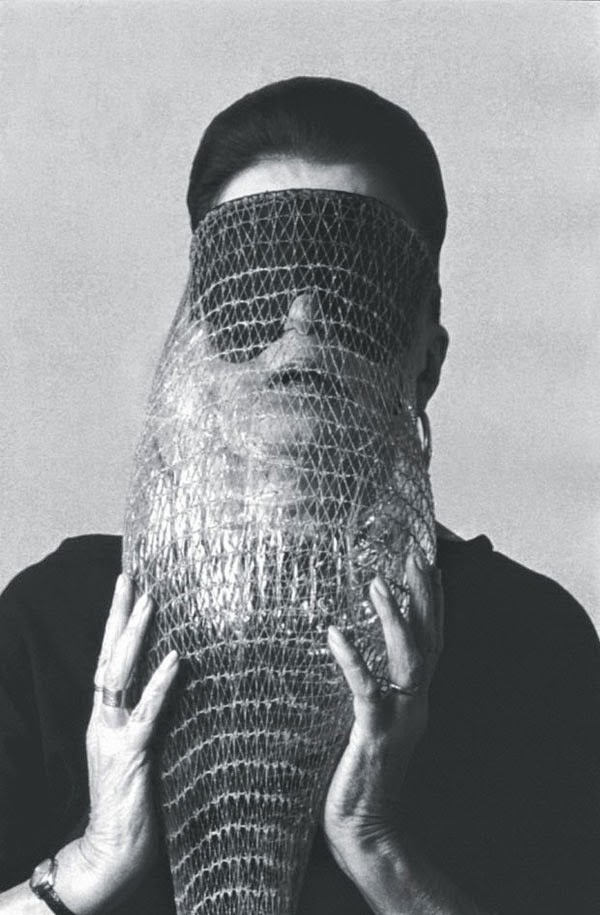 The exhibition includes more than 300 works from museums and private collections from around the world. There is so much to say about this artist that I highly recommend a full immersion into her work and her understanding of art. In 1997 the Fundación Antoni Tàpies hosted an exhibition of her work, and the Fundación Juan March, in 2011, presented some of her work for the exhibition “Geometric Abstraction in Latin America (1934-1973)”.

The exhibition invites us to reflect on the role of the viewer and their transformation from mere passive receiver of a completed work of art to their active intervention, interpreting it, manipulating it and even becoming a physical part of it: a plurality of meanings converging together, with the aim of creating a new way of understanding and relating to art.

Lygia Clark (Bel Horizonte, 1920 — Río de Janeiro, 1988) studied in Río de Janeiro and Paris, and after spending some time working in abstraction, became a part of the Grupo Frente and was later one of the signees of the Neo-Concretism manifiesto. She began her most creative phase of her career in 1960 when she looked at reinventing the interaction between the work and the viewer. She is currently considered a point of reference in the study of what the limits of art are, and of what the active role of the art viewer should be. 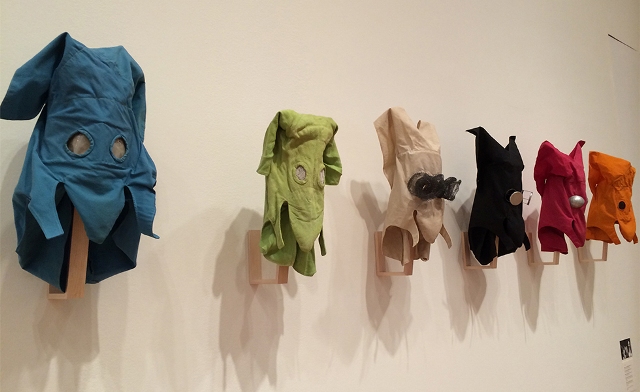