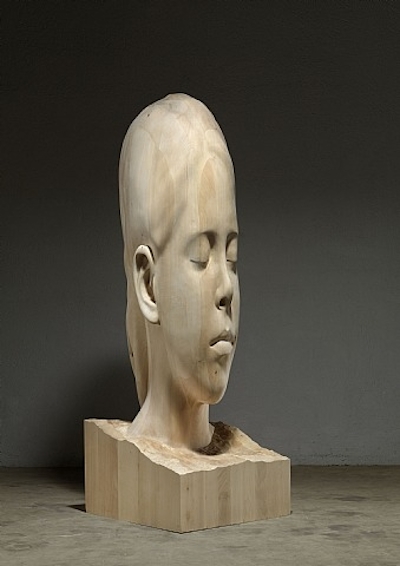 Paula, with her closed eyes, her low undone plait and her trunk-sized proportions, could only have come from a lime tree… She seems timeless and without origin: she might come from the Mediterranean, or perhaps she’s the sister of one of the figures constructed by the Polinesian tribe.

At the 33rd edition of the ARCO fair, this sculpture by 59-year-old Barcelona artist Jaume Plensa has powerfully stood out from the rest of the works on display. The art event has found itself this year in the middle of a war of numbers: according to the latest report published by Artprice, art sales in Spain have dropped by over 60%, leading to the Government’s decision to bring forward the planned decrease in art-related VAT just ahead of the ARCO fair, giving it some much-needed breathing space.

In the midst of all this controversy is Paula, seemingly asleep and somewhat alone and distant in her Lelong Gallery stand. She seemed to attract peace, introspection, spirituality and above all authenticity in a sea of noise, business, fluctuations, cameras and, dare I say it, a certain emptiness.

Paula is one of Plensa’s representations of girls based on real models. She is nine years old and her eyes, fully closed, are a symbol of the inner energy that she holds within and with which, in a way, she illuminates us. She seems to be thinking both about the past and the future — she is a timeless piece, giving off a feeling of fragility and power and inviting us into her inner world.

Paula’s features are both latino and oriental — ultimately, she is an idealization of human race and beauty, that is to say, a totem. Observing her, one is immediately reminded of the Easter Island statues, which became ancestral representations when eyes of coral or red volcanic rock were added to them.

The human body is the central axis of Plensa’s work, perhaps because the body, particularly the head, is where the brain and the soul reside. “We must not confuse the brain with the cerebral. The brain is the wildest place in our body. Let’s give it freedom to act”, says the artist.

His faces represent a search for spirituality, bringing us straight back to El Greco. “They are like the flame that is born from the earth”, says Plensa, as if it were the famous Renaissance painter speaking.

Paula is a tremendously beautiful, precise and poetic work. The artist’s work is often full of austerity and specificity: “I look for austerity in the message. One must create the purest possible bottle so that it may protect the message on its journey, but without overshadowing the importance of the message itself.”

In his search for austerity, or better still, purity, Plensa works with materials that we associate directly with light, with whiteness, with silence and calm. Alabaster, marble, light-attracting molten iron painted white.

Having said that, Paula is unusual among his works as she is made of wood, a warmer, more organic material. Lime, in fact.

Lime wood has a clear, relaxed colour, a sort of pale yellow, reminding us of this elegant tree with its soothing leaves. We ran our fingers across its knots, the surface of this hundred-year-old lime being extraordinarily smooth and fine. We remembered Plensa’s reflection: “... I am Mediterranean and I have eyes in my fingers. I need to touch things, feel things physically — I have attempted to represent abstract concepts such as light, poetry, sound, the inner world, in a tangible, physical form that you can touch. I enjoy interacting with my own work, which is always directed towards the human being.” 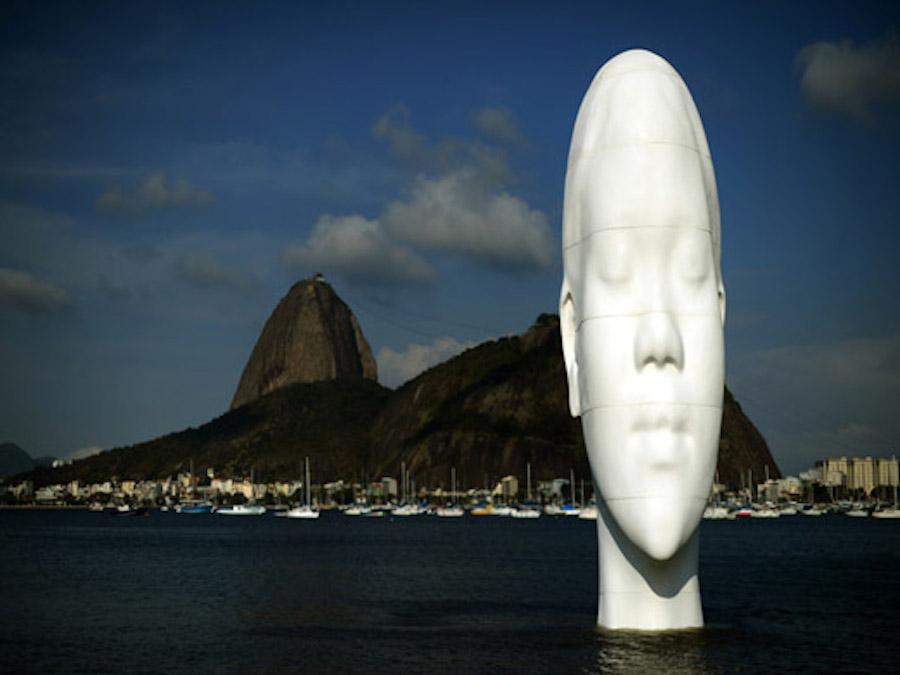