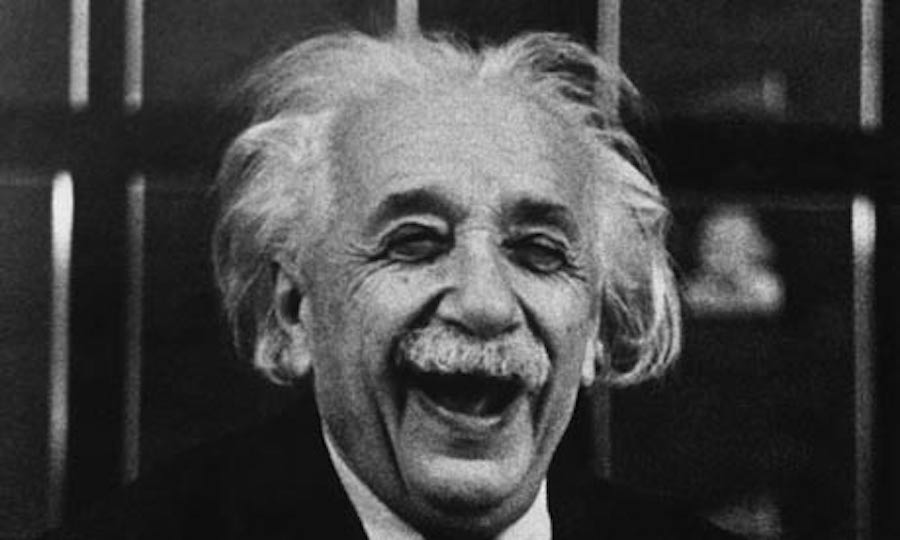 This article is about the theatrical release in Madrid of "The Name of the Rose".

Jokes, word play, irony and a good sense of humour have always been key elements in human relations. The various forms of comedy performances, or the jokes that find their way into our daily conversations, contribute to our moments of laughter, a mechanism with a clear relaxing and therapeutic function, helping us cope with life's worries, anxieties and struggles.

In all the above situations, laughter and wellbeing are generated by our intelligence, creating a kind of oasis in the desert of seriousness. Or to put it another way:  ingenuity, irony, jokes and comedy are all tools that we subconsciously use to take a serious situation lightly, or conversely to take light situations seriously.

On the opposite side of laughter is sadness and rigidity. Laughter is carefree, light, it provides us with feelings of enjoyment and wellbeing. It is our desire to increase and intensify the moments of laughter that incite and stimulate ingenuity, irony and parody, which are nothing more than intelligent forms of criticism. The times when the enjoyment we get from laughter is at its peak are the times when ironic, parodic or humorous criticism towards people, situations or institutions allows us to see their ridiculous side. That's why laughter has such a strong destructive power, and why it represents the most effective weapon against fear and authority, respect for truth, compliance with law or veneration of the sacred.

It's not such a mystery, then, that laughter is the most dangerous tool when it is directed towards the established order. This is valid in politics, science, religion, morality or social relations. It throws down the pretensions of the absolute and the sacred, used to teach us laws, traditions, truths, principles, beliefs and norms. "Laughter kills more than anger", according to Machiavelli.

It's easy to understand, then, why no totalitarian state could ever permit laughter and entertainment. The strategy of political domination is always rooted in fear, and humour is the best weapon to dissolve fear. That's the reflection that one gets from the speech by Jorge de Burgos - the blind monk in Umberto Eco's The Name of the Rose - when justifying the killing of all those who had read the second book of Aristotle's Poetics, lost since Antiquity and found again by chance in the library of the old monastery. It was a highly dangerous book, because its plot, developed no less by the greatest and wisest philosopher known since then, was in fact comedy and laughter:

"When the villager laughs, it makes him feel like a master, because laughter has reversed the relationship of domination. Laughter conquers his fear, which in reality is the fear of God. We must destroy this book, which presents comedy as medicine and liberation, because it brings about the overthrow of order which can only be maintained through fear."

There are certain things which weigh down on us and inexorably direct our lives: dogmas, absolutisms, the undisputed: it is only when irony and laughter show us the ridiculous side that they stop imprisoning us with their chains - something which, however, does not come without its high cost... Today, for example, one can still be persecuted and killed for showing irreverance towards the prophet Mohammed. And we are still not permitted to joke with what for some is still sacred, serious, perfect.