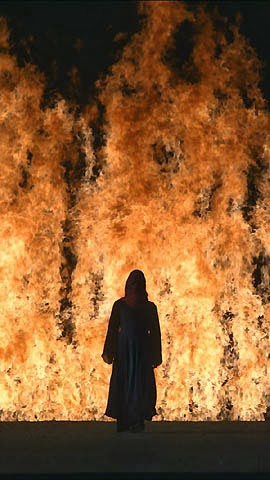 Of particular note were Marc Piollet’s music direction, the Lithuanian Violeta Urmana’s powerful voice (in the role of Isolde) and Franz-Josef Seling’s masterful performance as King Marke. Bill Viola's video-art played a prominent role, thanks to director Peter Sellars' understated scenery and the seamless integration of his video-art into the opera.

Wagner, composer from the Romanticism era, raises Tristan und Isolde to its pure Romantic essence, praising emotion over reason. A romantic, like Tristan, lives and is consumed by his emotions, and perishes from his desires. In this context, death is understood as the beginning of life. 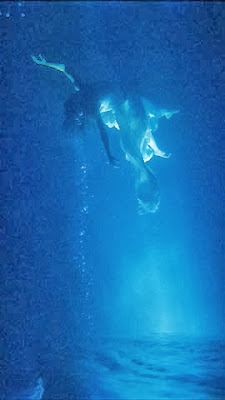 To yearn, to yearn!
Dying, still to yearn,
not of yearning to die!
What never dies
now calls, yearning
to the distant physician
for the peace of death.
No healing,
no sweet death,
can ever free me
from the pain of yearning:
nowhere, ah nowhere
can I find rest:
night casts me
back to day
so that the sun can for ever feast
its sight upon my suffering.

According to Schopenhauer, desire and longing are at the centre of human life: we are made up of wants and needs. Our lives are but a fight for survival towards an irreversible end (death). But our desires and aspirations also lead us to suffering, Schopenhauer says. To finally reach our goals is to experience something even worse than death: emptiness and boredom. Life is nothing but a pendulum swinging between need and tedium.

The influence that Arthur Schopenhauer’s thinking had on the composer is well documented. Buddhism, widely present in the philosopher’s writings, was also an influence on Wagner while he was writing the libretto for Tristan und Isolde (as well as composing the music for his operas, Wagner would always write his own librettos). 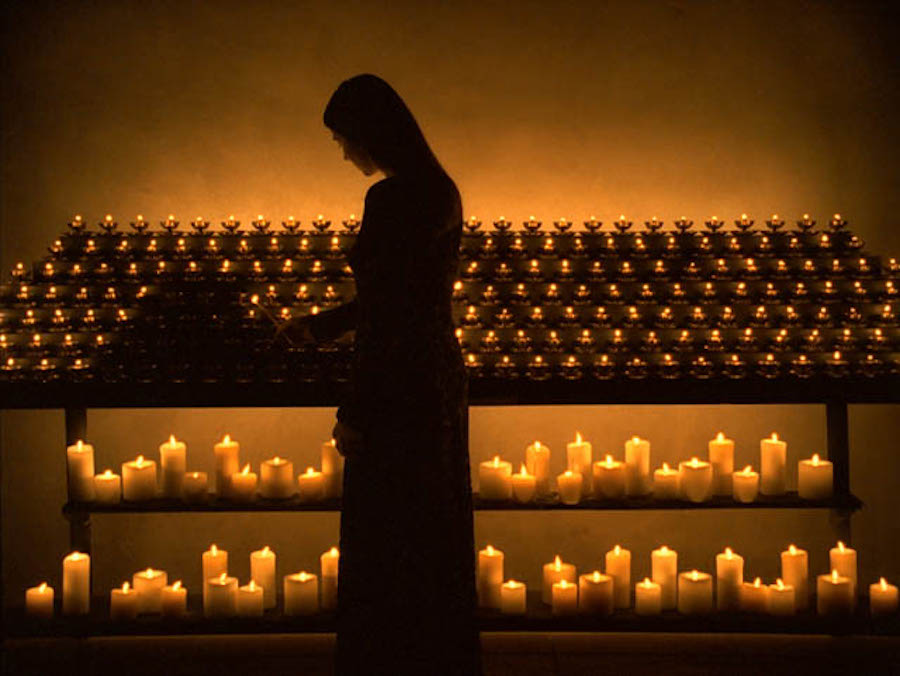 The question of spiritual influence is in fact something else the two have in common: Viola, whose roots can be traced back to the spiritual traditions of Buddhism, Christianity and Islam, uses video-art as a channel for self-discovery, evident in the mystical visuals by the artist that complemented the opera.

The four elements - fire, water, air, earth - feature prominently in his work, as well as the concept of decelerating time and an aesthetic style influenced by artists such as Zurbarán, Velazquez, Goya, Ribera, el Bosco… Water, essential for life, is often used symbolically in his work since he almost drowned at the age of six. He speaks of this experience as calming and peaceful, not as tragic or fearsome. Water is indeed the great constant throughout his videos: life, movement, birth, cure, pleasure, pain, death, mystery...

The four natural elements were also how the pre-Socratics explained the origin and cause of the cosmos. 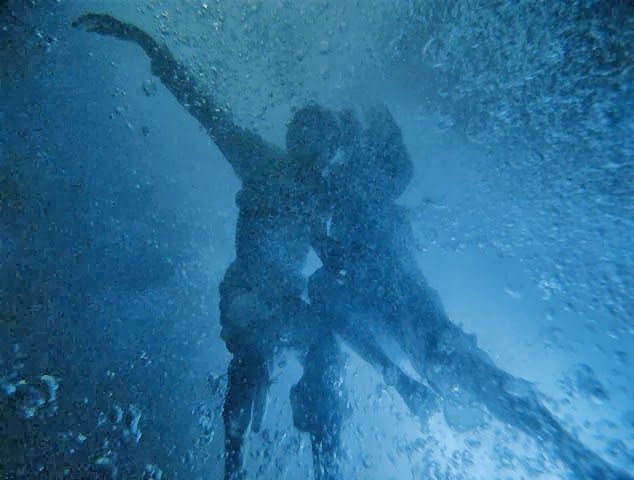 Throughout the performance, Viola's videos gradually aligned more and more with the opera's storyline, becoming one and the same in the last act - the best, in my opinion.

“A lot of my work is based on bringing opposites together. White and black, light and darkness, fire and water, day and night, man and woman, birth and death. These are the elements that Man has been experiencing since the beginning of time.” Bill Viola. 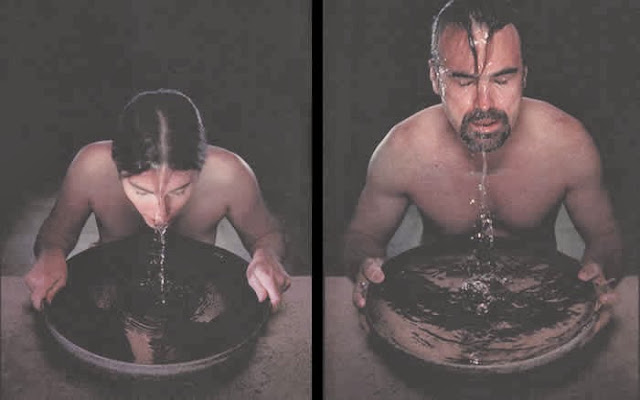 Act One began with sea scenes and images of Shakespearean actors (some nude) that Viola used as symbols to represent the characters of the story. These were followed by superb scenes of the titular lovers of great intensity, romanticism and drama, whereas Viola's screen depicted a purification ritual of the main characters, water symbolizing the beginning of life and atonement. 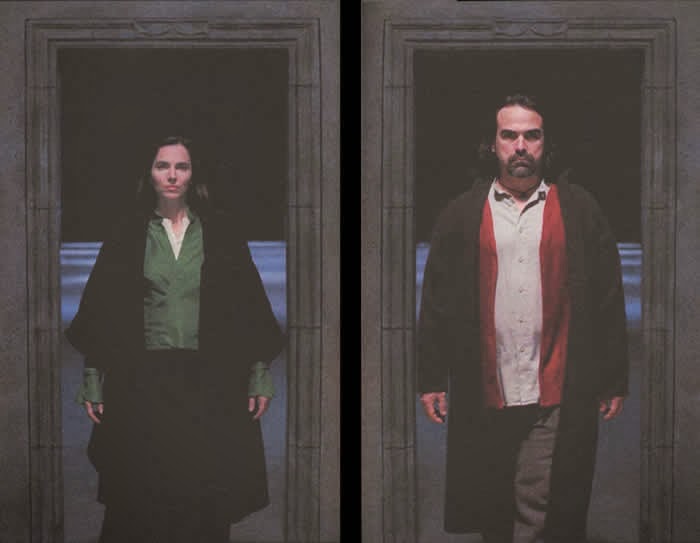 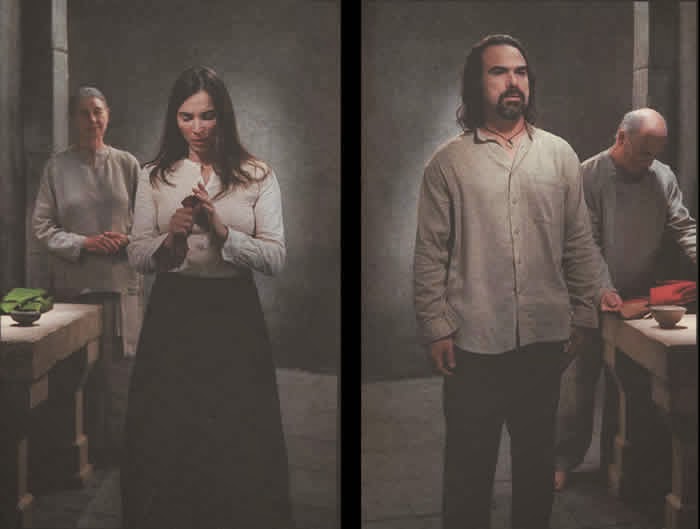 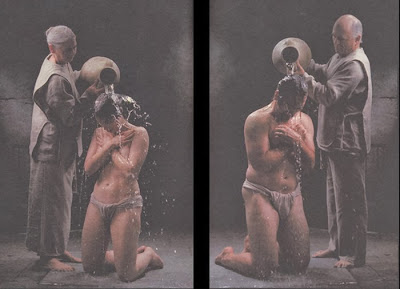 The next element was fire, used here as a symbol of the fight between life and death - great scenes of huge flames burning away accompanied by intense music. 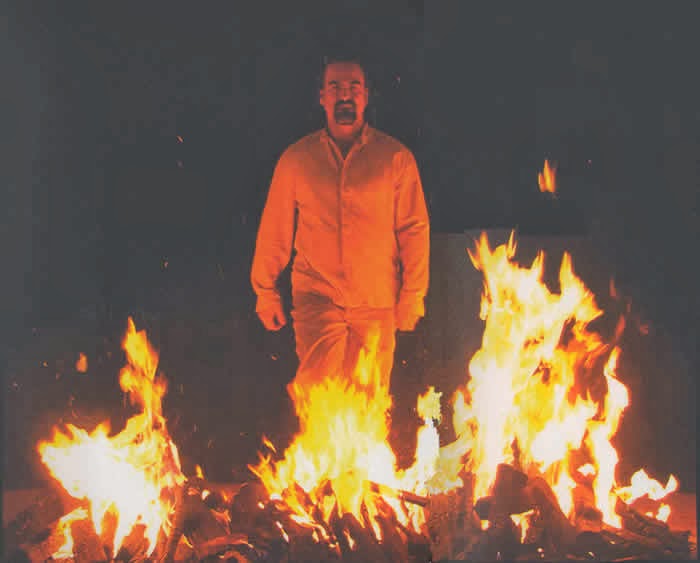 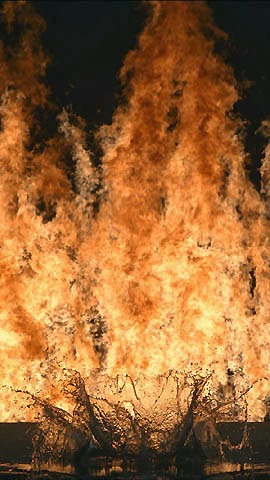 The water scene where Tristan’s dead body rises up to the heavens was the climax of a sublime Bill Viola at work. 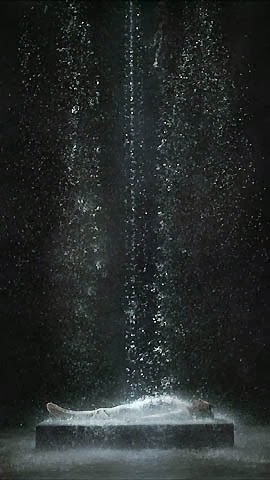 As sublime as Wagner's music. He does not preted that we take a pasive attitude of pure pleasure towards his music, he desires much more. He wants us to suffer an interior transformation and for us to transcend by forsaking our individuality, and embrazing others as a whole through the common experience of joy (Dionysian ectasy) and pain (tragedy). Like Isolde at the end. 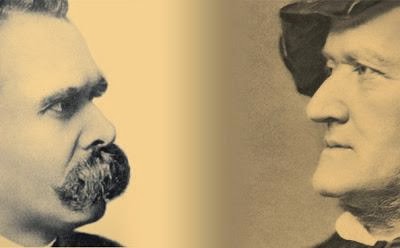 Friedrich Nietzsche was a composer as well as a philosopher. His troubled relationship with Wagner went from deep admiration after discovering his Tristan und Isolde, to terrible hatred and the subsequent end of their friendship. Nietzsche did not take kindly to Wagner’s Parsifal and its strong religious centre, especially its Christian idea of compassion.

All qualities are united in music: it can lift us up, it can be capricious, it can cheer us up and delight us (...). Its main purpose, however, is to lead our thoughts upward, so that it elevates us, even deeply moves us (...). Music often speaks to us more deeply than the words of a poem, as it is able to enter into the smallest corners of our heart.” F. Nietzsche. 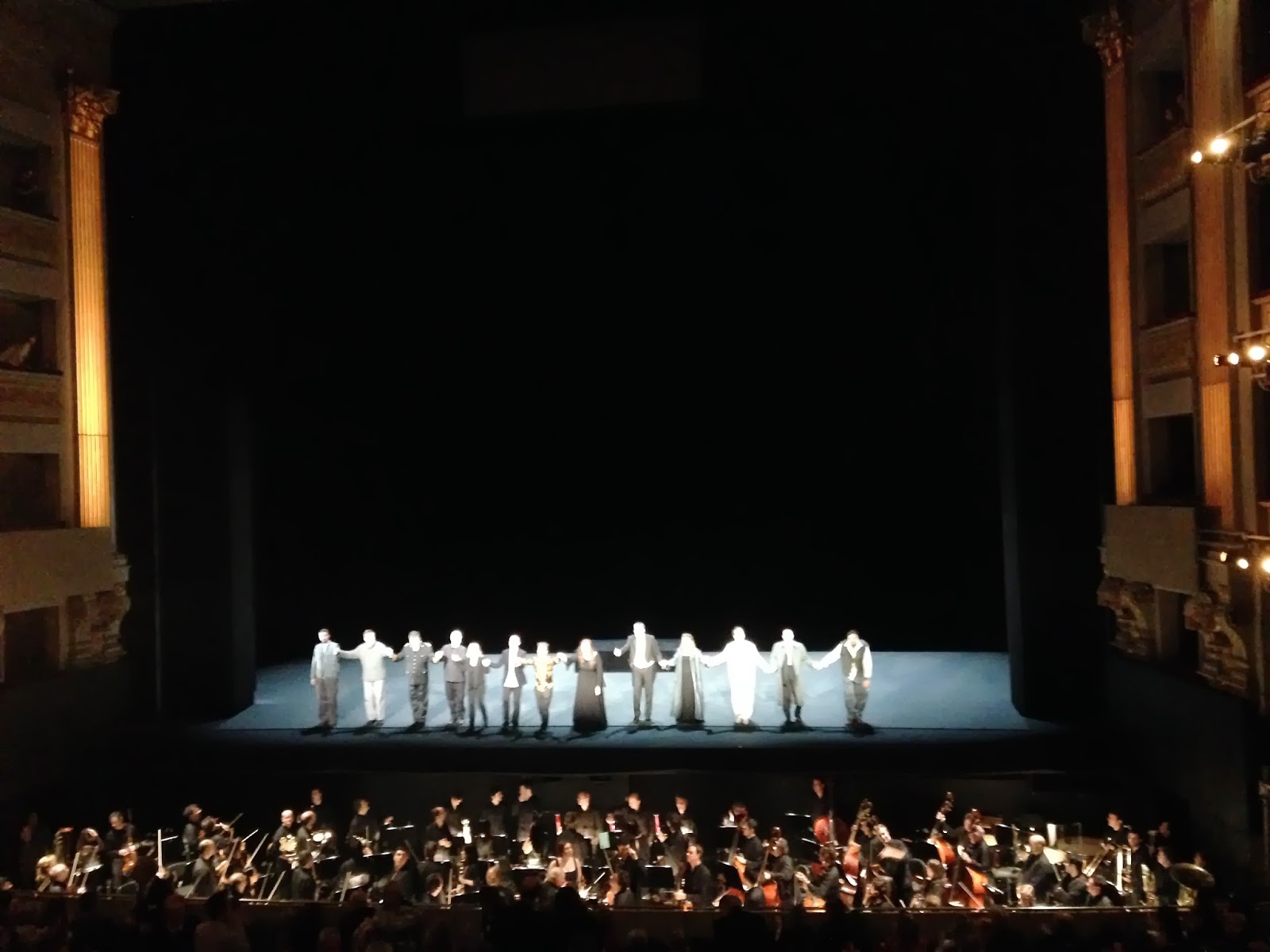