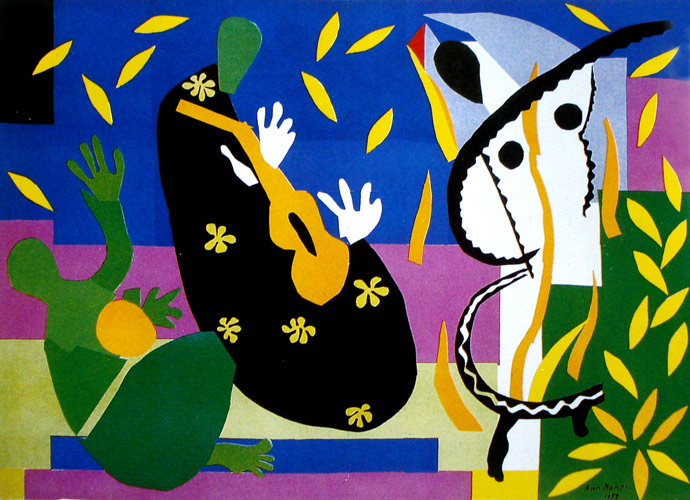 London’s Tate Modern is currently dedicating 14 rooms to the most idiosyncratic works of one of the 20th century’s French geniuses, Henri Matisse — his famous paper cut-outs.

In 1941 his health suffered a great blow and he became wheelchair-bound, but this did not stop his great creative spirit from expressing itself. He focused his creativity on a new language which he called, “painting with scissors” — he didn’t see this as stopping painting, rather a continuation of his creativity and art. 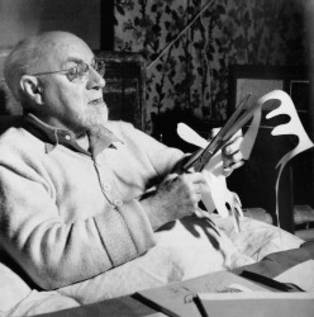 This new visual language consisted of pieces of cut-out paper painted in bright colours, at a time when Europe was being overshadowed by the Second World War. His assistants, led by Lydia Delectorskaya, would paint sheets of paper with brightly coloured gouache and, following the artist’s orders, would hang them on the walls of his studio and bedroom. 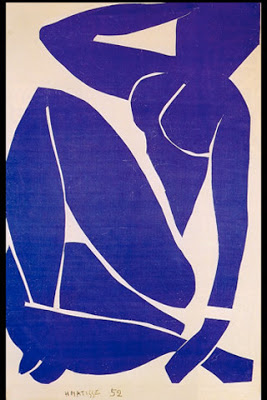 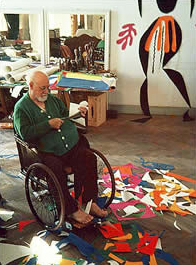 Matisse spent long hours reflecting on the different possible combinations before setting out with the scissors. He executed numerous sketches and studied different points of view before deciding on a final composition for his collages.

The exhibition includes a number of films that help us get closer to Matisse’s creative process. We see how, with strong, sure hands, he cuts away at the paper to create improvised shapes, impossible to define, and how he indicates to Lydia Delectoskaya where they should be placed.

In the cut-outs themselves we can recognize the images that have always been a constant in his art: dynamic dancing scenes (Shostakovich’s Symphony No. 1), seascapes full of fish, corals and leaves (representing his memories of his travels to Tahiti), the blue nudes series, the Moorish mosaics… 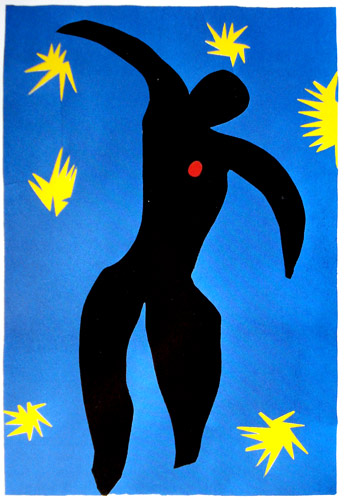 The Jazz Book is one of the key pieces of the exhibition, containing 20 sheets of cut-out paper with circus motifs and texts written by Matisse himself. The book is considered one of his most innovative works.

In 1947 he decorated the Rosary chapel in Vence, the work which perhaps more than any other describes his simplifying tendency towards flatter forms. Matisse placed great emphasis in this work, which took him over four years of labour across many different aspects of the church: the composition of the building’s windows, the design of the priest’s liturgical robes, the walls’ murals, the design and structure of the altar, etc. The artist was very pleased with his output, and was known to have called it “the result of all my active life”. 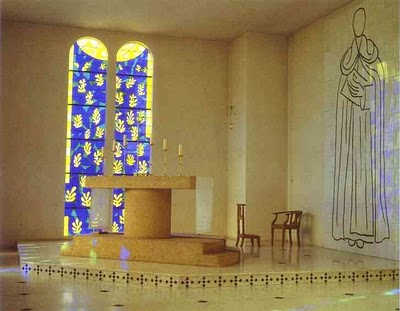 The last rooms of the exhibition are dedicated to larger works, made just before his death in the beginning years of the 50s: Le Perruche et la Sirène, The Snail, Memory of Oceania and Large Decoration with Masks, all of which are in fact displayed together for the first time in London since their creation in 1953.

The exhibition manages to transmit to the visitor all the vitality of the artist and his work — as Benjamin would say, the aura is present here.

Congratulations to Nicholas Serota, director of the Tate Modern, and to all his team!