The Chapman brothers’ “Come and See” exhibition invites viewers to reflect on the meaning of art and its countless ramifications.

The Chapmans are part of the Young British Artists group, and a large part of their work is inspired by the Old Master Francisco de Goya. The artists’ desire to recreate Goya’s “flat” paintings in three dimensions is evident among the work on display.

These photos show Goya’s etching on the right, and the related Chapman sculpture on the left. Although these works were not included in this exhibition at London’s Serpentine Gallery, it does go to show the relevance and modernity of Goya’s work, which dates back to around 1810.

A number of years ago the two brothers obtained one of Goya’s series of anti-war etchings titled “The Disasters of War”, and replaced the victims with clowns and puppets: an example of the irreverent black humour so often present in their work.

What surprised me the most in this visit, however, was seeing a group of people with Down syndrome accompanied by their carers. I don’t doubt that such an exhibition could be meaningful to them, although I struggle to see how. At one point one of them insisted that their carer take a photo of this piece for them. 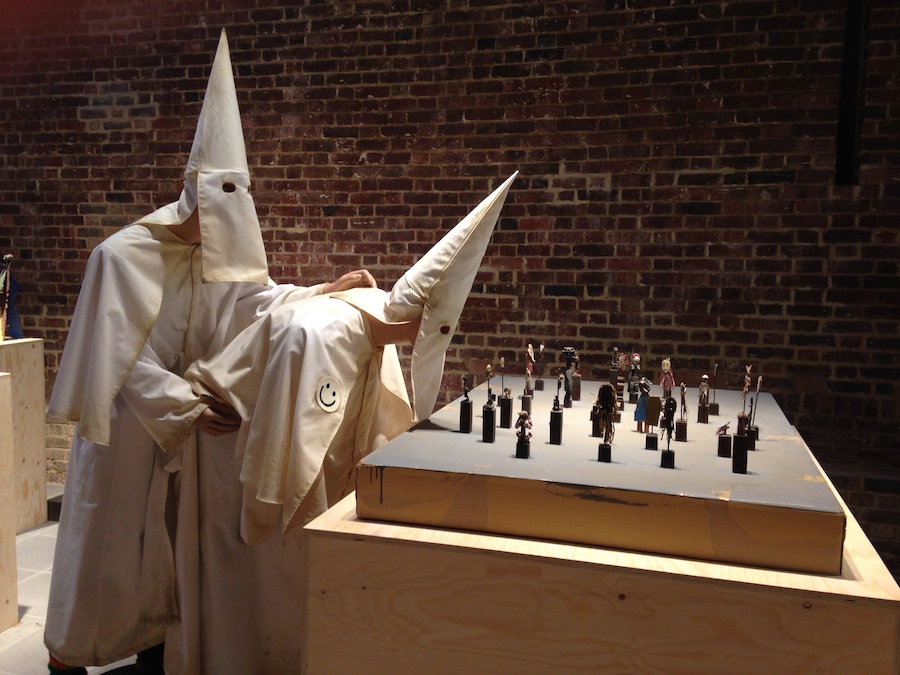 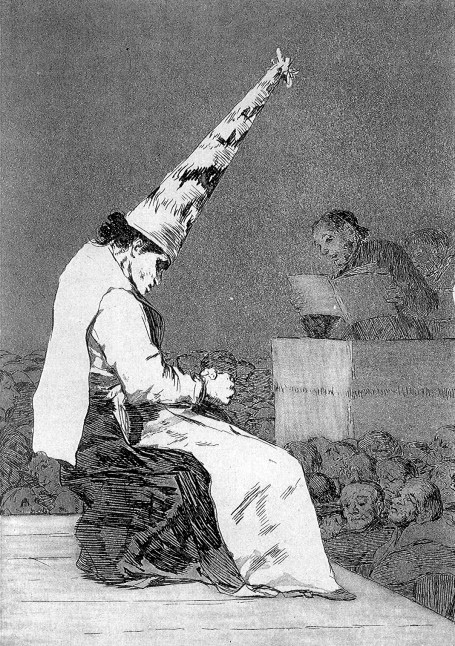 Sex, religion, morality and culture are the main themes dealt with in their work, and their tone is grotesque, aggressive, provocative. In particular, references to morality can be seen in a series of life-size figures dressed in white tunics and hoods, looking down at what lies before them - a nod to Goya’s etchings depicting the Spanish Inquisition (this dress is also typically seen among penitent brotherhoods during Spain’s Holy Week). With these etchings Goya was speaking out against the Inquisition and superstition in general. The Chapman brothers are also creating an analogy with the robes worn by the Ku Klux Klan, the American far-right white supremacy group. This serious ideological tone is somewhat eased by the smiley faces present on the tunics, and by their grotesque sandals and colourful socks. 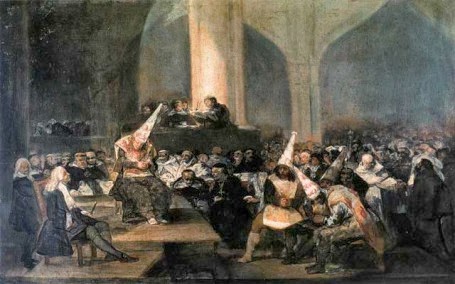 What pushed me to visit an exhibition displaying humanity’s darkest moments? Mostly out of a sense of curiosity, influenced by a powerful art market whose job it is to create tastes and spark our interest. I wanted to know why this kind of art had become so successful, why it had achieved critical acclaim. And secondly, the art on display here forces me to reimagine my own ideas of political correctness and beauty - it’s taboo-shattering, and provocation is a key component of the art of our day. Having said that, once inside the exhibition I found the crudeness a little excessive. I ended my visit feeling that it was all too showy, too self-aware - the same artist-viewer dialogue of social and cultural critique could have been established in a much less aggressive manner.

It’s difficult to explain. What one finds here is ugly, aggressive, violent and unpleasant. The art mercilessly forces you to face the basest and crudest sides of human beings, leaving out civilization, culture or any of the other more constructive capacities of humanity which differentiate us from the rest of the animal kingdom. A real-world depiction, in all its rawness, of Twain’s quote: “Of all the creatures that were made, man is the most detestable. Of the entire brood he is the only one--the solitary one--that possesses malice.” 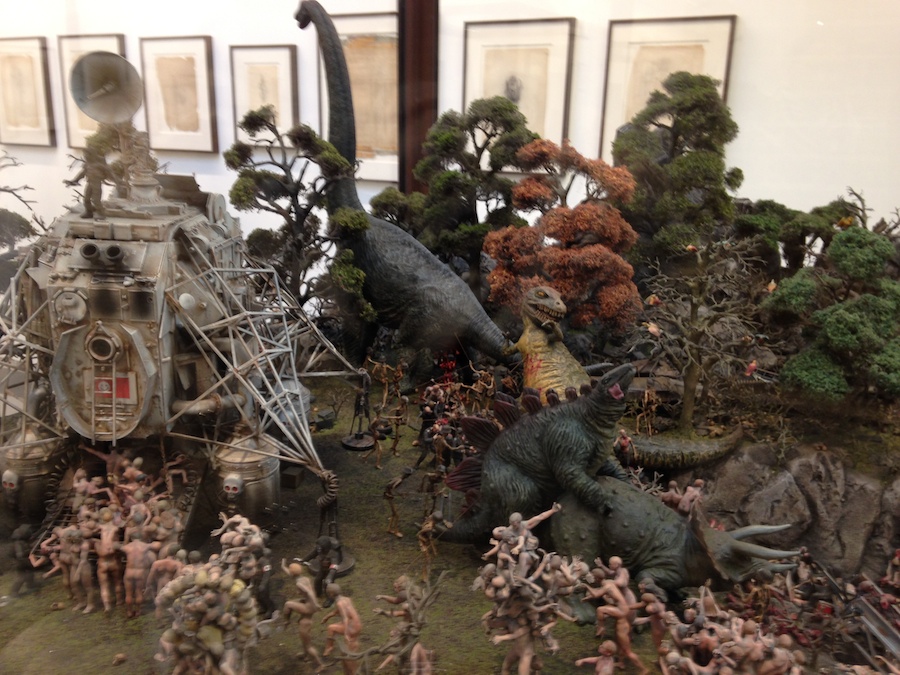 Of all the exhibits on display, I most enjoyed the oil paintings. The majority of them belong to the White Cube gallery. 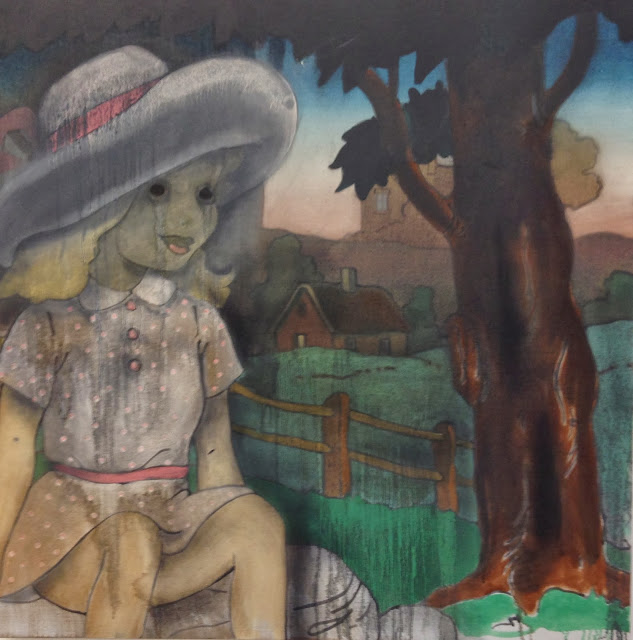 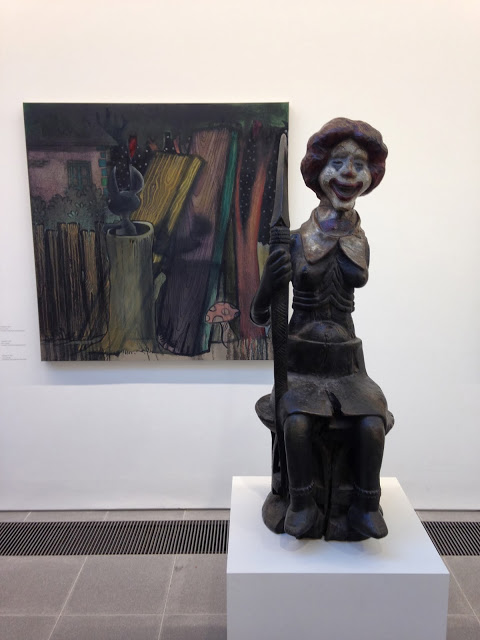 One of the rooms was dedicated to works made of cardboard.

Duchamp famously said that art is in the eye of the beholder, not in the artwork itself. Art is and has always been a means of communication between the artist and the viewer. Francisco de Goya, the Chapman brothers: one message, two centuries... 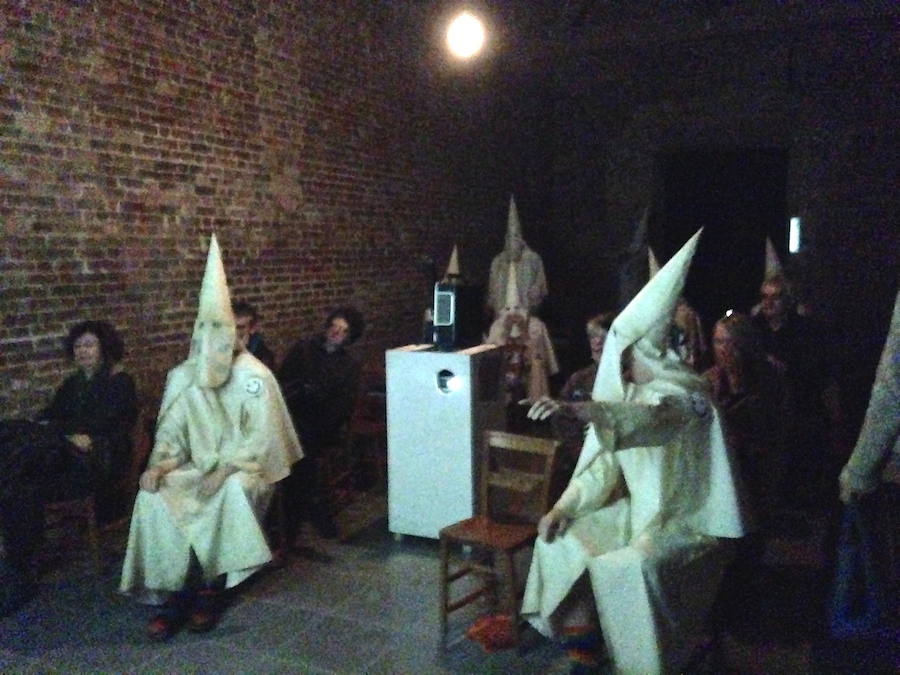 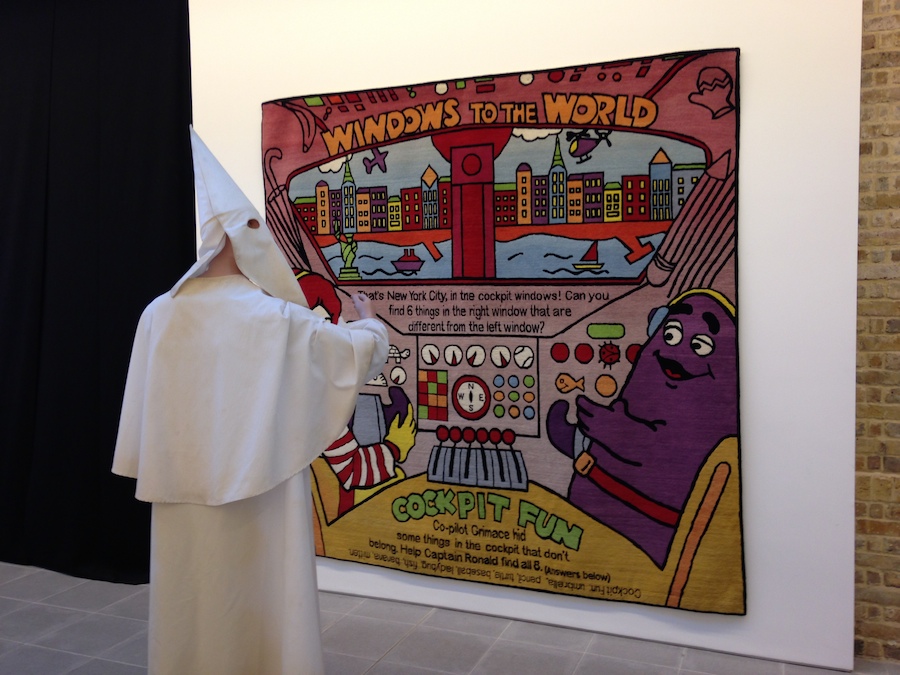