This wonderful exhibition of Adel Abdessemed, artist of Argelian origin, can be seen at the Museum of Modern Art in Doha, Qatar, until January 5, 2014. The exhibition opens our eyes to the violence that is present in the world. Adel’s work focuses on art as as a tool to condemn violence, and through his work he describes himself as an artist of action. This is Mathaf’s most significant project to date.

At the entrance to the museum we see La Vase Abominable, a vessel of uncommon proportions resting on a base made of bombs. A vessel and weapons: two of the first artifacts created by Man are united as symbols of our contradictory human condition, creation and destruction.

In the entrance we can also see a video projection called Ayaï, where the action of a bare foot stamping violently on a rose in a cobblestone is repeated endlessly. A curious visual effect is created by the complete destruction of something that evokes beauty.

Under the video we have the Soldaten. Abdessemed sees them everywhere, from Northern Ireland at the start of the 90s to modern-day Afghanistan. For security reasons. For our own safety. Soldiers represent the continuous wars of our time. 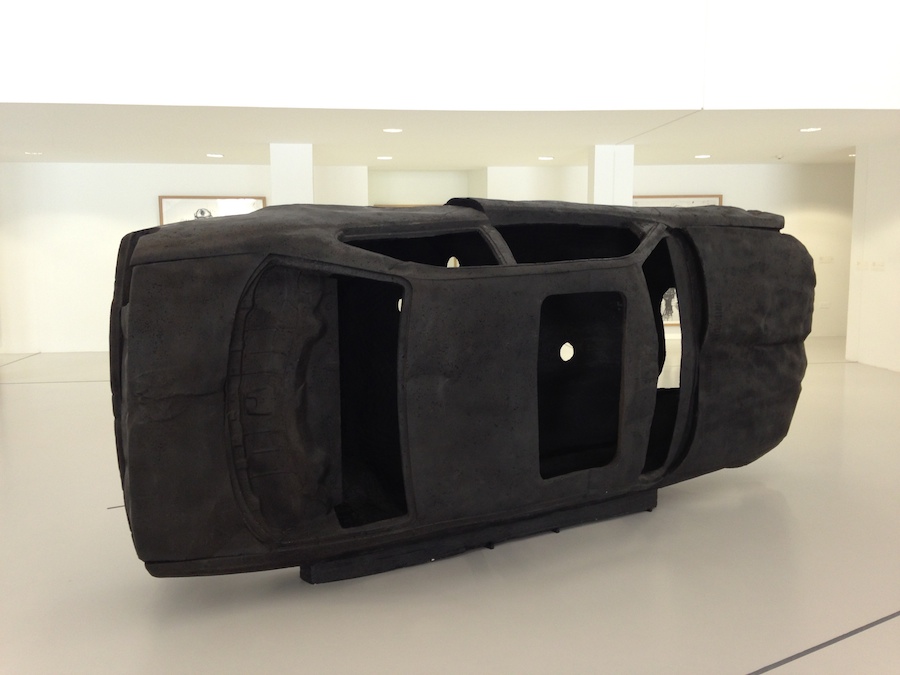 Lastly in this room is Practice Zero Tolerance (2006), a terracotta car that seems to be carbonized, in stark contrast against the white walls. An image that reminds me of the many scenes of terrorist attacks in the media. 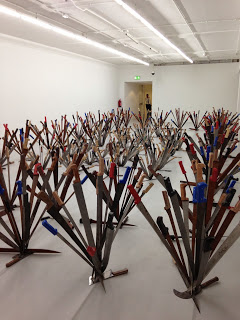 The next room certainly doesn’t leave one indifferent. East of Eden is the first memory of a field of flowers transformed into knives.
“What a strange metamorphosis is imposing itself into our memory. What a vast and repeated crime has been committed against us, against our bodies, against the soil that we tread on, transforming old dreams of goodwill and happiness into waste, leading to soil destroyed by evil, violence and its signs, for a moment together again in a figure similar to the archetypal garden”. 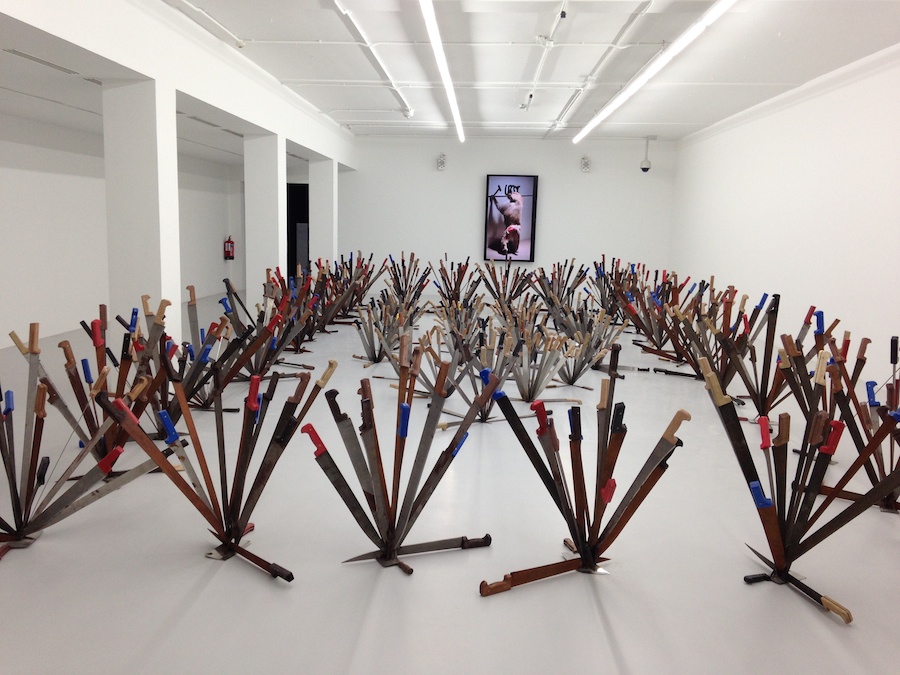 On the far side of the room, a video (Mémoire) is being projected of a baboon placing letters on a wall, spelling out "Hutu" and "Tutsi" - the two ethnicities which in 1994 caused the Rwandan genocide. Memory, memory everywhere... 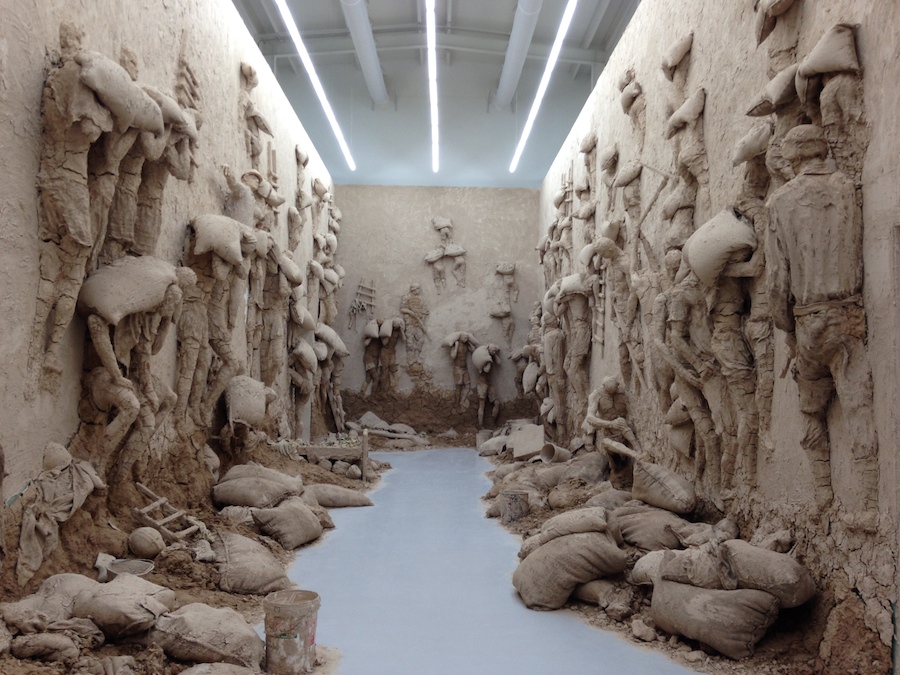 Suddenly I walked into a room and the impact was shocking. I found myself surrounded by a human installation tile covering the huge walls. I assume that the artist had to be performed exclusively for the exhibition. Room of a man as a builder. Shams is the name of this huge and very powerful installation. Man as a builder of monuments to perpetuate the memory. The archetype of the artist as a great builder. I found this installation as a kind of tribute to the millions of men who have helped build our memory and which are invisible.memoria y que son invisibles.

Little Pot is a series of everyday jugs made of different materials (clay, rubber, lacquer, jade...). "Gift of love", the promise of time yet to come, perhaps.

Room of the eternal, or Beyond time. Julie. D'un horizon á un autre. This refers to the concepts of eternity and the infinite, two terms which have much to do with the figure of the artist, since his work is related to space and time. The artwork represents his wife made out of salt stone on a rock from Qatar.
“In art, eternity and the infinite are related to the notion of beauty, since in life, beauty is similar to happiness”. 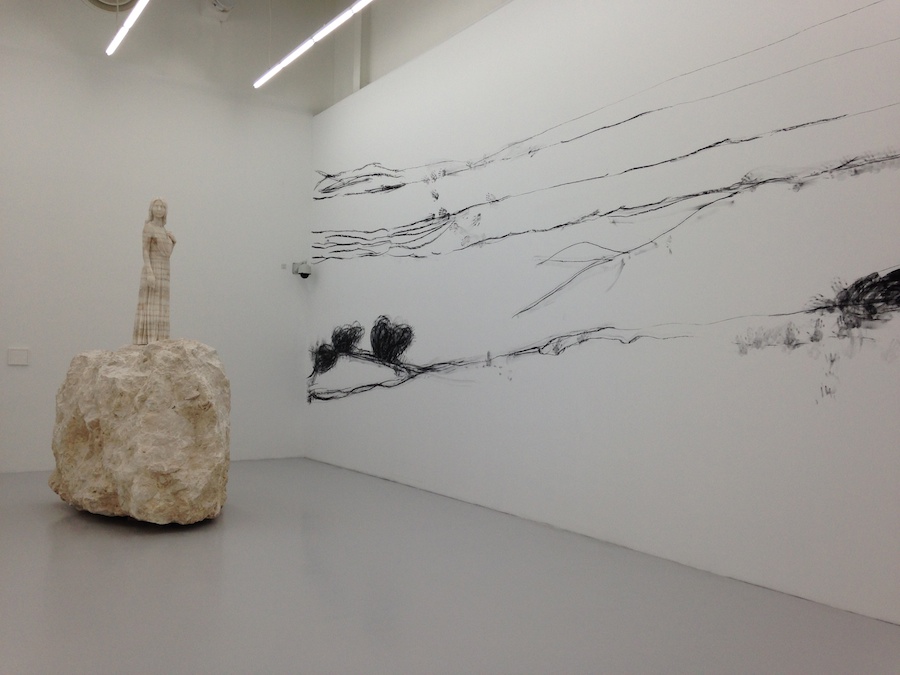 And finally, a golden panel with its four daughters as a dreamt memory of a time that is to come, L'Âge d'Or. 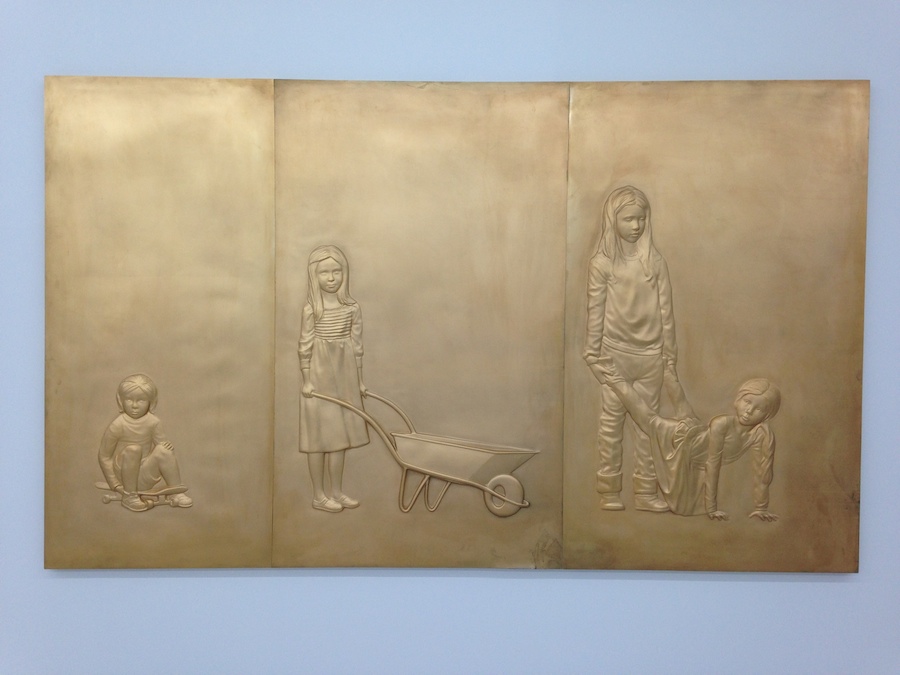 “L’Âge d’Or is a heavenly state where the fatigue of a life of effort and its subsequent unhappiness are banished. The Golden Age appears before civilization and its malaise. It belongs to the realms of myth and mythology…” Pier Luigi Tazzi 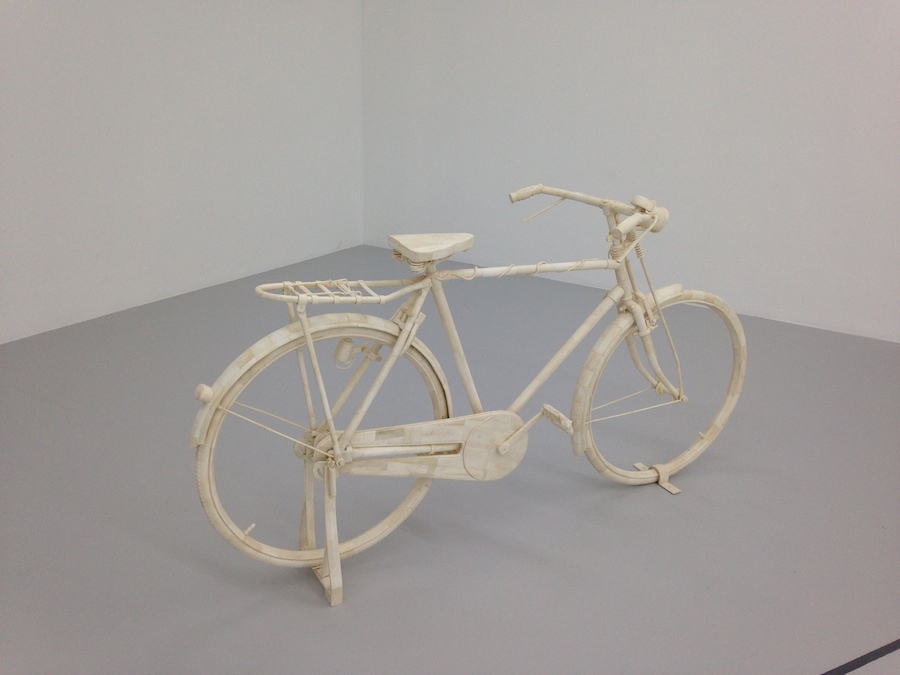 Even in the event of not being able to visit the exhibition, I recommend buying its catalogue. The majority of the information in this post comes from there. As well as explaining Adel Abdessemed’s work and thoughts in a very profound and precise fashion, it is also quite simply a delight for the soul. Art and philosophy are once again united with the purpose of attempting to comprehend our own existence.