Peter Doig, experienced painter of Scottish origin born in Edinburgh in 1959, is currently considered one of the best painters of his generation, his works commanding extraordinarily high prices. In his early childhood he moved with his family to Trinidad and Tobago, and in 1966 to Canada. 13 years later, in 1979, he took up residency in United Kingdom, where he began his studies at the Wimbledon School of Art and then went on to study at the Saint Martin's School of Art before obtaining an MA at the Chelsea School of Art. 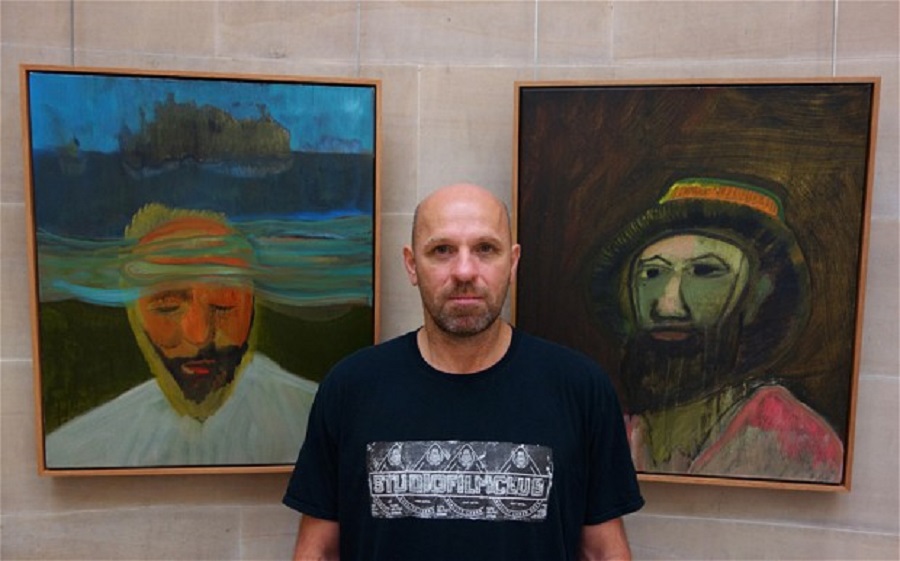 His art career led him back to Trinidad in 2002 where he opened his own art studio in Port of Spain. Since then, his career has enjoyed tremendous growth. In the following years he frequently travelled to London, New York and Düsseldorf, where he became art professor at the Kunstakademie (Academy of Fine Arts). Doig's work, often based on films and photographs, maintains a perfect balance between the figurative and the abstract. His work covers a wide range of themes, yet his influences are always clear, be they Canadian landscapes or elements from his own personal interests. His best-known work, "White Canoe", sold for over $11m, becoming the most expensive painting by a living European artist. 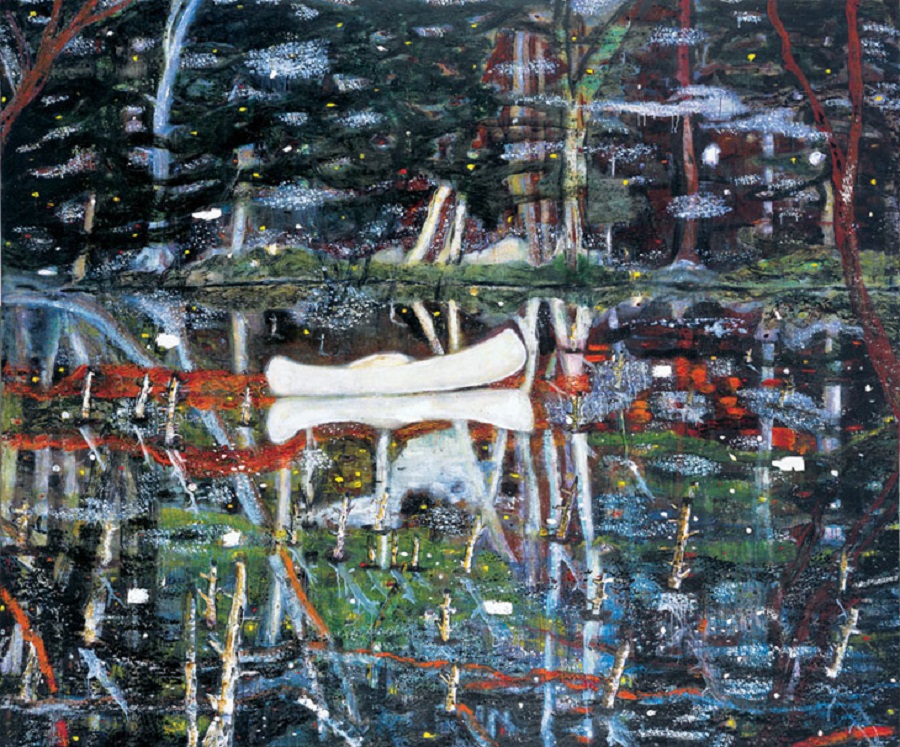 Doig's paintings are heavily influenced by painters such as Monet and Munch, and more broadly by Impressionism, Post-Impressionism and Expressionism. Despite the passing of time, his work originates from the experiences he lived during his early childhood, a time full of memories expressed purely and emotionally thanks to his meticulous technique. In 2008 the Tate Britain, which houses London's largest collection of paintings, exhibited a retrospective of his work including 50 oil paintings and other works on paper from the last 20 years of his career, and which are now part of the gallery's public and private collections. Another exhibition, titled "No Foreign Lands", was on show at Scotland's National Galleries and contained many of his best paintings.

In his paintings Doig reflects the deepest parts of his soul, a reflection which guides his work and which has become the cornerstone of his artist career. He takes to heart Robert L. Stevenson's quote, "There are no foreign lands. It is the traveler only who is foreign", its idea being manifested in the surprise and delight he experiences before the beauty of a landscape, even though it is familiar to him having been part of his surroundings for years. He observes the world around him with the wonder of a tourist who gazes in awe at a monument for the very first time. 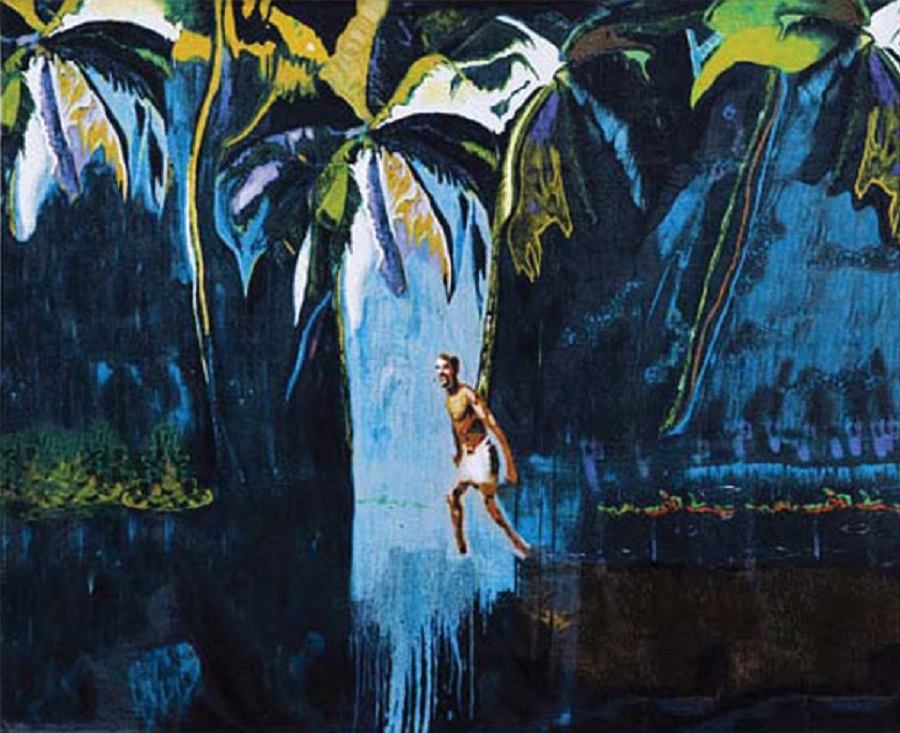 His past work also includes portraits of figures alone in the middle of wild natural settings, a clear example of which is "Red Boat", where the force of nature's colours and of the figures' structured shapes grabs the attention of the viewer. His photorealistic style allows us to classify his work into "white works" and "dark works", terms used by some galleries. An example of the latter group is "Unité d'Habitation de Le Corbusier", in which he resided for a period of time. In this work he represents local characters and the almost wild nature of the places that became his everyday surroundings, using a bright palette to give the images a great vitality. 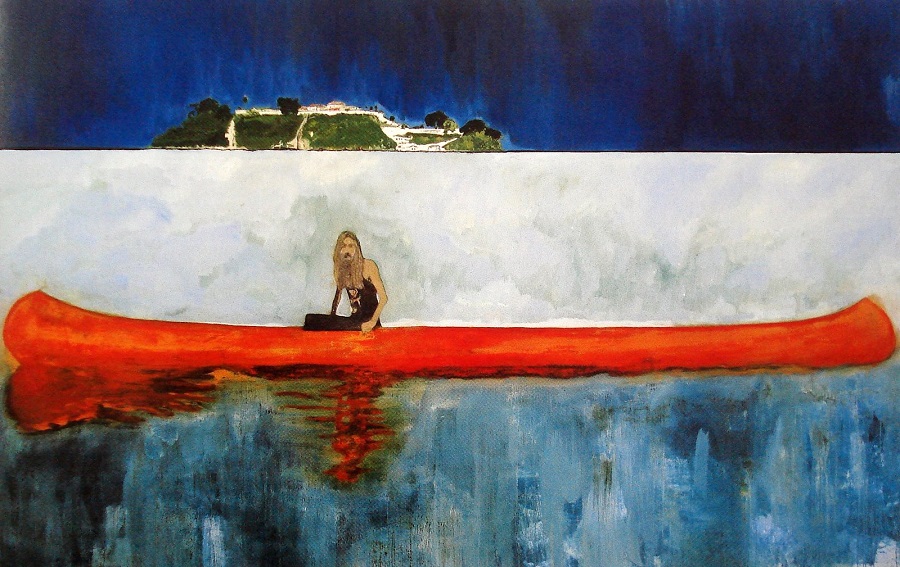 His work as a whole has become an homage to the artists he admires: Edward Hopper, Paul Gauguin and particularly Edvard Munch, as he himself has claimed. In 2013 Doig's paintings reached record sales figures, placing him in the same league as Jean-Michel Basquiat and Jeff Koons. In particular, his work “The Architect's Home in the Ravine” fetched €2.7m more than Dalí's most expensive painting at Christie's, becoming one of the world's most expensive paintings. 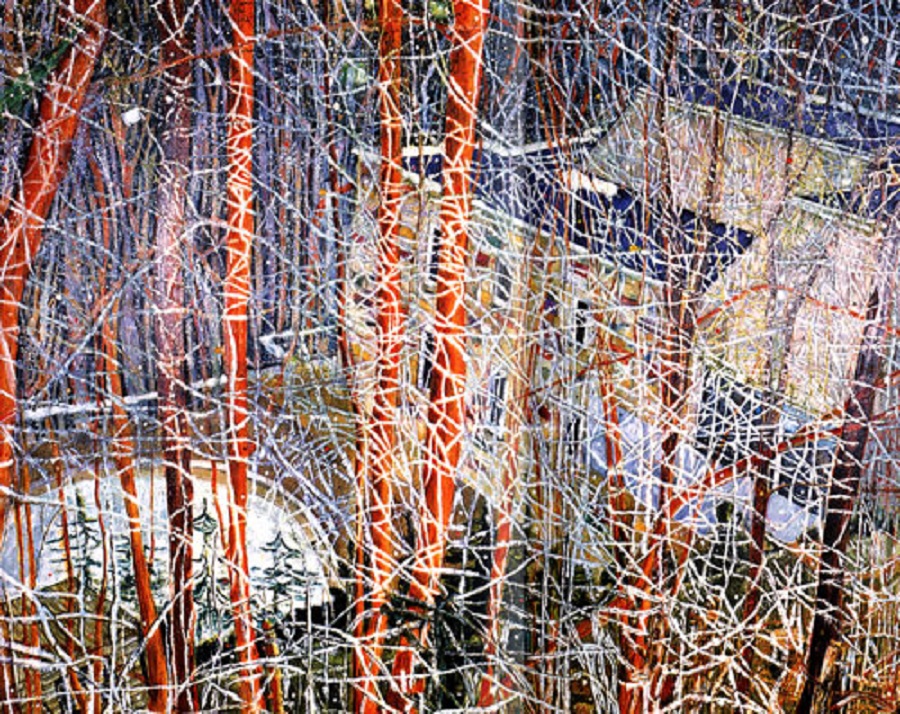 According to well-known art critic Adrian Searle, his painting technique can be described as a mixture of sources, influences and styles, a synthesis of popular imagery, autobiographical and imaginary elements, always perceived by viewers intuitively and via a kind of osmosis. There is no doubt that Peter Doig is an artist who feels what he paints, and who spends more time thinking about his work than he does producing it. In a number of interviews he has come across as a romantic who is open to sharing his sadness and longing for a different, foreign world. His artwork, although based on fantasy, is also recognizably realistic and not without a hint of nostalgia. He sees landscapes as metaphors for his own inner life, externalizing it and making it credible through the process of capturing it on canvas. Of his own work, he says, "Each painting is an idea. Each painting is the result of a process. Conceptual art takes away the joys of observation - colour and beauty."

A selection of his works has recently been exhibited at the Montreal Museum of Fine Arts, between February 7 and April 14, 2014. 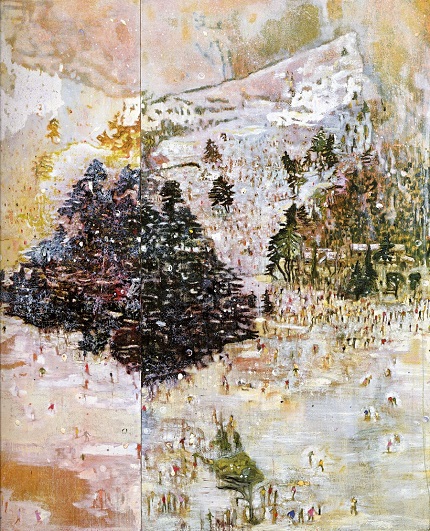 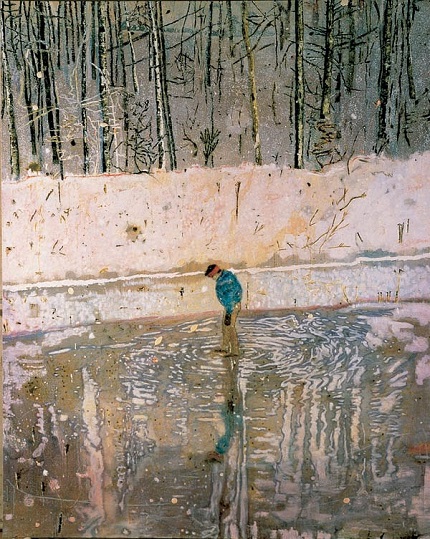 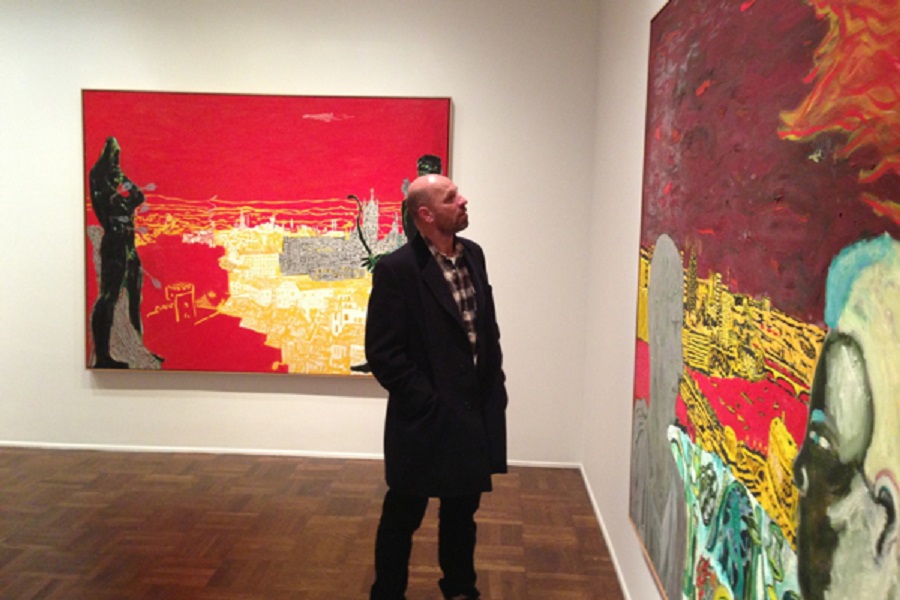