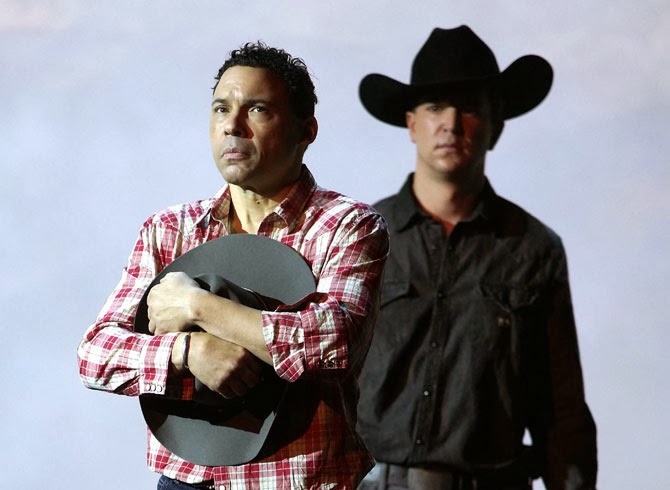 The world premiere of Charles Wuorinen's opera Brokeback Mountain is yet another success for the Teatro Real's former artistic director, Gerard Mortier. His genius, intelligence and sensitivity have brought other gems to Madrid in the past, such as Life and Death of Marina Abramovic (in collaboration with Bob Wilson), The Perfect American (Philip Glass) and Tristan und Isolde (Bill Viola) among others, making his operatic career a point of reference for many around the world. One should also not forget the brilliant transformation of the Madrid Symphony Orchestra (established in 1903) under his supervision (the so-called Mortier era). 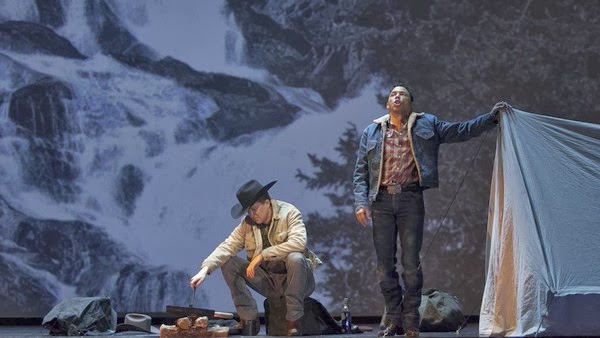 I enjoyed the libretto by Annie Proulx, author of the novel on which the film was based. Annie was not very impressed by the film's excess of sentimentality. I felt that this adaptation in opera form was more appropriate for the love story between two cowboys in the rugged mountainous expanse of Wyoming. Mortier understands this love story as "a deep forbidden love, unaccepted by society. It is not so much an American story as it is a universal one" -  in essence, the need to be loved, experienced by all human beings. 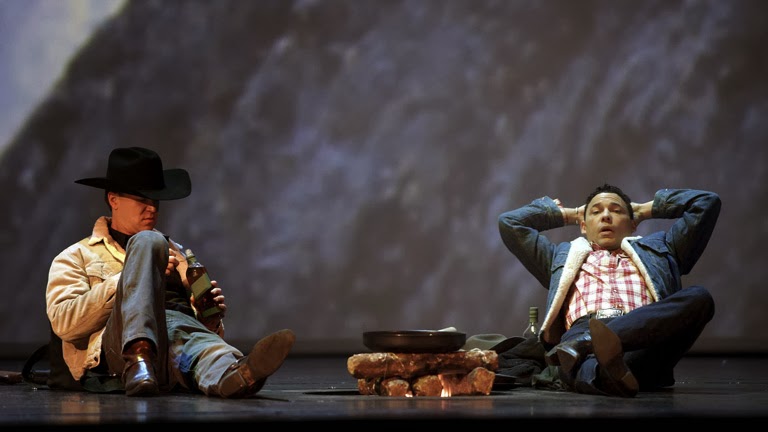 The score by composer Charles Wuorinen (born in 1938), contemporary and unknown to me until this production, worked beautifully with the progression of the plot and with the singing. It enriched and energised the dramatic love story, making it really take off in the viewer's imagination. The composer's aim, through his music, was to express the overwhelming force of Nature where the story takes place. In this regard, stage director Ivo van Hove accompanies the opera with video projections of the rough , desolate mountains of Wyoming. Only the scenes where the characters' family life is the focal point are more theatrical. 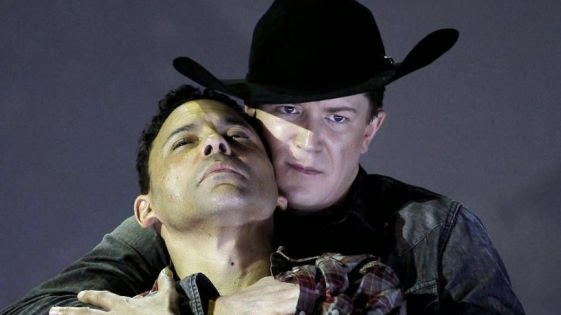 The two leads are played by Tom Randle, a tenor from USA, and Daniel Okulitch, a Canadian bass-baritone, and the music direction is by Titus Engel. This is a must-see event, playing at the Teatro Real until February 11, 2014.