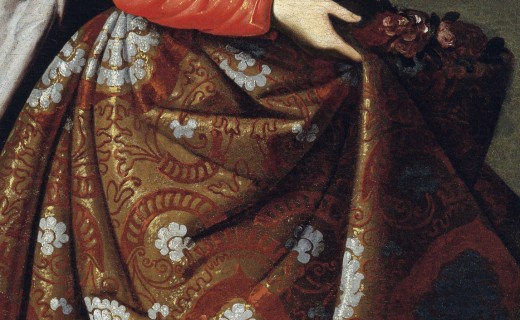 A conversation with Guillermo Solana 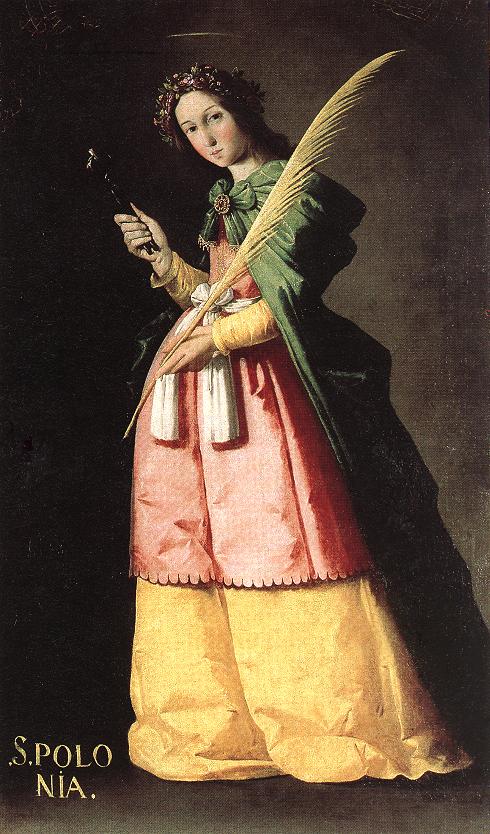 The entrance to the exhibition is hung with a large map of Seville during the first half of the XVII century. Zurbarán was born in 1598, the same year as the death of Philip II of Spain, and lived until 1664, one year before the death of Philip IV. It's numerical magic. Two great kings who each in their own right made decisive acquisitions and contributions to the royal collections.

Seville, at the onset of the 1600's, was a city of wealth and prosperity, full of convents, parishes, hospitals, an immense cathedral nearing completion ... but also overwhelmed by the heavy burden of the Counter-Reformation, Trento and the havoc wreaked by the plague. "Zurbarán was the painter who best understood the male monastic remit. This kind of painting was too severe and harsh for the taste of female congregations." Zurbarán was the son of a cloth merchant and he replicated those cloths in paint in each of his pictures: their heaviness, the thick folds of the woollen habits, the coarse threads of tablecloths, the stiffly woven Hessian in the Franciscans' sackcloth habits, the green and strawberry-red silk of St Apollonia's gown or the sumptuous brocades worn by other saints, in imitation of the fantastical costumes and ideas being worn on theatre stages or arriving from Venice.

But why then, if this is the case, does Zurbarán's oeuvre focus almost exclusively on painting austere monks and becoming the painter of "monastic life"? Was it for purely commercial reasons? What part did the Counter-Reformation and Trento play in his choices? Solana answers: "Zurbarán understands the key to clarity and post-Tridentate legibility. Trento's instructions were that the language of painting had to be clear, didactic and as far removed from the complications of mannerism as possible. And Zurbarán is indeed 'legible', even in the way he paints chiaroscuro, silhouetting his figures against the light. He is utterly convincing in his expressionism which suits the language of the Counter-Reformation perfectly."

The exhibition comprises 63 of Zurbarán's works, mainly large format, divided over seven rooms. We stop in front of Saint Ambrose, a fine example of what's at the very heart of Zurbarán's painting. Here, the statuesque figure of the Bishop of Milan is outlined by a light coming from the darkness on the left and striking his cape of red and gold damasks and also highlighting a studded mitre of ochre felt. These are the elements that really confer strength onto the picture, far beyond any facial expression, which would have been a novelty at the time. If we think that for El Greco, it was the eyes, the hands and the swirls of angels who conveyed expression and meaning, for Zurbarán it was the "inanimate agents" who speak to us. Solana explains in more detail: "One of the things about Zurbarán that must have fascinated modern artists, such as Manet in Paris for instance, is this egalitarianism in the treatment of figures and objects, in itself one long chapter in 19th century art criticism. One of the things that critics held against Manet and his contemporaries was that they treated the human figure like a thing and things like humans. Traditional academic hierarchical norms were broken down."

Seville and the power of painting

17th century Seville was, in addition, an important artistic hub with the newly-arrived influence of Caravaggio and Dürer along with German and Dutch engravers serving as the inspiration for many of Zurbarán's scenes and iconographies. And then, above all else, there was Velázquez. In Seville, both painters knew each other well and out of their friendship came Zurbarán's move to Madrid to contribute his Ten Labours of Hercules series to the Hall Of Realms of King Philip IV's Buen Retiro Palace.

We now turn to discussion of the marked differences between Velázquez and Zurbarán and the different languages used by Spain's, arguably, top two Golden Age painters to communicate with their audience. Art Historian Jonathan Brown describes how, while Velázquez viewed his époque through a microscope and portrayed it this way in his paintings, Zurbarán reproduced his world, in his time, as a mirror. In his Portrait of Innocent X, everything is pure expression; the pope's eyes speak, as do Velázquez' brushstrokes. By way of contrast, Zurbarán's Saint Bruno and Pope Urban II are radically different.

Solana concedes but elaborates: "I agree. But perhaps that makes Zurbarán a more modern painter. The Manet or post-Manet schools are less psychological, less interested in expression. Manet's best portraits do not capture or reveal the soul of the sitter. His portraits are, rather, still lifes. Cézanne required his models to pose as if they were apples being painted. The importance of psychological penetration so evident in Velázquez is not present at all in Zurbarán. He was interested in something else entirely." 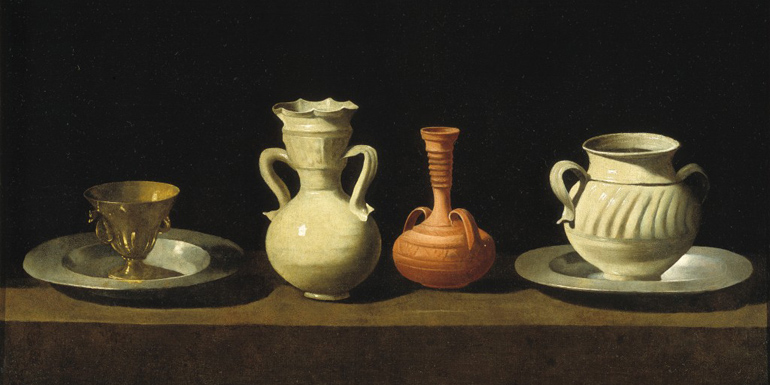 From Zurbarán and Caravaggio to Cézanne and De Chirico.

Zurbarán models with light: his silent monks come out of the dark and dazzle in white. St Serapion is, perhaps, the jewel in the crown of the exhibition. The Mercedarian friar hangs from the ropes that bind his wrists in a quasi-crucified pose. We are familiar with his story of martyrdom, the Jesuits' fourth vote or 'Blood Oath', the acceptance of death, the torment, the ecstasy. Zurbarán hides any traces of the saint's excruciating torture and evisceration under an unblemished habit and there is not the least sign of his violent death to be seen here.

Solana then points out what it is we should be noticing: take, for instance, the Mercedarian scarlet cross emblem against the white chasuble, in the dead centre of the painting. We look around, only to see that same emblem, like a blood stain, in the exact same spot in every other Mercedarian painting in the room.
So we consider for a moment Zurbarán's mode of expression - so subdued, so muted and so inconspicuous. And the difference between his and an Italian contemporary's mode of expression. With Caravaggio, there is a frenzy of gestures, of open arms that seem to reach out of the frame, of hands floating mid-air, of human levitations, of oblique lines and daring composition. There is commotion, action and incident in his The Supper at Emmaus or The Entombment of Christ.

Zurbarán is much more static. Again we consult our expert of the day and Solana indulges us with another master class: "Caravaggio, as a painter, is full of violence, sometimes very intense, sometimes contained but always there, latent. He, as a painter, is full of the instantaneous. There is an explosiveness. In The Calling of St Matthew this is patent. It is replete with what Italians called "Il motto", namely, expression: the body language, a fleeting look on the subject's face ... all givens in early Italian Baroque. Zurbarán's sensitivity is different, calmer, more mystic and less tragic. For this reason, it connects so well with a certain type of 20th century art that avoids excessive gesticulation. That type of art Bernard Berenson dubbed "ineloquent", deliberately and stubbornly silent, Italian metaphysical art. De Chirico, for instance. You mentioned Morandi, too, and rightly so. And then there were all those inter-war painters and their Magic Realism or New Objectivity. To my mind, the ones who connect most closely with Zurbarán are those artists who also suspend their expression for the duration of the silence. From Derain to certain German artists, Christian Schad, Gutiérrez Solana even."

Our next request is for an explanation as to the colour black: that deepest, darkest and most Spanish of blacks. And to understand, also, the way Zurbarán painted shadow. Solana sums it up with: "I believe painters can be divided into those who paint shadows in black and those who don't. From as far back as Delacroix, and then later with Impressionism, we've been told that shadows must be in colour. The great tradition of the colourists was to create shadows that were luminous, transparent, of varying hues. And then there were the painters who said: "Absolutely not. Black shadows, black paint." which probably does produce less sensory charm but also, at times, much more expressive forcefulness. And all of this has a definite link to Zurbarán".
And with this contradiction of black versus white, we leave Zurbarán who, for us, will forever be the painter of the white spectrum. He of the rough peel on quinces and the smoothness of stone, he of the heavy cassocks, of bleak Extremadura landscapes, of what is concrete, of solid volumes, of quiet times and quiet things, of an insurmountable silence that can often lead to a feeling of uneasiness. An exceptional dimension to painting but also one that Cézanne's early still-lifes can boast, or those of Juan Gris and, later still, those of Morandi. But that is another story for another day.

Ignacio Zuloaga, on purchasing one of his paintings, once defined Zurbarán in a letter to an artist friend as: "The Spanish painter. Whereas Velázquez is cosmopolitan and universal, Zurbarán could only ever be Spanish." 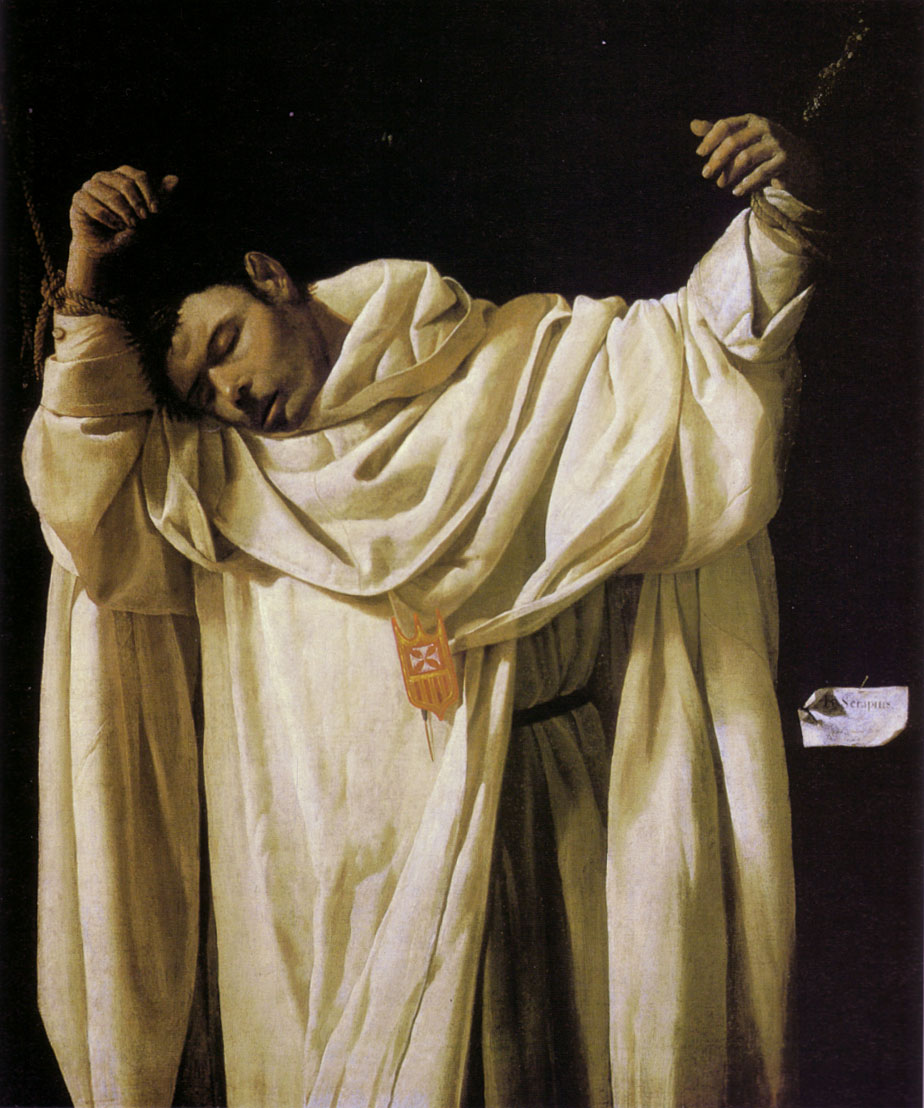