Marlene Dumas, born in the Cape Town suburb of Kuilsrivier in 1953 and a native Afrikaans speaker, she graduated Cape Town University in 1975 with a degree in Visual Arts. 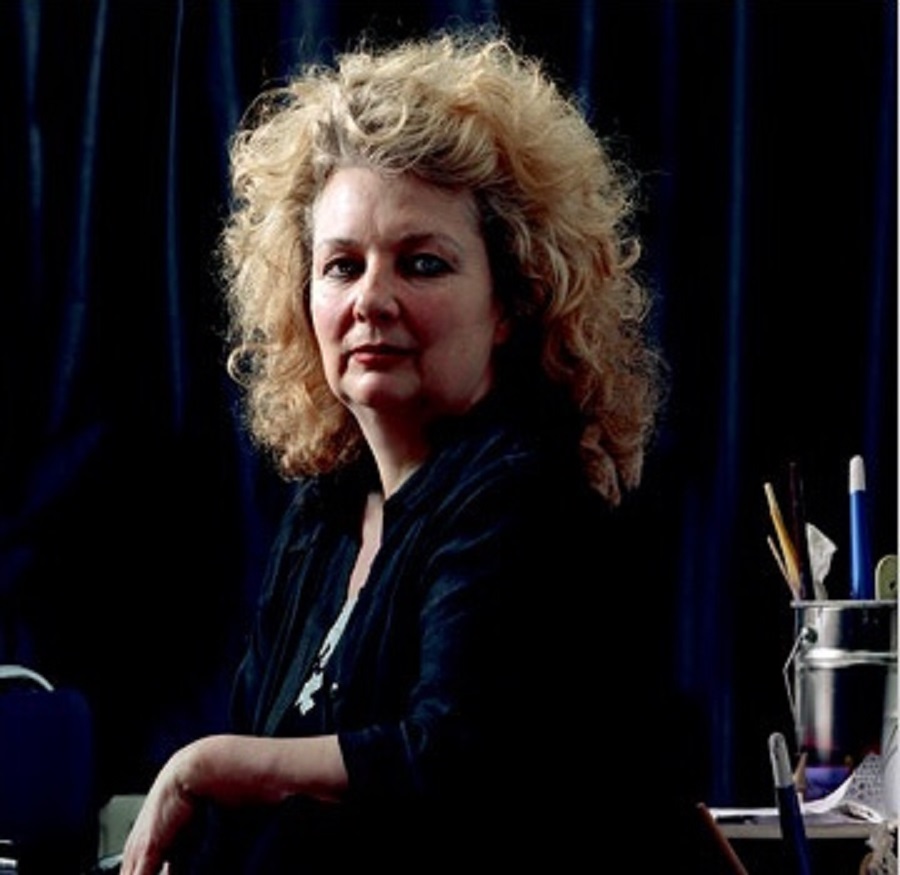 Awarded a two-year bursary, she then moved to Holland where she made art her living and primary form of self-expression. From 1976 to 1978, she taught at Ateliers '63, Haarlem and other Dutch institutions. She devoted herself and her time to painting people or places from her own vast collection of photographs or those in newspapers and magazines. Her works were small format, realistic portraiture of an intimacy that divested its subjects of their public persona, instead cloaking them in a criticism of their identity or politics. 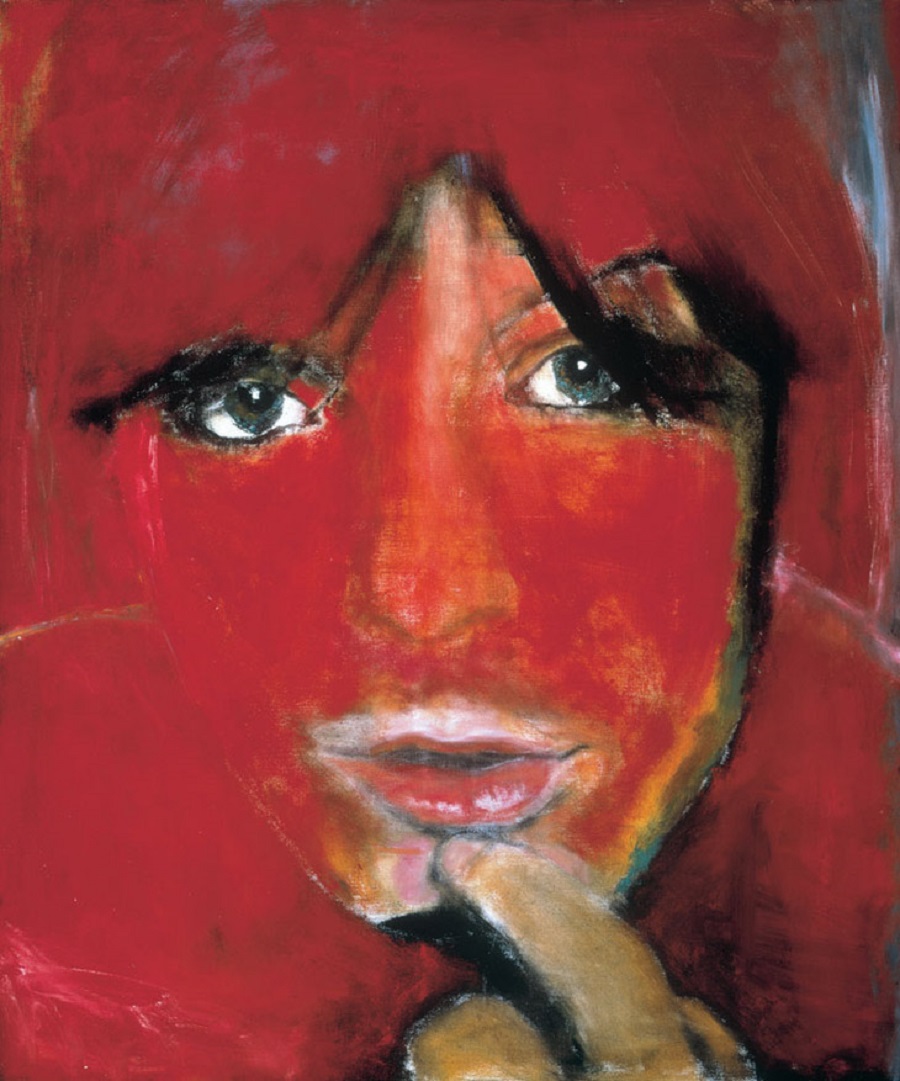 Her pieces are figurative trompe l’oeils that provoke a sense of unease. Their language of movement is manifest in each figure. She draws the faces of adults and children, both alive and dead, with insistency and ambiguity. For Dumas, graphology is a subjective interpretation, her doodling somewhat unintelligible, but always carefully chosen and pronounced, each colour making perfect sense, as shown in 1988’s “Waiting”. 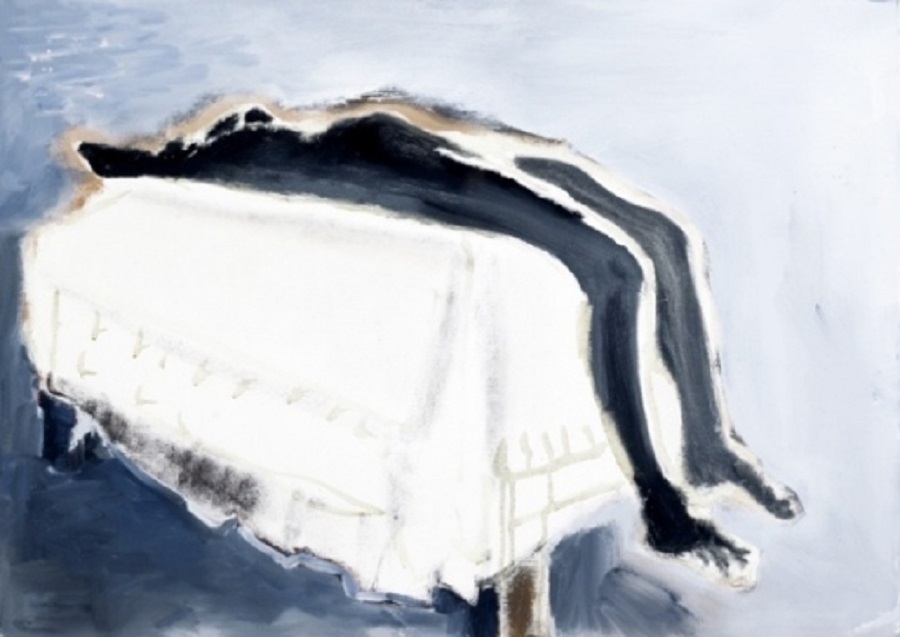 The work she produced over a 30 year trajectory was exhibited in a retrospective: "Intimate Relations” between 2007 and 2009. Her initial success was in Japan and next, for the first time ever, in her native South Africa, leading to exhibitions in art galleries and museums in New York, Los Angeles and Houston. 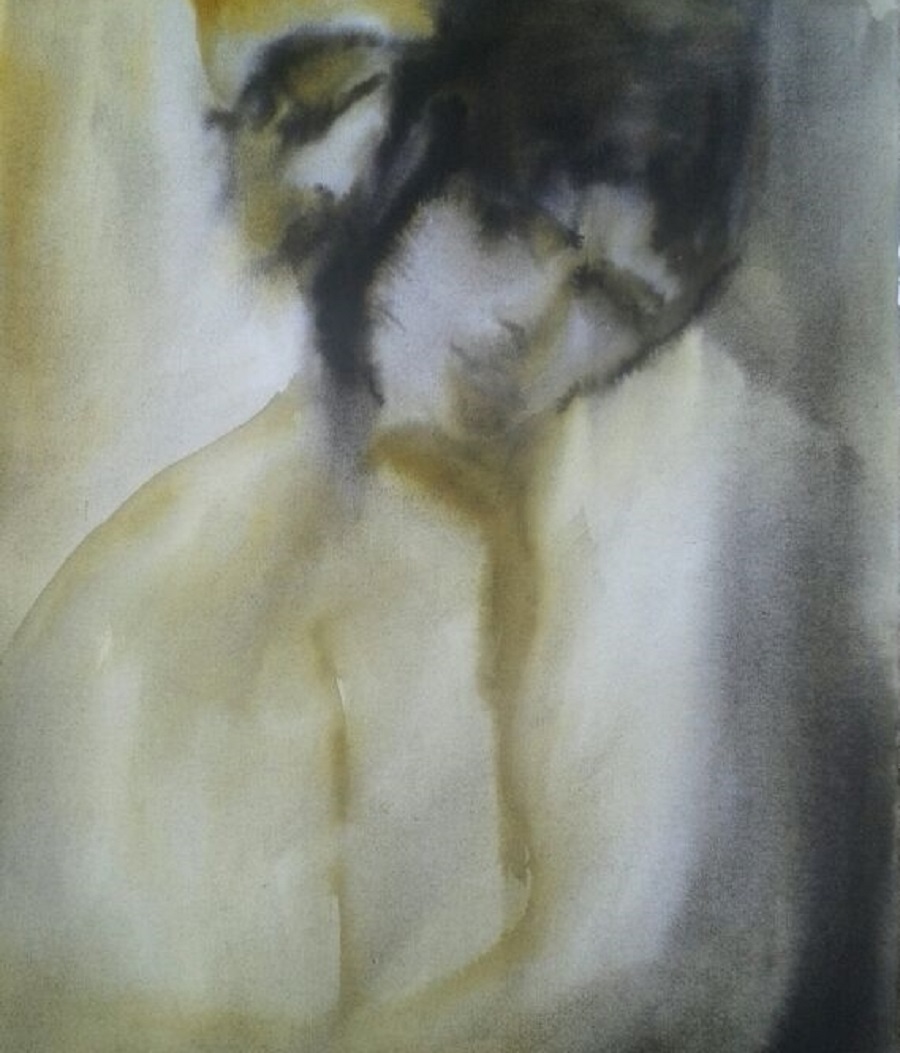 In 1998, Dumas was awarded the Sandberg prize, along with other distinctions such as the Coutts Contemporary Art  and the Prince Bernhard prizes. In 2010, the Rhodes University in Grahamstown, South Africa awarded her an honorary doctorate in Humanities and in 2011 she received the Rolf Choque prize. Her creations are part of the collections of international museums and institutions such as the Centre Pompidou in Paris and the Tate Gallery in London, some of which have them on permanent display. 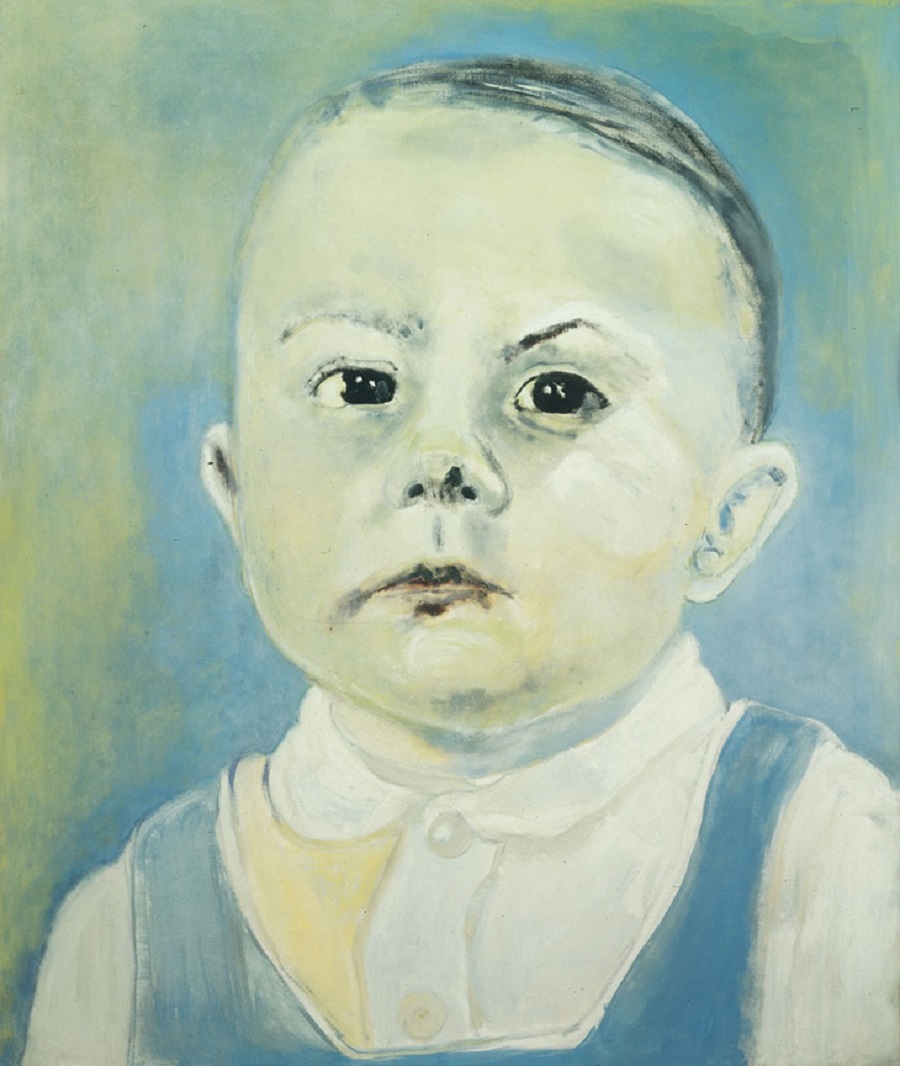 She started exhibiting in 1978 at the Stedelijk Museum, Amsterdam, and continued in Basil with Documenta 7 in 1982. Her first solo exhibition was in 1983 and one year later at the Central Museum of Utrecht.  She presented her series of collages, creations and self-penned text entitled "Ons Tierra Licht Lager dan de Zee” but it was only in 1985 that she exhibited her paintings series: “The eyes of the creatures of the night”. Dumas talks of her pieces in “Sweet Nothings” with unexpected names, texts and commentary.

She participated in the European Art collective exhibition at the Tate in London during 1987. Her work received recognition in Europe and America in 1989 with “The Pink Human’s Question” after which came Documenta 9 in 1992.

Along with contemporaries such as Gerhard Richter, she was part of “Der Spiegel zerbrochene” in 1993, and also exhibited in London at the well-known Frith Street Gallery with Thomas Schütte and Juan Muñoz. She represented Holland at the Venice Biennial of 1995 along with two other women, María Roossen and Marijke van Warmerdam. She participated in prestigious collective picture exhibitions in Africa among other countries, with “Paintings at the Edge of the World” in 2001 and “Paintings of Modern Life” in 2007. The last decade has seen her exhibiting in cities like Chicago, Venice, Tokyo, Paris or New York to name but a few. 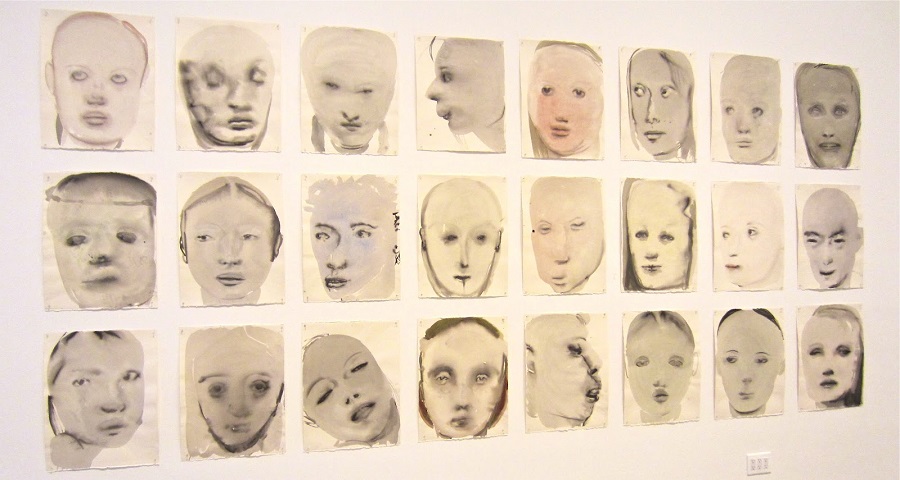 Dumas defines herself as a “collector of images”. Exhibits like “Models” in Salzburg and “Suspect” in Venice present us with advertising bumph, models, corpses and objects that mutate into the spectacular. Grouped into categories, her works are artificial still lifes, parodies, deconstructions or commentaries drawn and painted in watercolour or gouache. One of her pieces, "My mother before she became my mother", sold for $2,000,000 in 2011. 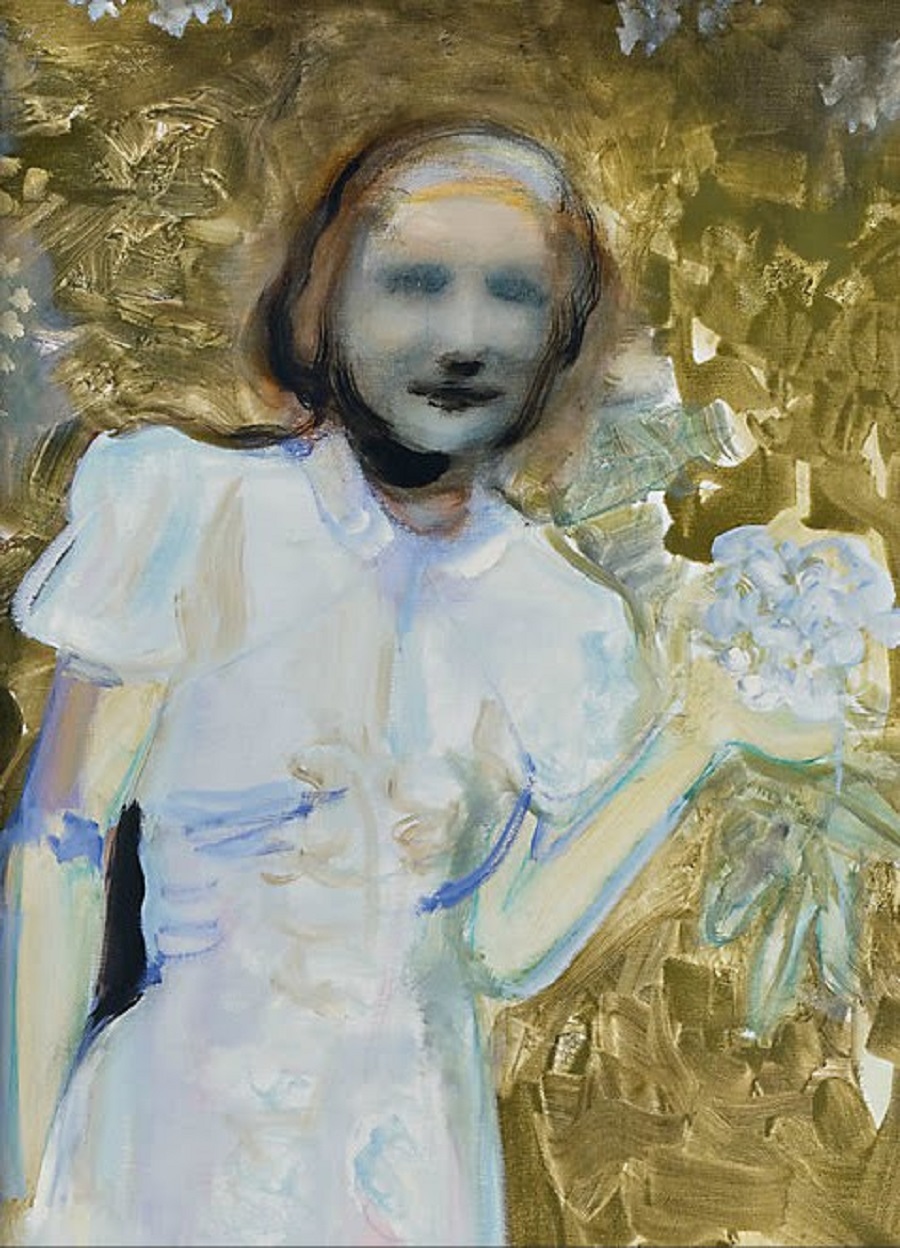 She is currently based in Amsterdam where she continues her artistic work. Dumas’ “The Image as Burden” exhibition was housed at the Stedelijk Museum, Amsterdam from September 2014 to January 2015. 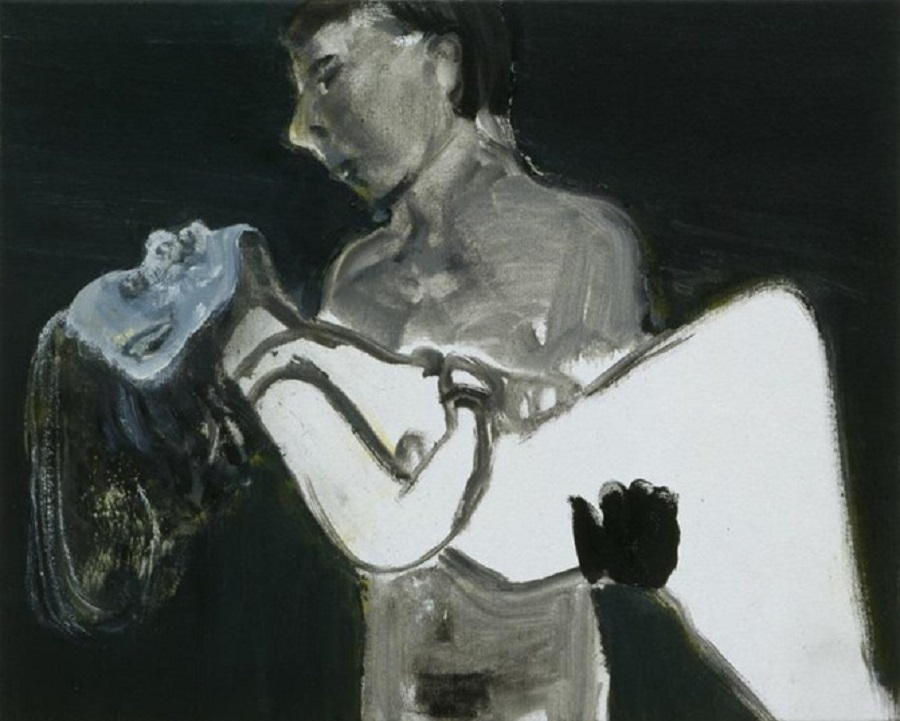 She is one of the great painters of her generation, an artist who centres the human body and human psychological valour, painting her subjects from the cradle to the grave. The cycle of life illustrates her ideas on the social, the sexual and the racial. She keeps up appearances without conclusion, with brush strokes so faint and light of touch they are almost hidden and perhaps more dramatic for that. Dumas borrows images and expresses them “otherly”, making them confusing within the confines of a dark terrain. Her graphology and explicit language can be understood from the titles she gives her work, which generally is portraits, as well as nudes one would swear were blushing at their own exposure being contemplated. Dumas says of her art: “What is at stake and what matters is not the medium an artist uses or the subject matter but his or her motivation, which have become suspect.” 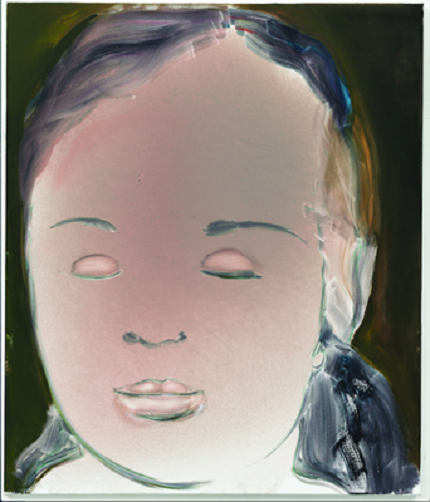 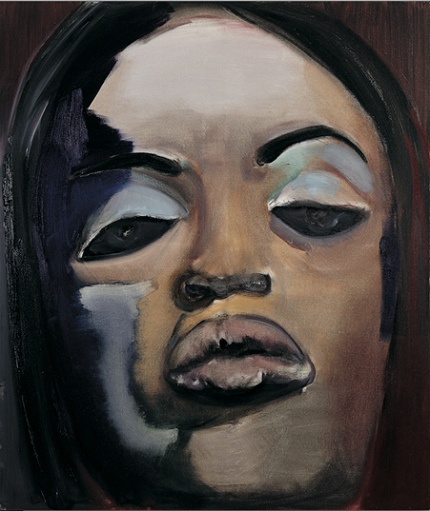 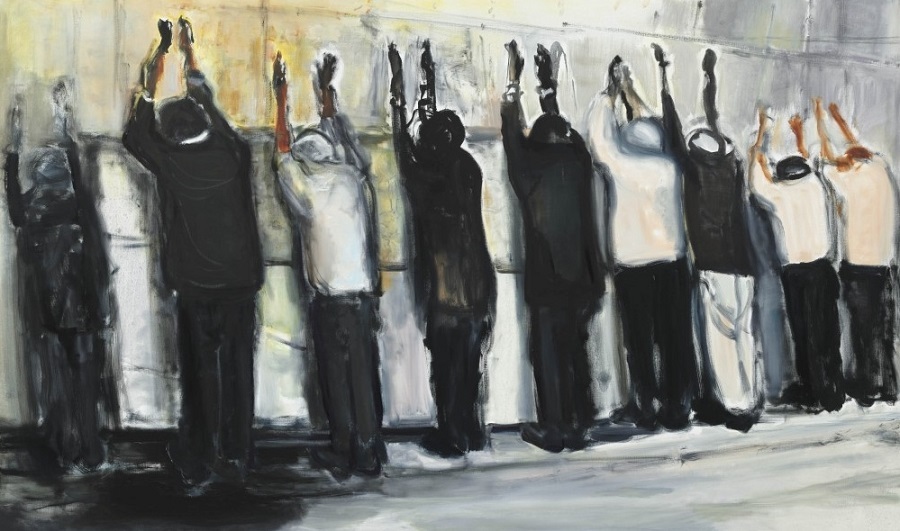 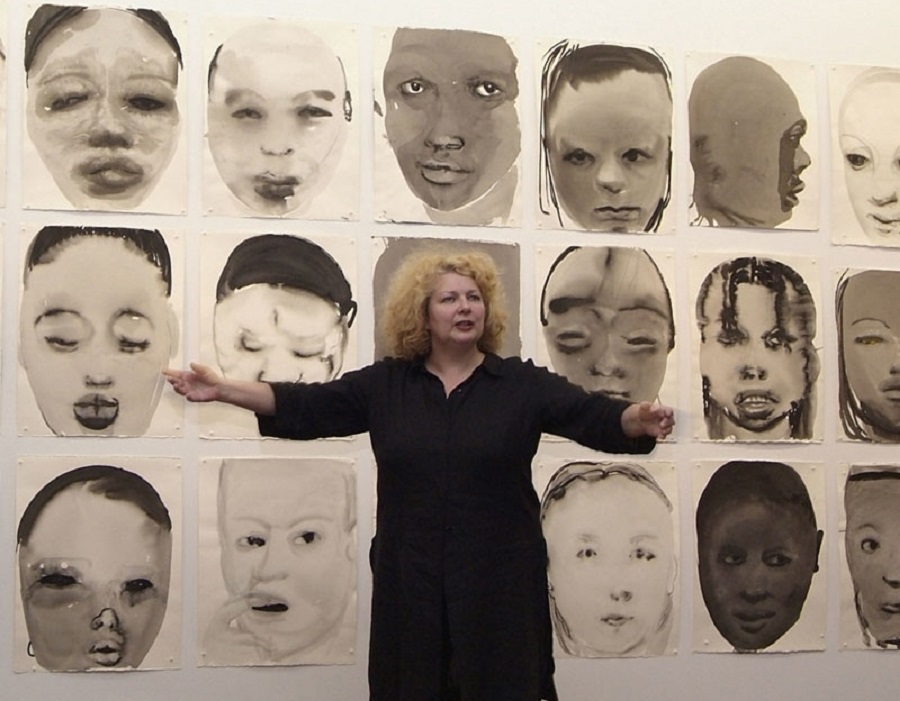