Joan Miró was never one to play it by the book. As an artist, he lived and worked with the most notable creatives of his time and was open to the influence of any and all movements, works of art, schools and manifestos. But his work breaks away subtly from that of his contemporaries, invariably following its own unique and personal trajectory. By dint of constant creativity and his interest in all manner of artistic techniques, Miró left a legacy that is vast, versatile and full of coherence.

That most personal of all 20th century avant-garde art 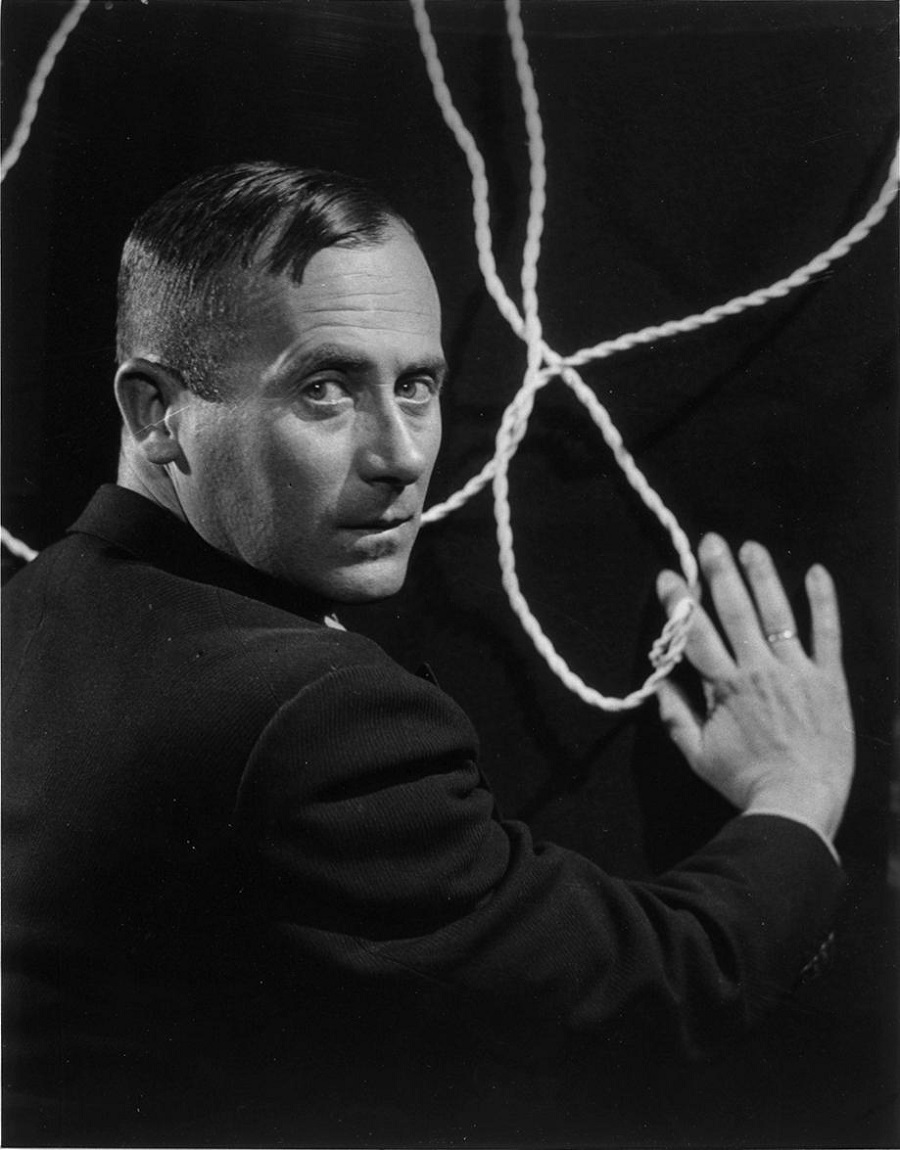 Photo of Joan Miró by Man Ray (1933). From www.museoreinasofia.es

Joan Miró was never one to play it by the book. As an artist, he lived and worked with the most notable creatives of his time and was open to the influence of any and all movements, works of art, schools and manifestos. But his work breaks away subtly from that of his contemporaries, invariably following its own unique and personal trajectory. By dint of constant creativity and his interest in all manner of artistic techniques, Miró left a legacy that is vast, versatile and full of coherence. Today, he is considered one of the most important artists of the 20th century on an international scale, his influence transcending the field of plastic art to impact and shape others such as graphic design and advertising. During his ninety years of life, Miró lived and worked in Barcelona, Mallorca, Paris and New York and his deep-seated love for home, especially Barcelona and the island of Mallorca,  remained at the heart of his work, infused with the other landscapes that influenced his life. 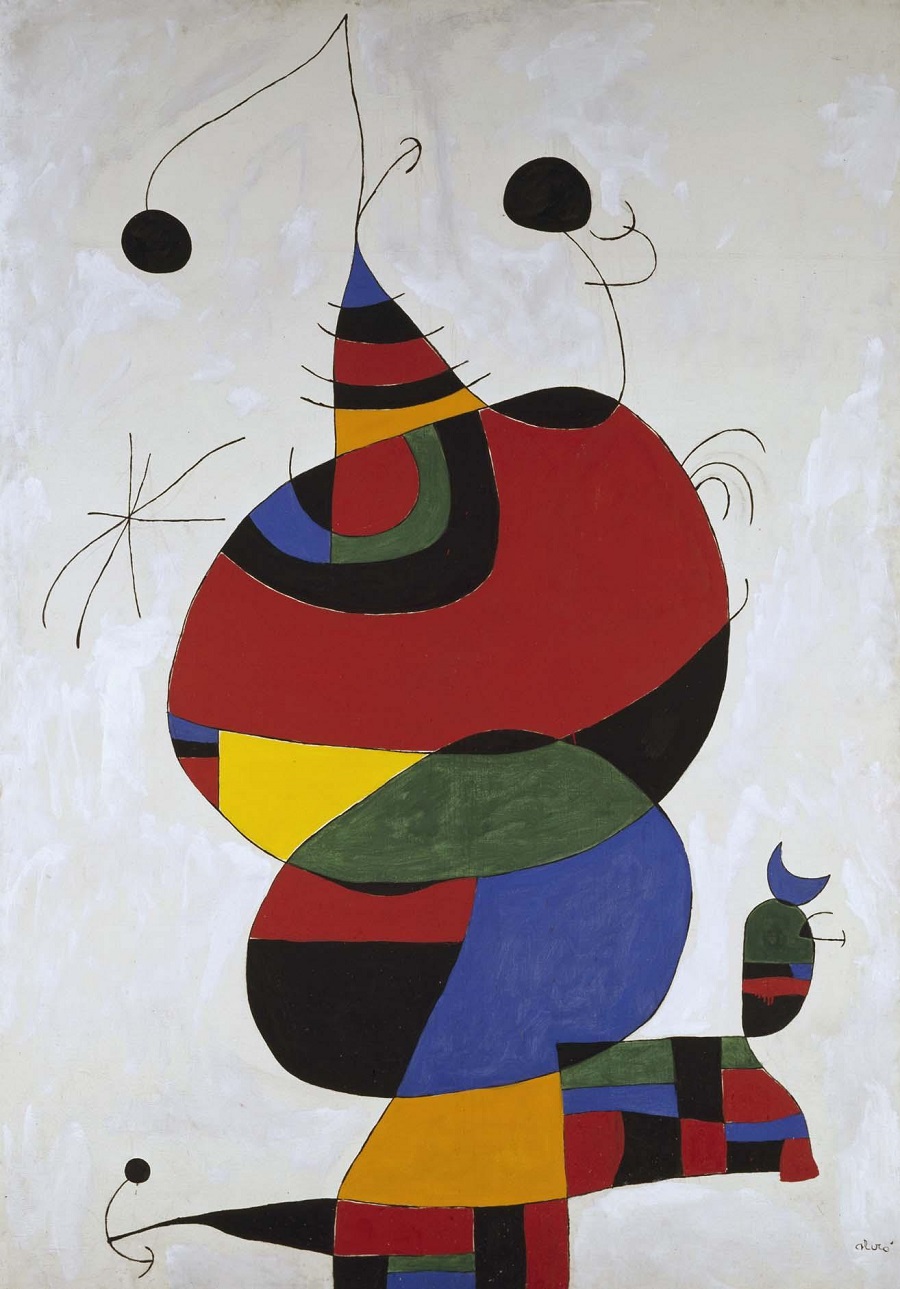 The love of art and discovery of modernity

Joan Miró i Ferrà was born in Barcelona in 1893 as the 19th century drew to a close and the arrival of the 20th augured a worrying shift in society, culture and artistic practices. Miró's artistic vocation was probably underpinned by his family's professions - his father was a goldsmith and watchmaker while his grandfather was a Mallorcan cabinet maker. The first known drawings by Miró date from 1901 when he was just 8 years old. During his university years, he combines Business with Fine Arts studies and in 1910 starts work as an accountant at a pharmaceutical company but his artistic disposition rebelled against the stasis of number-crunching and he resigns. At around the same time, he becomes ill with typhoid fever and goes to live for the first time at Mont-Roig, in a country house owned by his parents, and the surrounding Catalan Lowlands will remain forever in his heart and mind, becoming the protagonist in many of his works. 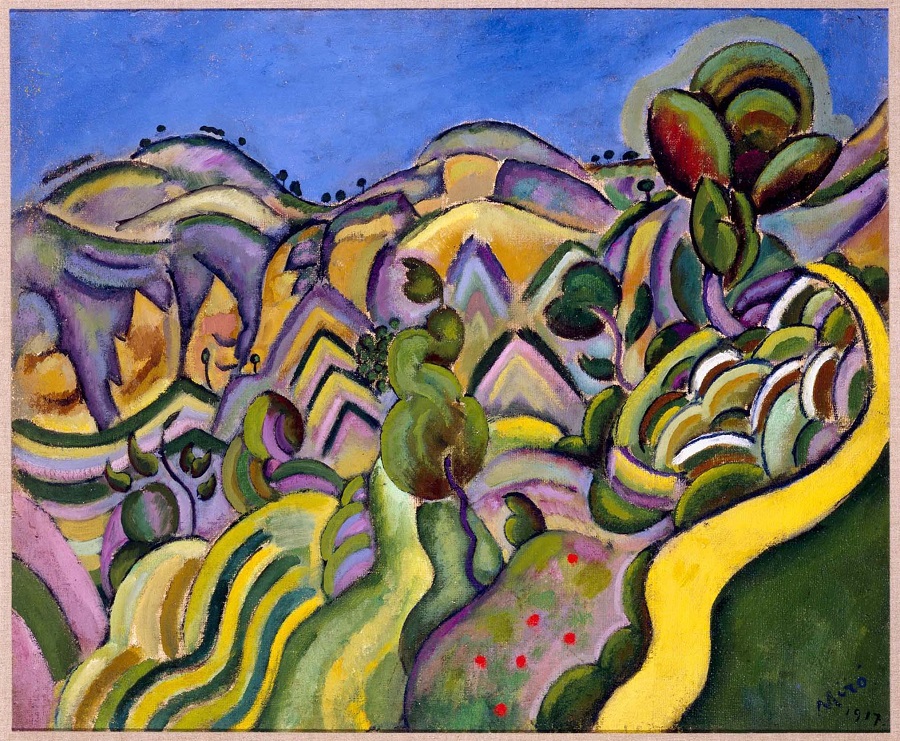 Convalescence allows Miró the time to reflect on his future and it is then that he decides to dedicate his life to painting and enrolls at the Francesc Gali School of Art where he first comes into contact with the circle of Catalan artists who will later become his friends, colleagues and art dealers. These are years of passion and youth, of painting live models and sharing studios with other artists. They are also years of discovery: Dadaist art and avant-garde Catalan and French publications spark the young Miró's interest.

In the early 1920s and after his first exhibition at the Dalmau Galleries belonging to his friend and first dealer Josep Dalmau, Miró moves to Paris, where he works at Pablo Gargallo's studio. During his months off, he returns to Mont-Roig which, along with Paris, Barelona and New York, constitutes the nucleus around which his work would be structured. These were exciting years during which he meets Picasso, André Masson, Ernest Hemingway, André Breton and Paul Éluard, among other notable figures from the intellectual and artistic elites of the time. Miró works on projects above and beyond mere painting, such as his collaboration with Max Ernst on the costumes and staging for the ballet "Romeo and Juliet". It is also at this time that he creates his first "Spanish Dancers" (1928), Dadaist-inspired collages that will mark his later work. From 1930, Miró shows a growing interest in other disciplines, such as bas-relief and sculpture, which will come to feature more prominently in the ensuing years than his painting although he never abandons it altogether. 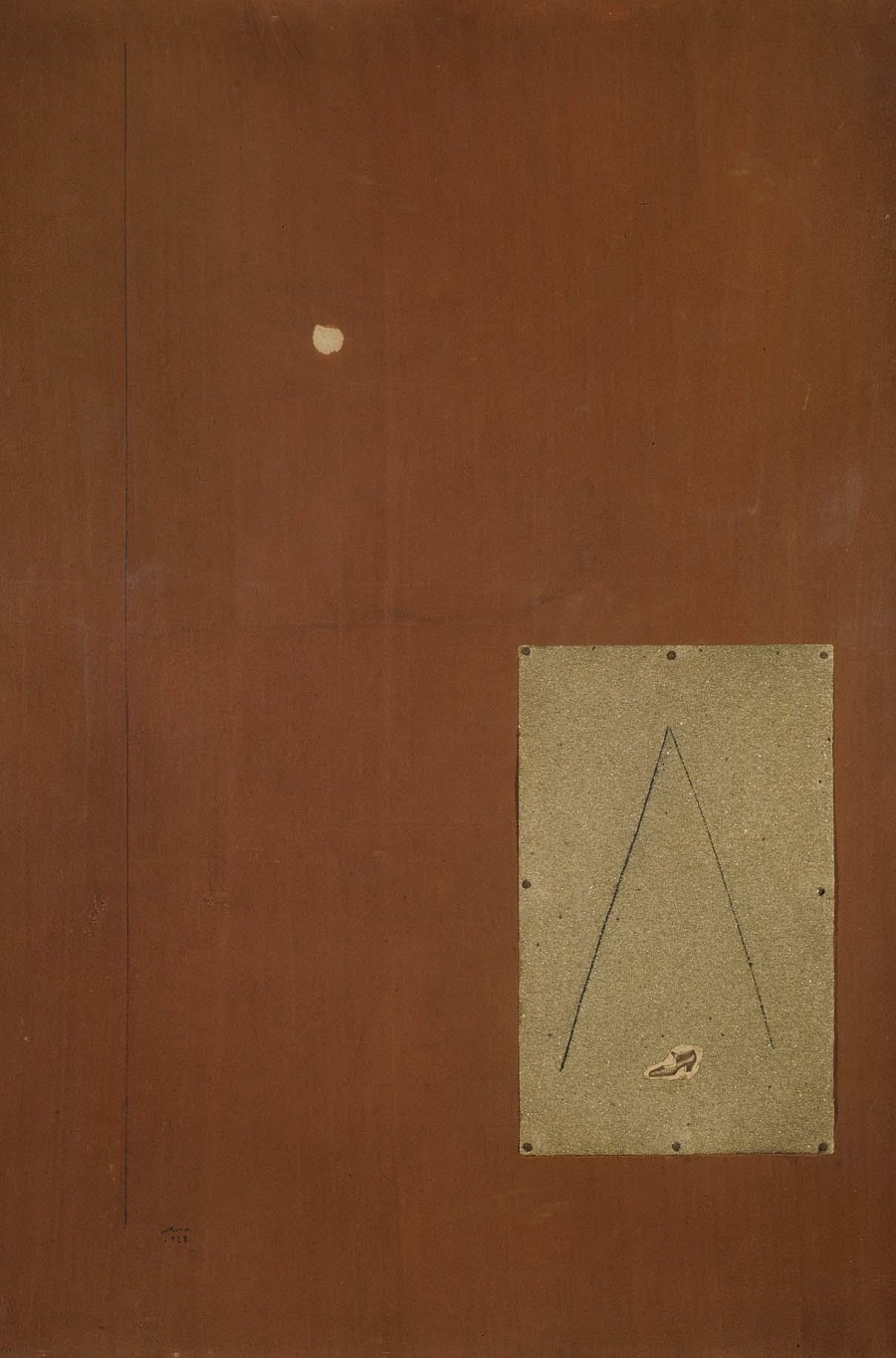 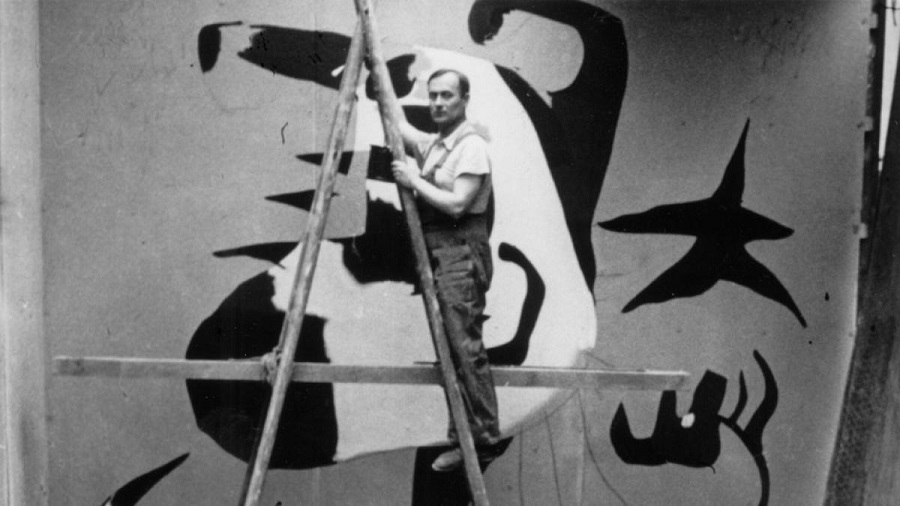 From 1931, Miró, dividing his time between Mont-Roig, Paris and Barcelona, adds another new and fascinating location - New York, where Pierre Matisse, son of the French Fauvist painter and engraver Henri, will be his representative. During these years, Miró increasingly expands the spectrum of disciplines used for his work, creating etchings, collages, assemblages and paintings on masonite. The outbreak of the Spanish Civil War forces him, along with his family, to move to Paris where he commits to the Republican cause by painting, in 1937, a large mural, "The Reaper (Catalan peasant in revolt)", for the Spanish Pavilion at that year's International Expo. The mural has since disappeared and black and white photographs are all that survived.

A passion for sculpture 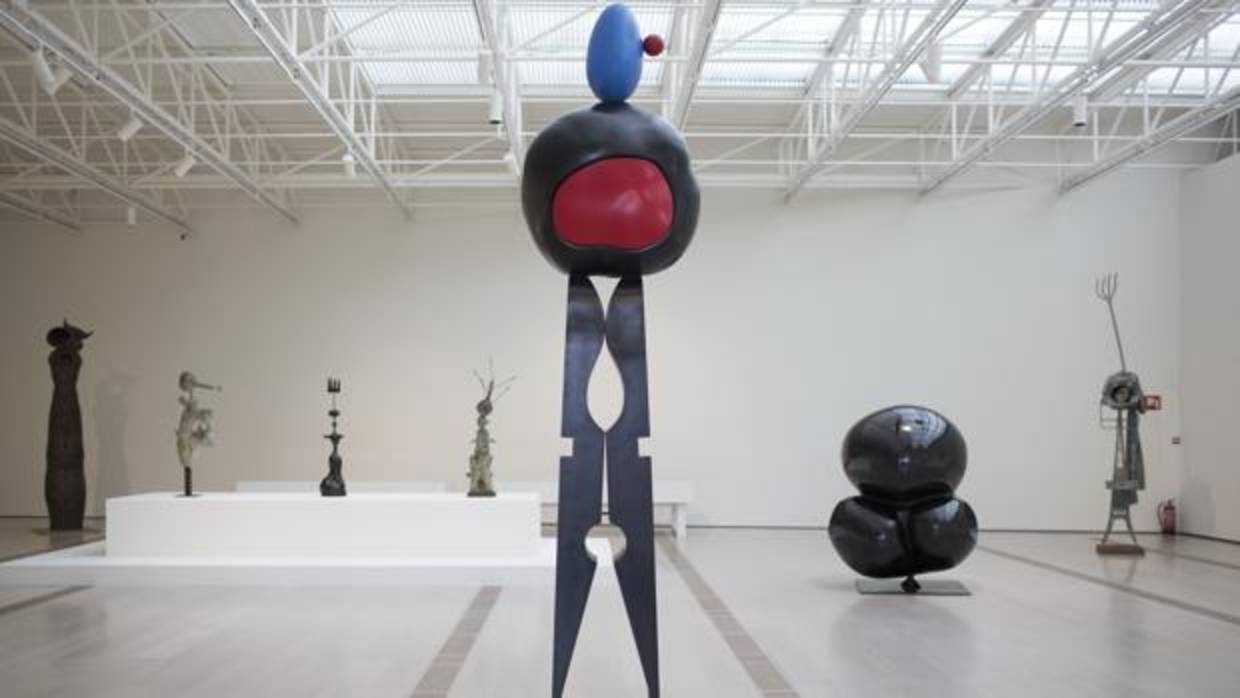 "Personnage" (1974) from the exhibition Joan Miró: Sculptures, organised by the Centro Botin de Santander in 2018. From ABC

From the 1920s onwards, Miró dedicates a large part of his time to sculpting. His three-dimensional works took their inspiration from his declared passion for 'objects', so much so that he came to stockpile hundreds of them in his studio. In the 1940s, the artist cast his first bronzes and began experimenting with different materials and media. Up until the very end of his life, Miró would develop his work on sculpture and compile an enormous portfolio. In the 1960s, Alberto Giacometti advised him to paint some of his bronzes, a suggestion that resulted in some magnificent pieces, such as "Personnage" (1967). In addition to bronzes and painted figures, Miró also worked with marble and ceramic-clad concrete. His last monumental sculpture, "Dona i Ocell" (1987), is a fine example of his mastery of materials.

International art that lives on

From the 1950s onwards, Miró consolidates his international reputation and his fame begins to spread worldwide. He settles definitively in Palma de Pallorca where he undertakes his first ever ceramic pieces, in collaboration with the ceramicist Josep Llorens Artigas. He will employ this technique in enormous murals that can still be seen and admired in numerous major cities, those at the UNESCO headquarters in Paris (winner of the Guggenheim International Award), Harvard University and Barcelona Airport to name but a few. 1975 sees the inauguration of the Miró Foundation in Barcelona, tasked with managing and disseminating the artist's legacy. Miró continued to work for the remainder of his life and died aged ninety in 1983, widely regarded as one of the greatest artists of the 20th century.

This exhibition at the Grand Palais in Paris was the last retrospective of his work to take place during Miró's lifetime.  Over forty years later, in 2018, the Grand Palais was to inaugurate another large exhibition dedicated to the artist, "Miró, the colour of dreams", showcasing more than 150 of his works.

Organized by the CaixaForum Madrid, the aim of this exhibition was to explore new facets of Miró's universe through objects: their poetics, their expressive possibilities and the "soul" that Miro was always able to find in them. The exhibition  opened in Madrid after first showing at the Miró Foundation in Barcelona and covers the long artistic period from the 1920s to the 1970s. Some of the works on display (for instance "The Toys", 1924) were being seen in Spain for the first ever time.

As mentoned above, this exhibition at the Grand Palais was in honour of the work and figure of Joan Miró forty four years after the previous retrospective in the 1970s. As his personal friend and the exhibition's curator Jean Luis Prat commented at the time: “Miró was probably deeply affected by 50 years of history marked by two world wars. These formidable events and the questions he asked of men, of himself and of his homeland have coloured his work."

In early 2019, the Museum of Modern Art in New York (MoMA) organized a grand exhibition of the artist's work with key pieces from its magnificent collection and several exclusive loans. The exhibition centres the painting "The Birth of the World" as its focal point. The display comprised almost 60 oils on canvas, drawings on paper, engravings, illustrated books and objects.

Constantly revised, updated and reworked, the monograph published by Jacques Dupin in the early 1960s is essential reading for anyone wanting to know all there is to know about our Catalan artist. The biographer completed the book including Miró's work over the subsequent two remaining decades of his life, thanks to the excellent relationship he enjoyed with Miró's family and unprecedented access to work carried out by historians, curators and art experts. In 1993, another revised edition was published which is still considered, today, one of the most fundamental texts on the life and works of Joan Miró.

Taschen publishing house, the benchmark in art and artist monographs, published a 1999 biography of Joan Miró by Janis Mink. With hundreds of illustrations and magnificent attention to detail, the book covers the artist's trajectory of almost 70 years - from his Surrealist-style automatic drawings to the assemblage-sculptures he constructed from objects. The book is careful to respect Miró's idiosyncrasies as an unclassifiable artist and figure who resisted being pidgeonholed into categories, trends or schools.

Much has been written about Joan Miró's life and work but even so, in 2013, Pilar Cabañas managed to shine a whole new light on the artist's work  and write a book that is vital for understanding it. Basing her point of view on the principles that govern Miró's work, the author provides us with the guidelines for understanding the man as a human being and as an artist. Cabañas delves into issues such as what drives his creativity, the reasoning behind his art and the exploration of sadness, loneliness and pain in his work, among others. With Miró as a starting point, Cabañas guides us through art in general as a path to transcendence and the essence of humanity. The text is enriched by the participation of Ignacio Llamas who designed the edition.