Anselm Kiefer, one of Germany’s great living artists and son of an art teacher, was born in Donaueschingen in 1945 but spent his childhood in Rastatt, later studying art in Freiburg im Breisgau. He studied under the tutelage of Joseph Beuys and showed great promise from an early age, but he also studied Law and French. His beginnings in the art world were via happenings and installations; it wasn’t in fact until the 70s when he began painting. 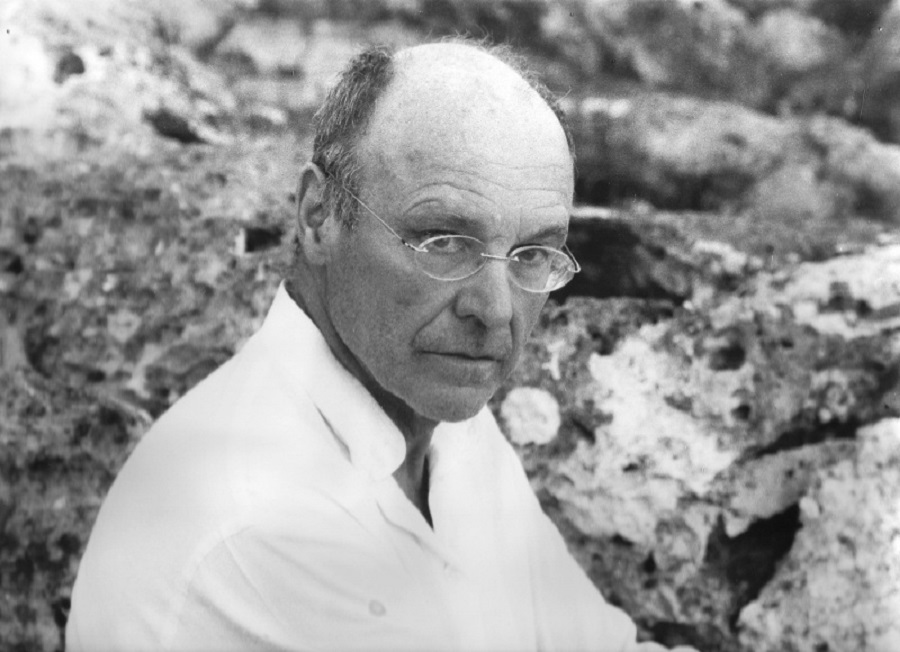 Kiefer’s genius is best seen in his matiérisme form of art, where he confronts the past head-on, and in particular certain subjects that are still taboo from the perspective of German Nazi history. 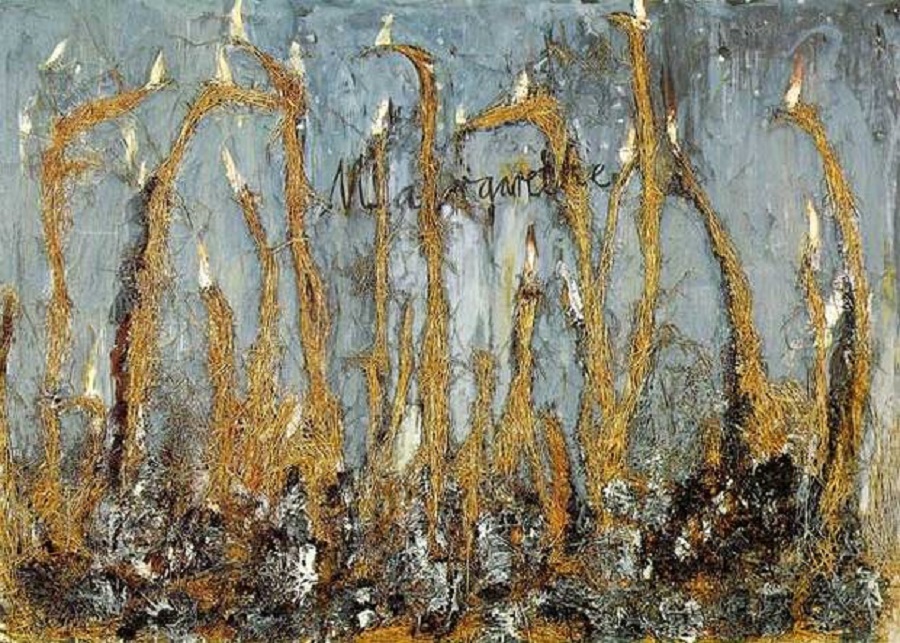 During the 70s, Kiefer began to emphasize the mysticism of the Jewish and German communities through works which contained specific symbols, letters, names, historical landmarks, etc., inspired in no small part by his wide-ranging literary knowledge. In his paintings one can clearly see the influence of his tutor Beuys, as well as of key philosophers such as Heidegger and Foucault. His language is characterized by historical and mythological themes, which he uses in an attempt to keep the traditions of his land alive in the present, but also to face the errors of the past and to heal the deep wounds left behind by Nazism, which explains the Hitler and Wagner references in his work, as well as the Nibelungen and Kabbalah symbolism.

He started working with thick layers of paint on wood and glass, on collages, using monochromatic colours and mixing with plaster, lead, ash, etc. In works such as The Order of the Angels (1983) he even used military equipment and scrap material. 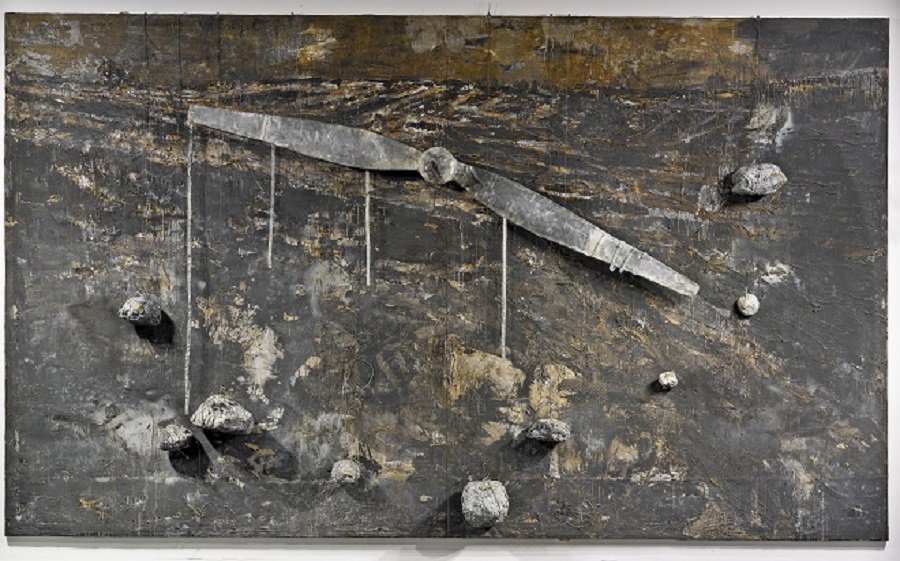 In the 90s he travelled the world, continuing to work on such universal themes as the mind and spirit, without leaving behind his interest in history and myth. In 1993 he moved to Barjac, near Avignon, where he has since set up a studio where he can work with different materials.

Kiefer merges photography, painting, sculpture and collage in a unique way; among his best solo exhibitions are a series of works exhibited in Karlsruhe in 1969 titled Occupations, also exhibited at the Documenta event in Kassel (1977, 1982 and 1987).

He has taken part in a number of art Biennales: Venice (1980), Städtische Kunsthalle in Düsseldorf (1984) and Paris (1985). Bilbao’s Guggenheim houses a large selection of his work, but the most relevant is his retrospective at the Neue Nationalgalerie, consisting of 140 works ranging from 1962 to 2011. This exhibition, more than any other, allows visitors a deep-dive into the artist’s personal reality, a world both figurative and abstract at the same time.

The artist exhibited last year in A Coruña with a collection of his sculptures and paintings, together with videos about the artist’s work by Tino Calabuig and a book publication on his career.

His work is visionary: he often pays tribute to German thinkers, poets and philosophers through historical resources and theatrical techniques, aided by temporal perspective. His interpretations are magnificent and very different to those of other painters. His overarching belief is in the dialogue between Man and history, and his mission is to revitalize art while facing up to the horror lived by his people, reconciling it with the past.

His next exhibition will take place this September in UK — the Royal Academy will host a retrospective of his works, including illustrations, watercolours, sculptures, books, photographs, installations and of course paintings.

Anselm Kiefer is a masterful creator, highly articulate in art, an intellectual who is able to communicate a message in each one of his history-laden pieces, with all the ambition of the greatest Masters of art. 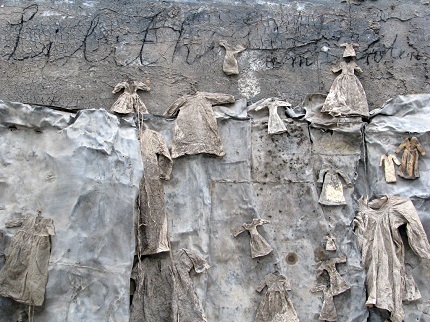 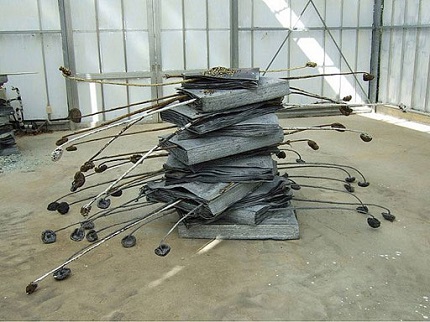 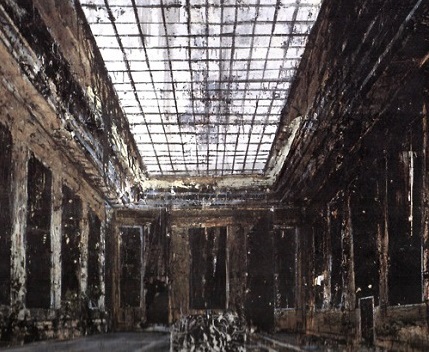 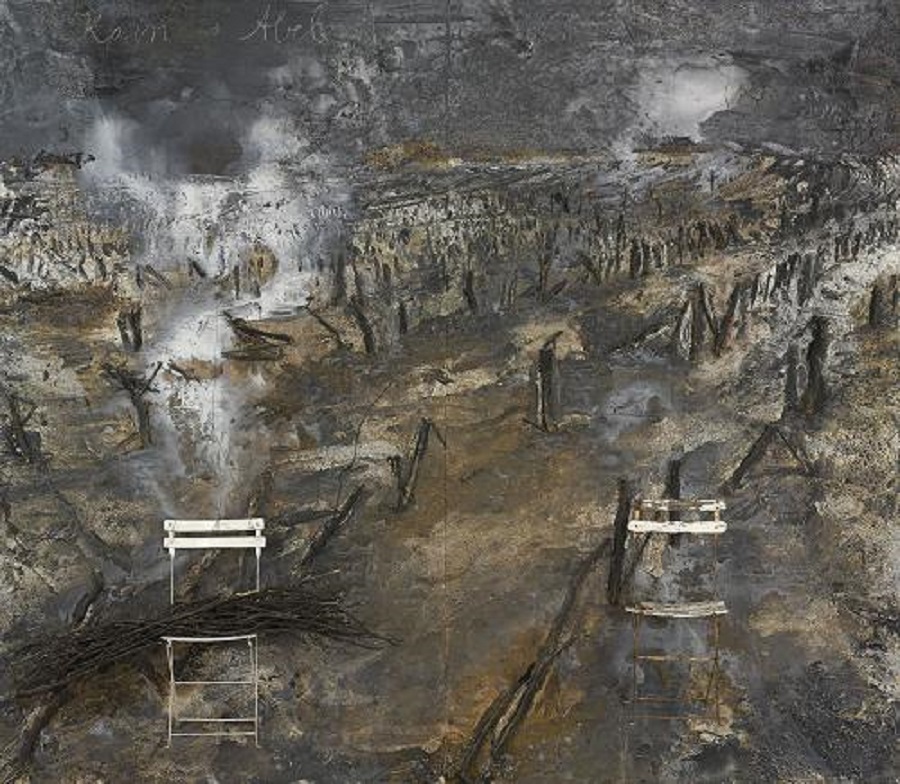