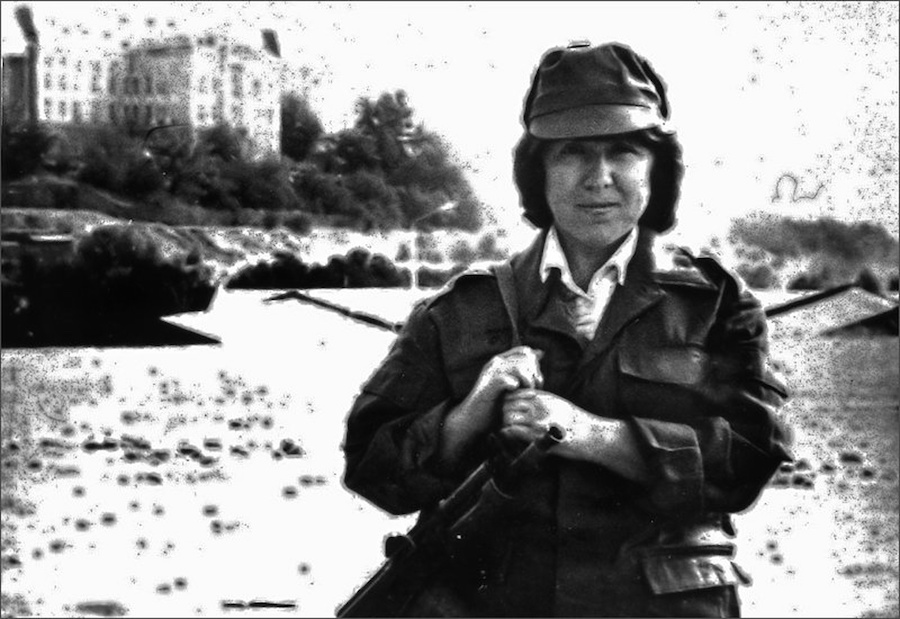 Photo from the archives of Svetlana Alexievich

Svetlana Alexievich (1948, The Ukraine) was last year’s winner of the Nobel Prize for Literature on one of the very few occasions it has been awarded for a work of non-fiction or in her native language, Russian. Only Theodor Mommsen, Winston Churchill and Solzhenitsyn have ever been likewise honoured for historical research in prose. 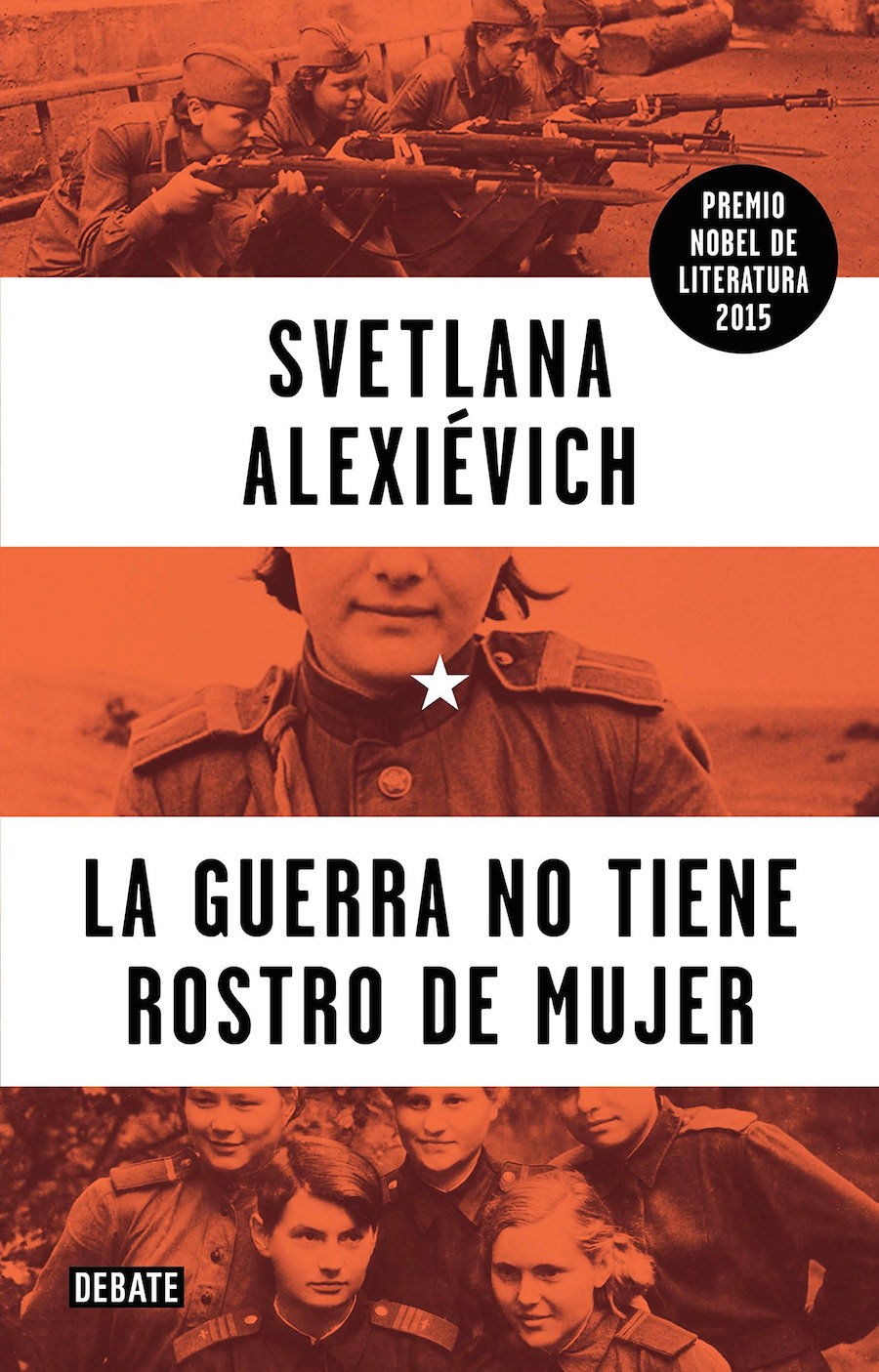 It is throughout her book, War’s Unwomanly Face, that the characters’ transcribed voices denounce some of the worst crises of the twentieth century, as experienced by the then Soviet Union: the Second World War, the Afghan conflict, the Chernobyl nuclear disaster and the collapse of the Soviet Union itself. Alexievich has invented a new literary genre in which the reader inadvertently comes face to face with gritty truths spoken from the deepest wells of pain in the human soul.

The style of War’s Unwomanly Face is arguably and essentially that of a doctoral thesis documenting the behaviour of Soviet women on and off the battlefield during the Second World War. The book is made up of the not-so-fond reminiscences and short personal stories told to the author by women who risked their lives for their country but were never credited, or even remembered, by history until now. Alexievich remembers how, as a child, she would listen enthralled to the women in her village swap tales about the war. They and their stories had a huge impact on her young mind that only increased over time and led to her wanting to find out more. After moving to Belarus in the late 1960’s to study journalism and forging a highly successful career there, Alexievich embarked on a journey to interview hundreds upon hundreds of women who had served in the Red Army. Those monologues became the initial stages of what would turn out to be a rich and detailed tapestry of testimonials concerning the role and vision of women during this terrible period of time in modern-day history. Women who survived and lived to tell the tale of circumstances so extreme, tragic and painful that it is difficult for us to hear, let alone imagine, them in today’s world. All of these lived experiences, recounted from the most intimate memories of the female protagonists, make up a choral narrative with a unique perspective – what the war to combat a German invasion meant for Russian women at that time and what they understood by patriotism. The author, whilst remaining true to the serious revelations contained in every memory she records, does also grant the reader frequent respite from the severity of her subject matter by the inclusion of seemingly frivolous little anecdotes from the humdrum everyday lives, even during wartime, of otherwise unremarkable human beings. Her prose is concise and without artifice, thereby brilliantly resolving the difficulties inherent in dealing with feelings. It also transmits the author’s empathy with her interviewees who leave us in no doubt as to the veracity of their testimonies and who imbibe the entire book with their palpable strength of will. 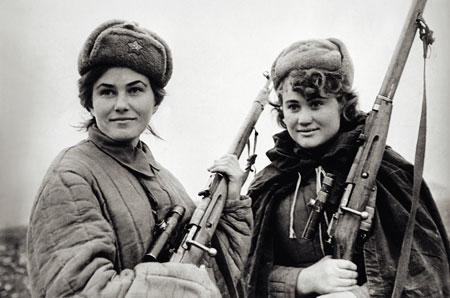 The publication in 1985 of War’s Unwomanly Face, written two years earlier, coincided with the welcome arrival of the perestroika/glasnost era and was met with spectacular critical acclaim and commercial success. Its 2015 publication in Spain came in the same year it was awarded the Nobel Prize for Literature.

This is evidently not, therefore, just another book about war or the barbarity of war in our time. It is, rather, a reflexion on the hopes invested in and frustrated by the events that constitute our recent history. When, in 1979, Lyotard described a crisis facing longer novels versus the proliferation of shorter books whose infinite varieties are unforgiving of them, he could have been describing exactly what Alexievich does on a daily basis, namely: she maintains the individual identity of each of her speakers without compromising their credibility or that of the narrative.
For me to recommend that you read it smacks almost of a dare because, as Franz Kafka once said, this is a book that deserves your attention and one that will strike you down with the aim of an ice-pick, chipping away at the coldness in your heart, mind and very spirit itself. 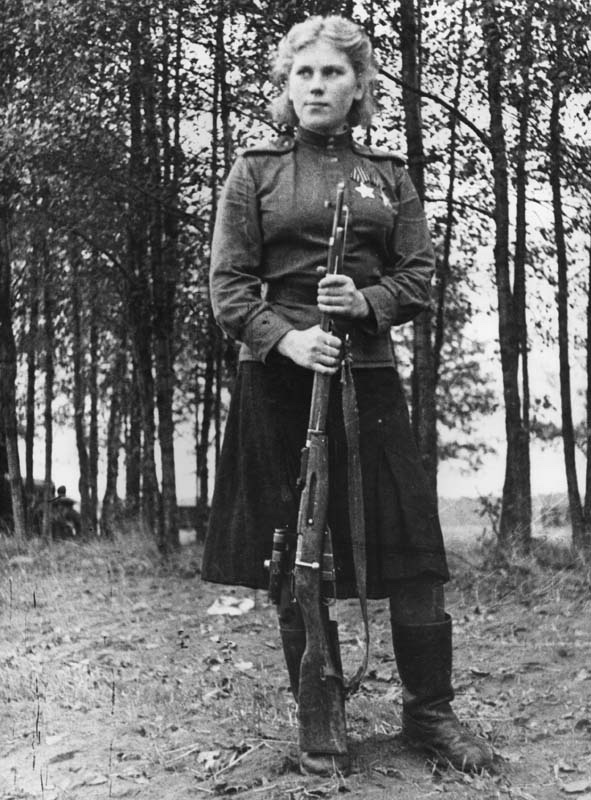