Both among those who, by reason of their religion and culture, consider themselves to be Jews and for those living as Jews whilst also considering themselves an integral part of the secular and cosmoplitan mindset prevalent today, the question of a Jewish identity and the main issues involved in defining it is a recurrent one: for instance, the Jewish take on history and time, Jewish persepectives as regards individuality and collectivity, and, of course, anti-Semitism to name but a few. With the sole aim of contributing to the dialogue this type of reflection invites, I would dare to posit the two-way character, at once ambiguous and conflictual, of the Jewish estate that this conversation, broadly speaking, might well end up concluding. 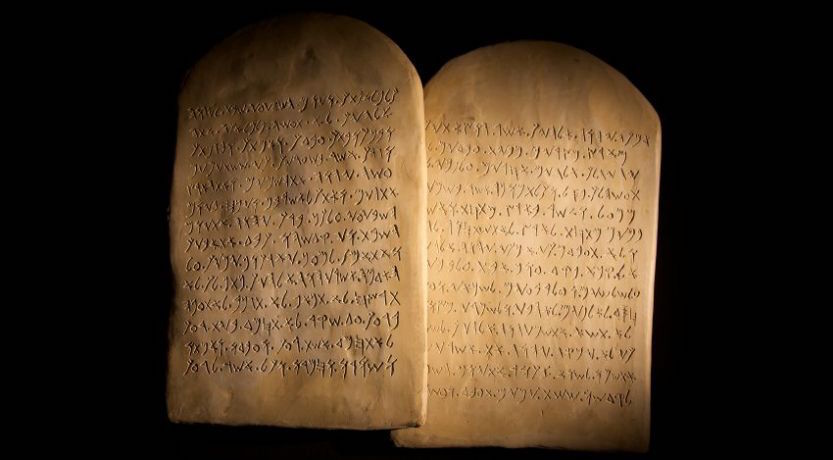 Both among those who, by reason of their religion and culture, consider themselves to be Jews and for those living as Jews whilst also considering themselves an integral part of the secular and cosmoplitan mindset prevalent today, the question of a Jewish identity and the main issues involved in defining it is a recurrent one: for instance, the Jewish take on history and time, Jewish persepectives as regards individuality and collectivity, and, of course, anti-Semitism to name but a few. With the sole aim of contributing to the dialogue this type of reflection invites, I would dare to posit the two-way character, at once ambiguous and conflictual, of the Jewish estate that this conversation, broadly speaking, might well end up concluding.

I am referring, in particular, to that indeterminate oscillation, as yet unresolved but still so characteristic of the Jewish people, between the temptations of sectarianism and the impulse to participate in the dynamics of society on equal terms with the rest of its members. This seeming duplicity, this conflict or ambiguity in their position would be incomprehensible were we not to take into account the tenets of Judaism as a religion and the vicissitudes of concrete Jewish history up to the present. It will be a lay understanding of the specificity of religious tendencies and the mystical orientations of Judaism - which rewrite Judaistic history from a deep understanding of the reciprocal influences of religious, social and political factors - which can, to a large extent, shed light on the problems surrounding the situation of Jews in today's world.

Gershom Scholem, one of the greatest scholars of Abrahamic spirituality, pointed to messianism and redemption at the core of earliest Jewish belief as its defining elements, albeit as undertood very differently to the Christian view of them. Christianity sees redemption as an event that happens within the spiritual domain, invisible, inside the soul, in an individual's personal universe and one that refers, essentially, to an inner transformation that doesn't necessarily change the course of history, while for Judaism, the coming of the Messiah and the ultimate redemption are, essentially, an historic event that must needs take place both in the public arena and within the bosom of Jewish society. In other words, it is a visible, temporal happening that would be inconceivable without that outward manifestation. An internalised redemption interpretation has always seemed to Judaism a get-out clause, a loophole, an escape from the scrutiny and challenge that Messianism represents in terms of actively hoping for and, therefore, contributing to the restoration of creation to its original perfection.

But this state of active hoping and waiting is often at odds with a centuries-long evolution that spans everything from an optimism that fomented even large-scale socio-political revolutionary movements to an attitude of disillusionment - in no small measure determined by the failure of those very movements - in the midst of which the merely spiritual tends to prevail over the need for social and political action. It is at this moment that "the Hebraic political body stops functioning and its people withdraw from public life and history".

Scholem himself recognised, in this deep disillusionment with messianic hope, one of the major causes of the Jewish community's retreat inside itself, of its tendency to cloister and isolate and limit itself to just the conservation of its threatened identity and, perforce, of its political dismemberment. It is this situation that makes the Jew - and not just in the metaphysical sense of the clichéd "Wandering Jew" - a true symbol of the condition of every modern man and woman, as an individual deprived of community bonds, oblivious to true solidarity and dispossessed of a common homeland, as explained a few years ago by the French scholar and philosopher André Neher. According to Neher, the Jew is a voluntarily disenfranchised pariah who does not consent to being subjected to the worldly conventions that constitute a collective identity, but rather accepts their condition of marginality and becomes a conscientious pariah, even though this means renouncing the advantages of social success.

It is, perhaps, from this point of view of social marginalisation that one might best understand the Jewish approach to history, their exodus, their wandering, displacement and diasphora over the centuries. Judaism, according to Franz Rosenzweig, in so far as it positions itself outside both the course of history and the modern concept of history, imposes itself as the voice advocating the notion of itself as the measure and judge of all things. This does not mean to say that, in order to judge history, one has to be Jewish. However, it is the Jewish people who have demonstrated how it is possible to liberate not only themselves but Gentiles also from the weight of history, in as much as they do not wish to be part of it but, rather, to look at it in its entirety from the outside.

But if social marginalisation can result in an aptitude for historical critique, it can likewise induce behavioural patterns dominated by a desire to distinguish itself or to display qualities that speak to a, supposed or actual, Jewish superiority. This is what led figures such as Benjamin Disraeli to claim it a strategic virtuosity or an almost occult power over non-Jewish society which, both effectively and lamentably, served in its day to reinforce an anti-Jewish sentiment and anti-semitic prejudice. Instead of an objective judgement on the difference between Jew and Gentile, this attitude paved the way for simplistic, mytho-religious counterpositions and a manichaeism of good and evil. According to Hannah Arendt's detailed analysis of the social situation of Jews in pre-Nazi Europe in the first section of her The Origins Of Totalitarianism, it is the apoliticalism of Hebrew communities, together with the depoliticisation of the bourgeois masses, that contributed most to the rise of anti-semitism. Following on from Scholem, Arendt explains this illusory pretension to superiority felt by some emancipated Jews as one of the consequences of the bankruptcy of Messianic hopes and the Jewish secularisation that ensued. Judaism, once its spiritual and religious essence is diluted down, tends to transform itself into the mere fact of ethnic and linguistic belonging. Too "enlightened" to show any religious convictions, the emancipated Jew maintains, nonetheless, their links to the claim of belonging to the "chosen people" which places them outside both Jewish society proper and that of the Gentiles.  The condition of this European Jew, within the vanishing framework of a bourgeoisie increasingly distant from its revolutionary origins, becomes almost elusive.

One way or another, the Jewish condition then takes on the aspect of a worldlessness or uprootedness. Lost in the secularised dream of heaven on earth, European Jews allow their political history to depend on external, casual and even sinister factors. And so ... does this not come to confirm the failure of the notion of politics not just in the Jewish world but in the modern world in general?  Social particularism, obsession with prestige and the dissociation between citizenry and institutions are taken-as-read characteristics of contemporary Western society. However, all things considered, something positive has also come out of this failure, namely, that the distinction between a community's religious and political practices be built on the defence of a necessary distinction between the private and public spheres. Cultural traditions, ethnic and linguistic belonging or religious faith are what constitute the uniqueness of the actors on the world stage. But the chance for each of them to act freely in this world common to us all, whilst maintaining their differences from it, require an ability to transcend their unicity and singularity.

That is why a nation state like Israel, founded after the Holocaust in order for Jews to have their own political space, may seem regressive in the light of these modern world achievements and to the extent that it is based on strong confessional connotations. Perhaps the right direction to go in is not that of a search for a strictly nationalistic solution but rather, conversely, one that attempts to reconcile the specifically Jewish situation with that of society as a whole, one that tries to unite Jewish aspirations to emancipation with the right of all peoples to self-determination.  In order for Jews to be liberated form their status as excluded and persecuted, it is necessary that they be themselves, in any public sphere, and that they be equal to non-Jews, assuming and themselves demanding equality with all others. They will, of course, still need to maintain their own historical, religious and cultural identity. As Emmanuel Levinas rightly observed, Judaism is the face of an exteriority that cannot be engulfed in an undifferentiated entirety. But they must also transcend this identity and move towards a structure of universal relations. Only by acting independently of their ethnic origin or religious faith can Jews acquire the right of access to that common public domain in which the status of plurality becomes reality, or, in other words, where they can live as distinct and unique beings among their equals.

In a nutshell, the Jewish condition, having now become a symbol of modern exile and rootlessness, would then assume the fundamental significance of a struggle for the conquest not just of a physical or a social space but, more importantly, of a political one. A space where the irreductable, entrenched differences between people based on their origins no longer constitute a factor in discrimination but become, rather, the foundation for the equal and pluralistic participation of all in the practice of politics.