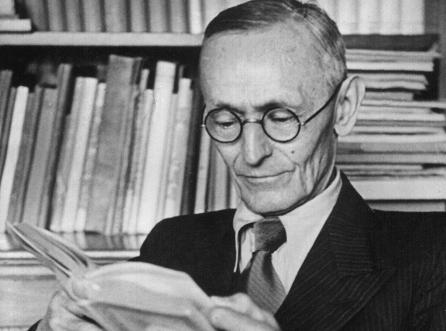 It was Hermann Hesse, together with a few other authors, who showed me from a very early age that literature is the refinement and perfectioning of life that is achieved through the kind of internalization often found in fine art. Internalizing does not mean reducing narratable external events to their minimum; rather, it means combining a series of events with a specific narrative message, within that apparent stopping of time that, again, we often encounter in fine art.

Hesse’s novels and short stories do not simply reconstruct events; they explore a wide range of existential and spiritual meanings through allegorical mediations and myths.

Many of his works show us entire new worlds and periods of time that seem to have never existed. His anti-heroes are symbols of misfortune, thrown out and left to rot in the ignominy of history from where they linger and stare back at us until our eyes hurt. It seems like Hesse wants to escape from the metaphysical-rhetorical optimism of classic European and Western humanism in order to defend the insoluble, inexorable union between pessimism and humanity. The way I see it, this is precisely what many of his allegories try to express — they are aimed at the source of a kind of happiness that is not quite of this world, but only because to achieve it requires a kind of inner transformation that intensifies the experience of the spirit. This is one way of extracting from Hesse’s books the spiritual richness within them, and of interpreting the self-reflexive, expressive mediations of his writings as new ways of understanding and practicing art. 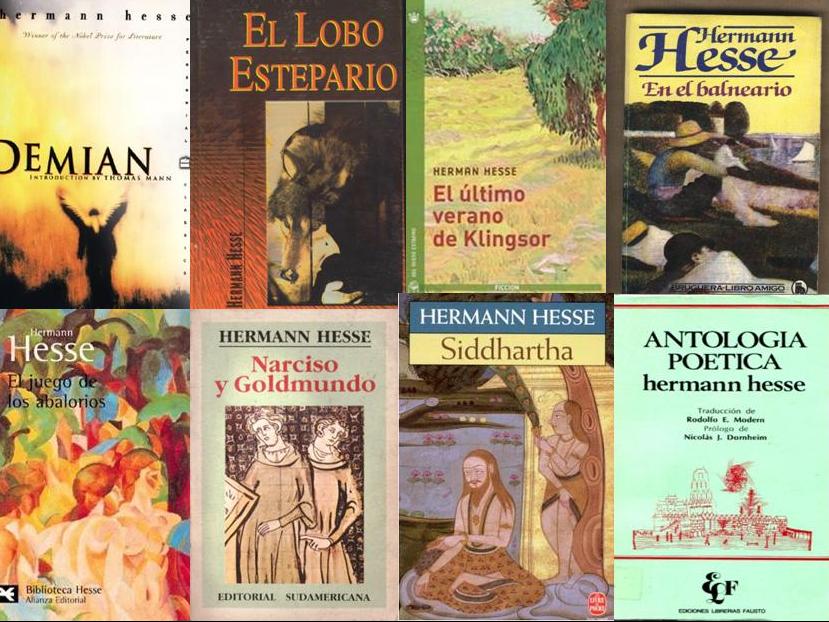 It’s true that, today, many of Hesse’s novels feel rather distanced from our modern sensibilities: they almost feel like symbols whose role is to “represent”, at least in the Schopenhauerian sense of the word. The poetic distance of novels such as Demian, Beneath the Wheel, Narcissus and Goldmund, Rosshalde, Steppenwolf or Siddharta is, in fact, an ironic one, one which expresses a worthy critique of that unquestioned dogma: that there should be no pain in the world of representation.

In other words, the irony that is the anachronism of Hesse in our contemporary world is due to his positioning himself halfway between an allegorical short story about the soul of the modern European and a phenomenology of the disgraced conscience of the generic Human Being, who appeals to the highest, most seductive form of art as a parody secretly turned against itself. In this sense, detailing the exaggeration and the extremism so characteristic of Hesse’s spiritualism, this notion has a long history, because it reflects the intellectual disposition of those who grind their teeth in proud modesty while passionately seeking truth in beauty, as many philosophers and artists have done and will continue doing.