Launched to fame by the Italian Trans-avantgarde in the early 1980s, the work of Francesco Clemente (Naples, 1952) follows an undetermined, enigmatic style that is in constant transformation and flow. The turning point that marked his career was his mystical journey to India in the 1970s, where he found spiritual reconciliation. Clemente had the wise intuition to settle in New York, where he has developed the core of his work. Much of Clemente’s pictorial production is figurative, through portraits whose ghostly atmosphere reveals a transcendental vision. It is this fusion of cultural roots where East meets West that gives him his most personal touch. From his studio in New York we will be exploring his life and his work. 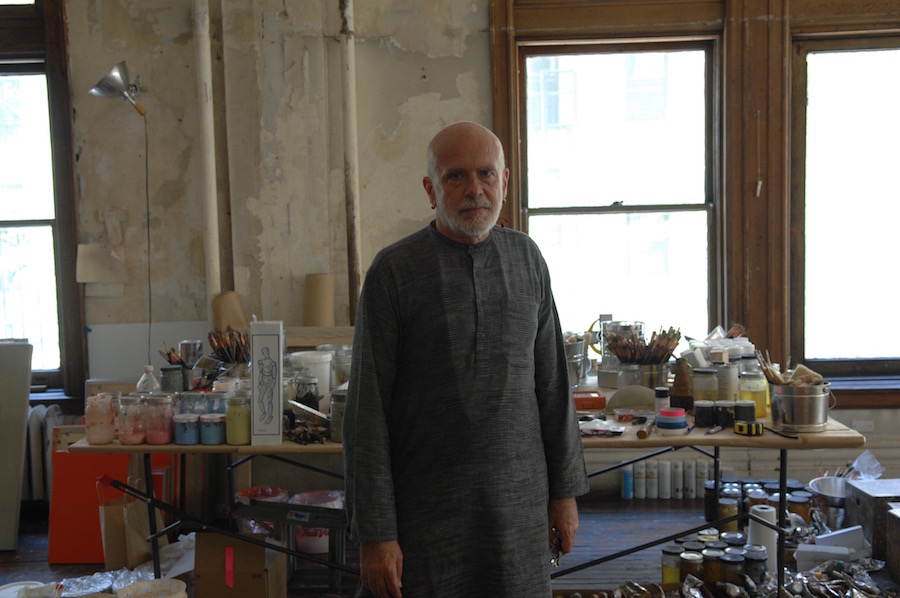 Launched to fame by the Italian Trans-avantgarde in the early 1980s, the work of Francesco Clemente (Naples, 1952) follows an undetermined, enigmatic style that is in constant transformation and flow. The turning point that marked his career was his mystical journey to India in the 1970s, where he found spiritual reconciliation. Clemente had the wise intuition to settle in New York, where he has developed the core of his work. Much of Clemente’s pictorial production is figurative, through portraits whose ghostly atmosphere reveals a transcendental vision. It is this fusion of cultural roots where East meets West that gives him his most personal touch.

From his studio in New York we will be exploring his life and his work.

I would like to start asking you about your youthfulness. What was your experience in Italy, bearing in mind all the political unrest at the start of your career, with the terrorism with the Red Brigades, the social conflict…?

If you say 60s, we are talking about my teen years and what comes to mind is boredom. I’m very lucky, because I lived at a time when you could be immensely bored. I think that without boredom, you can’t get any new ideas in your head. From that, we entered the 70s. Yes, my generation is the last Marxist generation. Also, the seventies was the last decade that produced ideas, and some of those ideas are still valuable to me. I’m a big fan of Debord’s book, The Society of the Spectacle. There is a flag here in the studio that shows a quote from the book, which is a prophetic book. 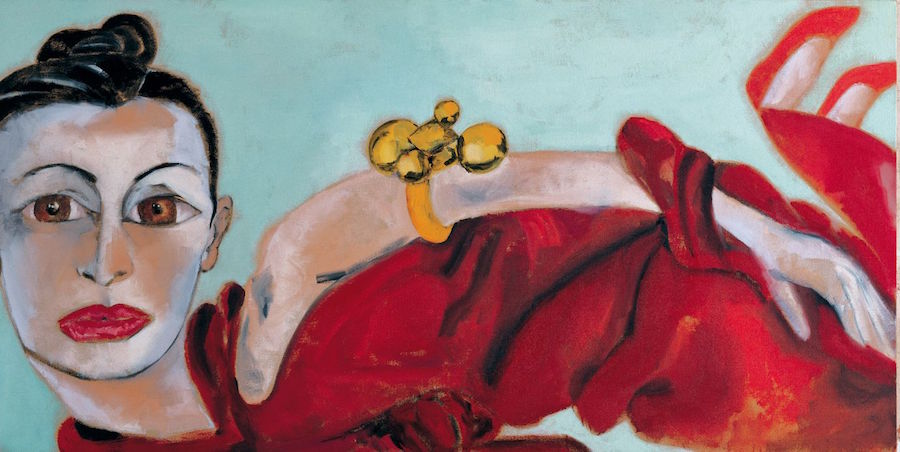 And then, in the 70s you travelled with Boetti to Afghanistan and then to India….

I travelled to remote parts of Afghanistan with Boetti. We went all the way to Pamir, the crossroad between Pakistan, China and Russia. It’s the very tip of Afghanistan. It was an adventurous thing to do, but back then you could do that.

And you opened a studio in Madras. What were you searching for in India?

I felt that history had led me to a dead end. I didn’t see where I could go. So I decided that my work should draw from geography, rather than history. I didn’t know anything about India when I went there the first time.

What has interested you most of Hindu culture: the more sensual aspect with its chromatics, the corporeal aspect… or do you prefer the spiritual side?

That’s a Western dilemma: spirit against body. But even in the West, in the alchemic tradition, they say you should spiritualize matter and materialize spirit. So I was looking for reconciliation.

You have also worked with Hindu artists, and I have seen you continue work with them. What do you get out of the joint creation process?

Well, I believe that the most accurate description of our consciousness is continuity of discontinuity. So I indicate with my work the fact that we have a fragmented self and I’m interested in the gaps that separate all our different personas. Many of these ideas can be found in the contemporary traditions of the East. All of those traditions deal with this. 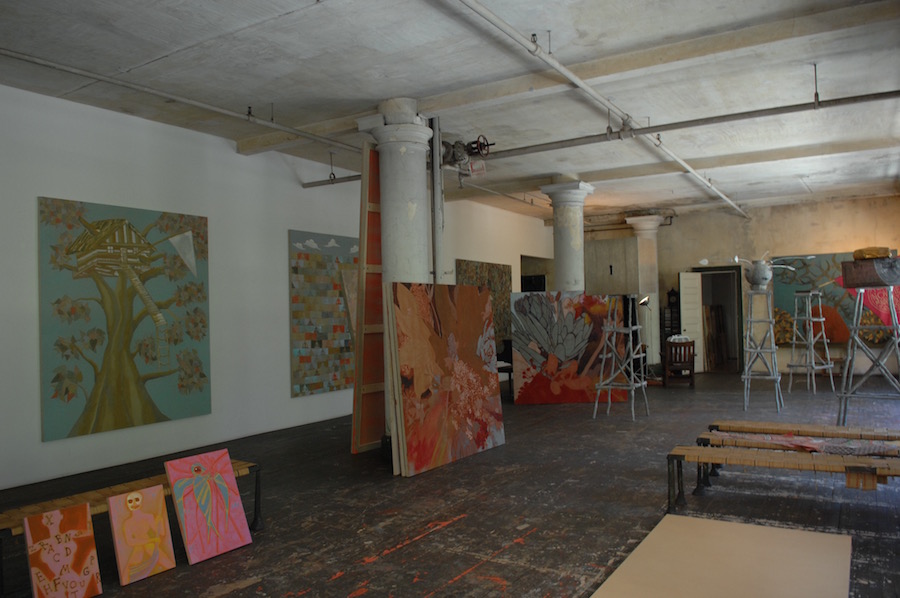 You were one of the main figures of the transavantgarde movement of the 1980s, when painting was upheld once again as a reaction to immaterial avant-garde. How do you remember this change?

Well I think those few years were a window of liberty and adventure, which didn’t last very long. Today, we are confronted with an international style that is in a way very neutral and very academic, if you want. So again, I was very lucky to be in the right place at the right time.

What led you to subsequently split from this movement?

It wasn’t really a movement. I think, actually, that whole generation of artists lacked a proper theoretical background and no one really bothered with that. So there were a few labels, you know, the neo-expressionist, the transavantgarde… but all of these were only labels. It was more of a synchronicity of several people in different parts of the world going back to making art drawn from life and not from other art.

When you look at the paintings of that time, at the explosion of feelings and expression of desire, dreams and fantasy, do you recognise yourself?

I’m an empty chair... I don’t have a self to recognise.

What can you tell me about your collaboration with Basquiat and Warhol, two of the most representative artists of the New York scene of the 80s?

I think the reasons of the work are more important than the appearance of the work, so I’m very proud that we did these collaborations because they show that the intentions are stronger than the appearance. I mean on the surface, these three works are very different from one another, but somehow they are drawn together by all the things we didn’t like, rather than what we liked. I have fond memories because I personally liked both artists tremendously. I was very close to both of them. I miss them both. They could both be alive… it is still their time. 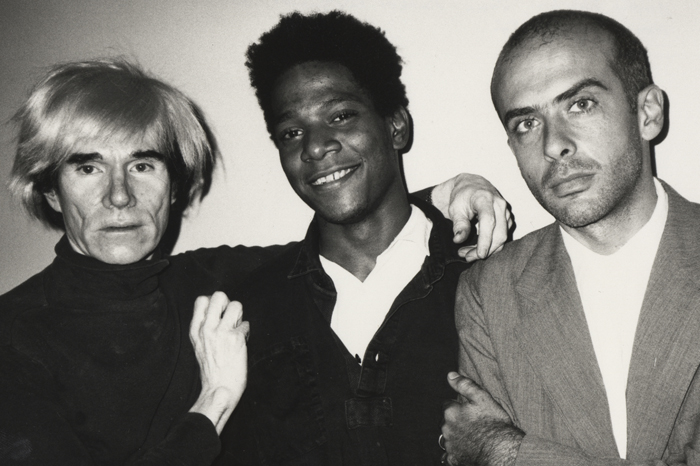 Is art enough to meet your spiritual need?

No, I pray every day. Art is a form of giving, not a form of receiving. You don’t receive from art… you give to art. But to give is also a need.

Which have been your main obsessions?

My obsessions are constantly renewing themselves. I move from one obsession to the next. But in my trade, obsession is not considered a disorder; it’s considered a necessity.

Most of your portraits are impenetrable. What do your faces speak of?

And are you also impenetrable?

I’ve been told three times by very different people that I remind them of smoke. Is smoke impenetrable? I don’t know. Hard to catch, for sure.

There have been many changes throughout your artistic career, as well as in your techniques. What is the reason for so much movement, so much change?

It was my intention from the beginning to not anchor myself to a particular solution, or a particular style. At the same time, that is my strength because it means that everything I do is fresh, and my weakness because I am constantly beginning, which means that I never know what I am doing. Also, the goal of my work is to remind the viewer of the necessity to be fluid, to be in a constant state of transformation. 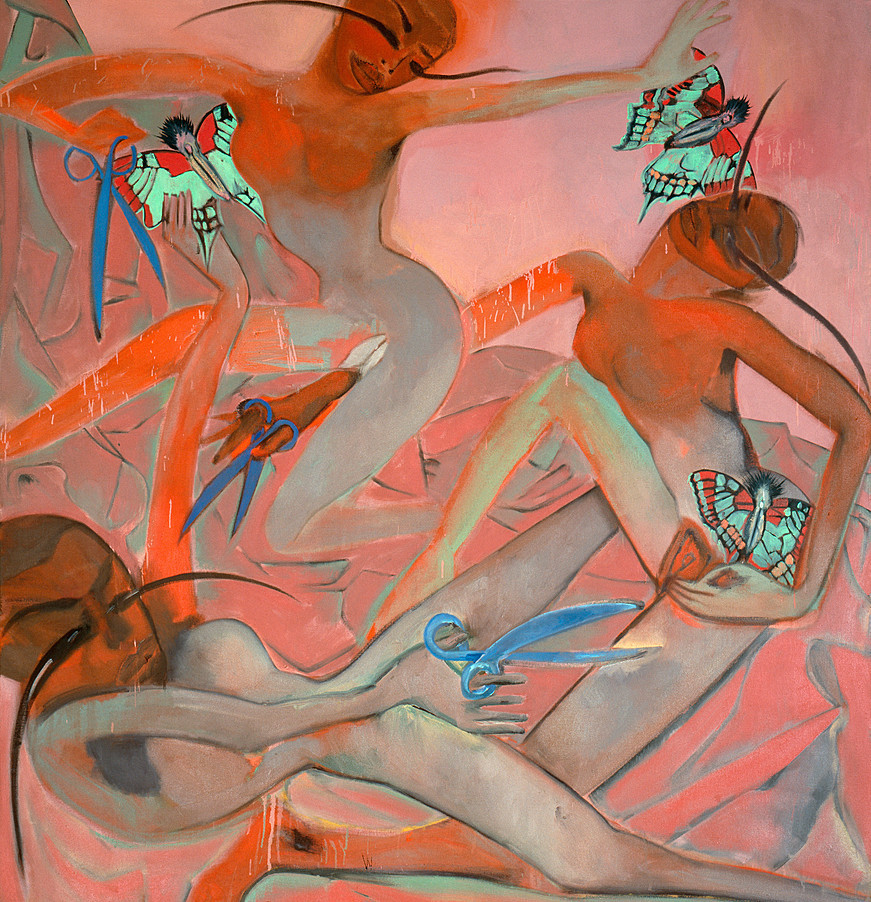 Your paintings are very enigmatic. What do they mean to you?

My paintings are enigmatic, life is enigmatic. Everything is an enigma, everything is a mystery. There’s a beautiful quote in a de Chirico painting that says in Latin: Et quid amabo nisi quod aenigma est? (And what shall I love, if not the enigma?)

Do you discover something about yourself during the process of making your paintings?

The advantage of making something by hand is that you never make what you intend to make, so then you have to adapt to the circumstances. So in that sense, you have to be open all the time, and upset, which is a good lesson for life.

Do you recognise the state that you were in at the time of painting?

Yes, my paintings are tied to the changes in my life and they’re tied to a sense of synchronicity. I’m a believer in synchronicity. You know, the simplest example of synchronicity is when you think of someone and then you turn the corner and you see that person. I am very much in touch with that kind of resonance and symmetry in life, where things don’t happen on their own, they happen in clusters. They all bounce against each other. I’m a listener… I listen to the harmony of life and I translate that in my paintings.

Isn’t your painting a sonata of specters?

Yes, I definitely feel like a ghost a lot of the time. I wouldn’t want to feel too real.

You, who were born and trained in Italy, who has lived an intense experience in India and who now lives in New York, how do you relate with your identity? Who are you, from among these three strong identities?

Do you need to find inspiration whilst travelling, or is it something you do not seek? Perhaps it is like Picasso said, that inspiration has to find you working?

One thing leads to another. The only obstacle in life is ourselves. If you remove yourself from the picture, there is really nothing you can do. 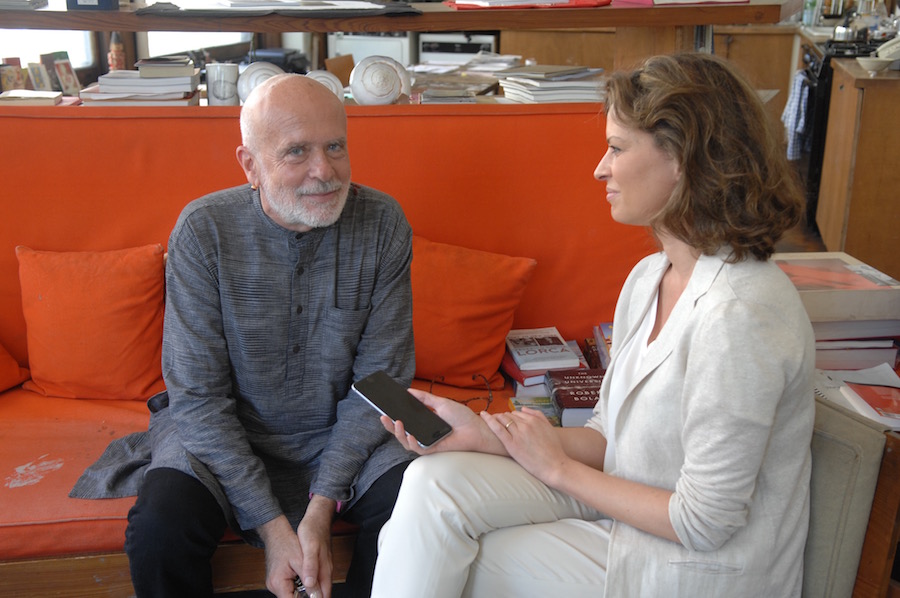