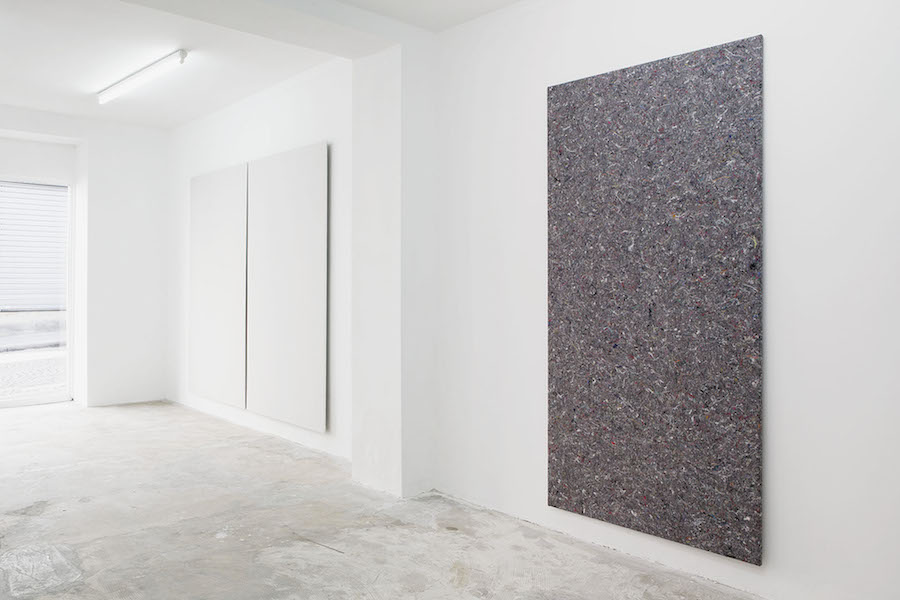 Matteo Mottin – in collaboration with ATPdiary – asked some questions to the artist.

ATP: I’d like to start from the title of the exhibition. “Suites” is a word that has different meanings in French and in English (I don’t actually know about Norwegian…). Could you tell me about it?

Olve Sande: The structural basis for this show is a continuation of a correspondence with the norwegian poet Jørn Sværen, where he sent me a series of short notes with the measurements of windows he had encountered in his daily life accompanied by a small text fragment. As a representation of a series of spatial situations, each work in the show is based on the interpretation of these notes. The dimension for the window for the room for the situation. The term suites suggests this set of rooms and the resulting amalgamation of different narratives and situations.

ATP: In “Outs”, your previous personal exhibition at Antoine Levi, you worked inside the gallery space in conjunction with its renovation, transferring the former space’s floor onto the walls of the gallery. Is there any link between “Outs” and “Suites”?

OS: Definitely. The works are in both cases created in the gallery space, and the final outcome of the show is a result of the interaction between a predefined concept, a given material, and the situation of production. It’s a process of reading and writing at the same time.

In this case, the given material was the notes i received from Jørn with the window measurements and its corresponding titles. For this show, the work in the gallery coincides with the process of reading and understanding the titles and relating to the scale of the works, like i had to relate to the given laminate floor of the last show.  Working in the same space a second time, there is also the recollection of the previous show which also resonates with the current work and doubles the situation.

ATP: You studied both architecture and literature. In which ways this background has influenced your practice?

OS: At this point it´s a bit difficult see what comes from where. I think the most important implications of my background is that it gave me a quite good understanding what architecture and literature can and cannot be, and it made me realize that my interest was located somewhere in between the two. When i was studying architecture i was more concerned with its narrative potential, and studying literature made me want to explore the physical aspect of language. At some point i realized that art probably was a good place to start if I were to pursue what had started to interest me.

ATP: Could you tell me about the way you work? Do you start with a concept or is it more about experimenting with materials?

OS: As most of my works are produced in a site specific situation within a limited timeframe, it makes my working process quite compartmentalized. Before I begin a new project I try to create a certain distance to my own work so i can develop a conceptual framework without being too concerned with the practical implication of actual production. Between projects I spend most of my time reading whatever catches my interest, browsing through books in the library and taking notes until a new project starts to emerge. I then look into ways of investigating a particular idea, looking into potential manifestations of the project. As the actual production necessarily has to be based on a certain amount of improvisation, this usually implies developing a kind of working procedure so that i have a clear structural basis when I enter the gallery space to make the works. Informed by this new body of works, the show is then succeeded by a kind of retrospective process where I try to get an overview of its conceptual implications before I start looking into new material again. 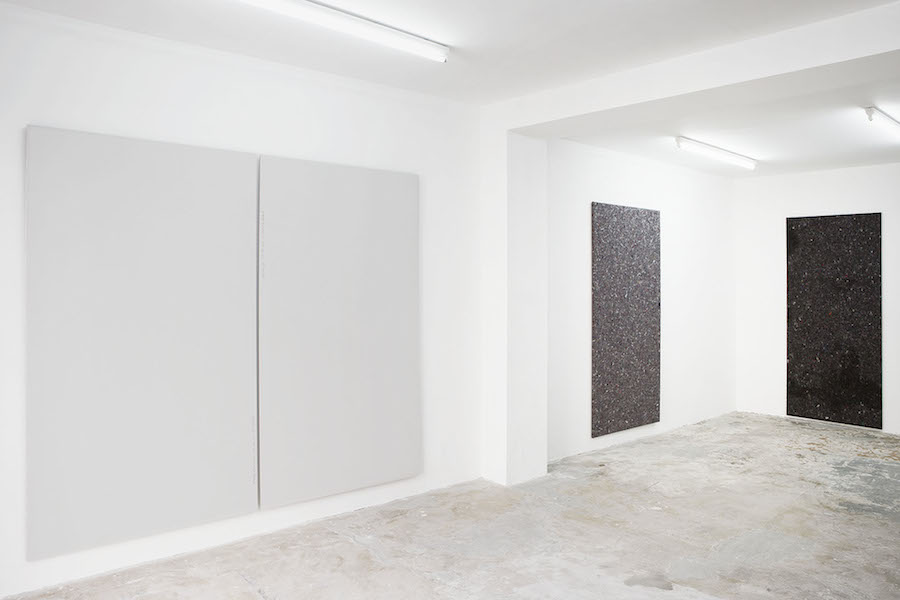 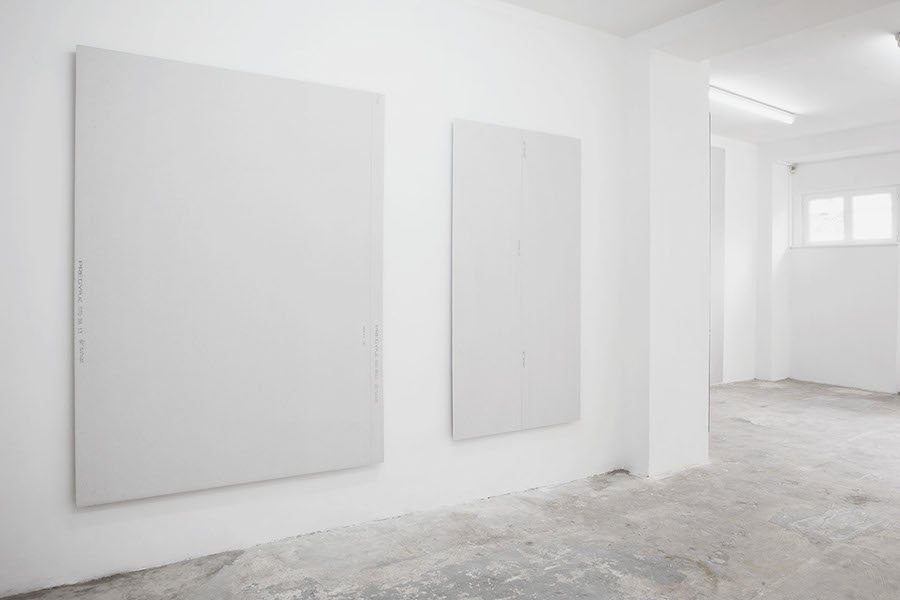