Jean-Luc Nancy (Bordeaux, 1940) is one of the foremost French thinkers of our time. For many years, he was Professor at the Université Marc Bloch in Strasbourg. His Christian background, present in his beginnings, evolved with his discovery of Heidegger’s philosophy. Another decisive influence was his discovery of Structuralism and his contact with Derrida, which among other things served to strengthen his preference for the contemporary in his philosophical reflections. We began by talking about the challenges that philosophers face nowadays. What would you say are the greatest challenges that philosophical thought faces today? In philosophy, nothing is a given. No meaning can be considered obvious.

Jean-Luc Nancy (Bordeaux, 1940) is one of the foremost French thinkers of our time. For many years, he was Professor at the Université Marc Bloch in Strasbourg. His Christian background, present in his beginnings, evolved with his discovery of Heidegger’s philosophy. Another decisive influence was his discovery of Structuralism and his contact with Derrida, which among other things served to strengthen his preference for the contemporary in his philosophical reflections. We began by talking about the challenges that philosophers face nowadays.

What would you say are the greatest challenges that philosophical thought faces today?

In philosophy, nothing is a given. No meaning can be considered obvious. For example, it isn’t possible to talk about “man”, “society” or “science” as if these words designate well-identified realities. The challenge is precisely not to latch on to any acquired identity. For a philosopher, nothing should be taken for granted. Preconceived and established meanings must be constantly reevaluated, and new possibilities opened.

How can a philosopher teach a society to think this way when it is as anxious as ours is for answers and truths that it can cling to?

At present it’s much more difficult to set a course than it was at the time of the workers’ struggles or the end of dictatorships. How did Franco’s dictatorship last so long when many people were against it? Because it was a time of societal transformation and transformation of the European economies, and in turn these transformed the conditions that would prepare the end of the dictatorship. Why are the European Socialisms and Communisms in crisis? Because their motors are too old. We have to find new ways for a new state of affairs in which techniques, powers and expectations have transformed slowly. And in fact, this is what needs to be made understood: a patience that is active rather than passive. An impatient patience and a patient impatience.

You have written often about terrorism, especially after the grave attacks in France. What is your opinion on this subject?

This terrorism is the combined effect of two forces: that of the change in Western dominance and of the assertion of Islam, which has seen its equilibrium destroyed by colonization and the end of the Ottoman Empire. This terrorism reveals an extreme situation created by the very strong contradiction between the Western model of development and wellbeing, and the reality of existence in countries that feel marginalized, and where the upper classes or casts preserve the enormous differences in terms of wealth and status.

At the same time, the West is weak in its own strength. It doesn’t believe in its own civilization any more, it is preoccupied with its own technique and sees how capitalism grows without lessening differences in standards of living, while no Socialist economy has been able to last long (the Soviet economy was a State capitalism). In fact, there is no “West” anymore, and instead there are techno-economic poles of power whose visible heads are the United States of America and the Non-United States of Asia, but whose possessions and actions are found almost everywhere, and wherever there are resources to be exploited. Europe no longer has a consistency of its own, and it is subjected to this division of world powers.

Therefore globalization provokes explosions, tragedies and social and cultural collapses of all kinds. For five centuries we believed that utopias were achievable, and we have believed in their vanity. Now we have to think differently, and reflect on our place in the world. This will take a very long time… centuries, forcibly… But societies have always shown that they are able to overcome considerable challenges.

What are you referring to when you talk about the “surprise of liberty” Do you believe that we are free, or not?

Liberty is not a faculty we possess, or a right that we have at our disposal. Liberty resides in the fact that our existence is not programmed, and must find its own path. However, it has to do so as existence in a world that has conditions and limits. We are not free if that means “to be able to do what one wants” and “be independent of everything” because we depend on a lot of things, and most times our “will” consists only of propensities, hopes and yearnings that come from somewhere else. Understanding this and what that means is the beginning of liberation. And that is why liberty surprises us, because we discover that there is something other than what we thought was obvious.

For example: I become ill and cannot do my job, but I can see my state as an experience; the experience of not being in charge of all of my decisions, or of my preferences. Sometimes the ailing “give lessons” to those who are in good health.

Could you explain how suffering is an opportunity to broaden liberty?

That’s not what I am saying… and above all I’m not saying that it is an “opportunity”. Suffering is not a favorable occasion, it’s a reason to rebel, and especially to look for how to rebel, in the best of cases. In other words, to what end? Surely the aim is to not suffer more, but even that must be defined. For a long time, that goal was grounded in the word “Communism” or “Socialism”. But these concepts were never truly developed, except for in the Soviet form, and that form failed.

Why did it fail?

That analysis has not been done yet, or not sufficiently. Instead of looking deeper into that question, communists are happy to just deplore the dirty capitalism that has supplanted any idea of a fair society with that of consumer freedom. They complain about injustice, but they don´t know where justice is found. For example, we often hear talk today about a universal minimum wage. It seems like a fair and good idea, but it is also a very dangerous idea that would contribute to keeping many people at that minimum. The truth is that nowadays, in order to invent, first we must think. And we must scream as well. Brexit was an outcry by those who have been treated with contempt by the ruling class in Europe. We have to listen to that outcry. But what should we understand from it? That is what remains to be seen.

In your book The Deconstruction of Christianity, you talk about religion in today’s world. Could you tell me a bit more about that?

It isn´t about breaking, or annihilating, but about taking apart or de-structuring an edifice to show what it is made of. Now, Christianity is not made of religion. It was made from a profound mutation of Mediterranean humanity when it needed to emerge from the Ancient World, a world of limits, a finite world, and what we could even call de-finition. Everywhere there were gods with precise functions, rules to comply with, models to imitate and fixed horizons. At some point, that all crumbled. Undoubtedly, with the Roman Empire we saw the first “globalization” – when there was a departure from closed territories and fixed conditions (such as “free man vs. slave”). So then a desire for the infinite, and the promise of infinity began. This attainment produced a change in civilization, culture and society gave rise to the great adventures of the modern world, with all of their risks.

And with this deconstruction of Christianity, what specific conclusions have you come to?

The first conclusion is the most important: the profound transformation of the culture that occurred with the arrival of Christianity was the departure from religion as idolatry, as superstition, towards a cosmo-vision with an infinite horizon. The universal, the “whole” of Christian catholicity means, above all, the unlimited: no more idols, and instead an open infinity. So there is also energy for enterprise: we can and we must transform ourselves, and transform the world, infinitely. Christianity has materialized itself as humanism, as capitalism and as technical progress. This all becomes problematic and obscure, but we are always looking towards infinity. And religion as a collective point of reference has disappeared from the West.

The second conclusion is just the opposite: if Christianity took on the imposing religious form that it has had for centuries, it is because the certainties and references on which it is based are always desirable and highly desired. Then there are those who appropriate these references to construct meaning, as an instrument of power, an ideal of beauty or of the gratification of thought, and those who (and strangely, they are sometimes the same) seek representations, images and legends they can deliver themselves to. Atheism is unable to resolve many doubts. And that’s a shame, because religion as assurance is a lack of liberty, except for mystics and great spiritual men who have, on the other hand, helped many religions evolve as well.

To end, let’s talk about art. In what ways do you think that the meaning of “contemporary art” is different from traditional art?

Traditional art was linked to the possibility of the representation of truth – a religious, political or heroic truth, or a truth of perception, sensation or feeling. The modern world sees truth as an infinite process of searching. There aren´t stable and accessible figures or forms anymore, not even in what art has been able to produces in terms of forms we call abstract or colors without precise forms (Rothko, Newman, Pollock). A whole culture is being invented where the very meaning of “art” is becoming more obscure, precisely because it is no longer about representing given truths.

What would it mean?

The meaning of “art” is, in a way, necessarily enigmatic and elusive, because it does not allow itself to be formulated by language. Think about music: with twelve-tone music, serial music, electronica, jazz, rock and mixes of tonal and atonal music, our panorama of sound has changed considerably (as has our visual landscape, but sound has a stronger sensual penetration; think of electrification, techno, rap, slam, etc.). We look for new sensibilities, and that has its risks, of course. We search for what sensibilities and what enigmas of the senses are becoming “ours”. 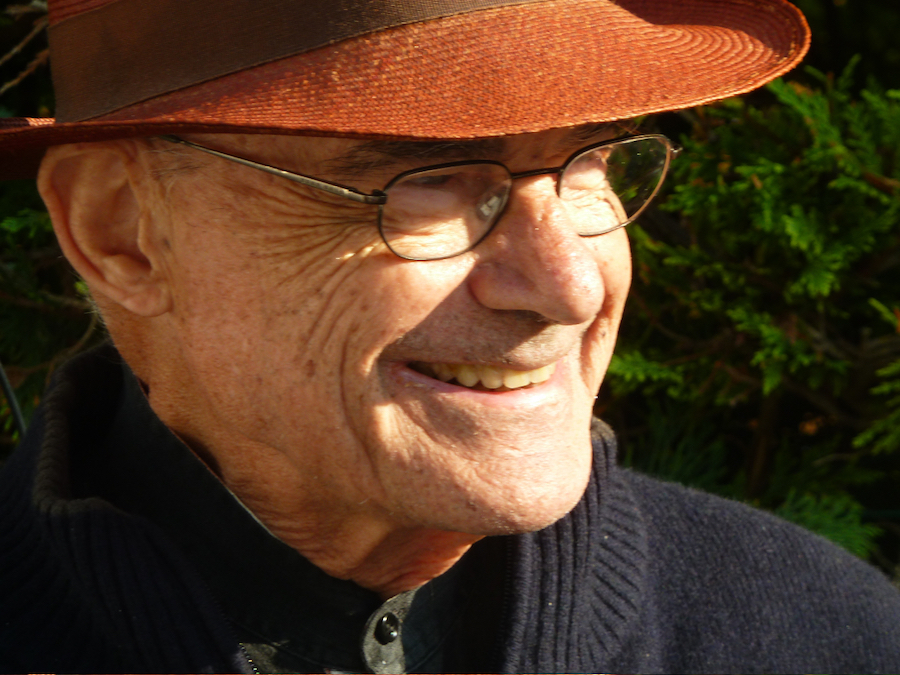