“I only survived thanks to art. It gave me faith in my own existence." And this is how bluntly Tracey Emin (Surrey, 1963) writes in her explosive autobiography Strangeland (Sceptre, 2005; Spanish translation published 2016), a collection of personal writings and reminiscences that allow us an insight into an undoubtedly complex persona. And this without falling into the trap of clichéd judgements on her provocativeness or exhibitionism, precisely because her personal history and her artistic identity are intertwined so fascinatingly and so irreverently. She has made what was once cutting-edge ~ the merging of intimacy, art and life to make something insoluble ~ into a new, confessional-style, conventional artform. For this reason, Emin's artistic output cannot be fully understood without reference to her life and this is not to state the obvious just for the sake of it.

“I only survived thanks to art. It gave me faith in my own existence." And this is how bluntly Tracey Emin (Surrey, 1963) writes in her explosive autobiography Strangeland (Sceptre, 2005; Spanish translation published 2016), a collection of personal writings and reminiscences that allow us an insight into an undoubtedly complex persona. And this without falling into the trap of clichéd judgements on her provocativeness or exhibitionism, precisely because her personal history and her artistic identity are intertwined so fascinatingly and so irreverently. She has made what was once cutting-edge ~ the merging of intimacy, art and life to make something insoluble ~ into a new, confessional-style, conventional artform. 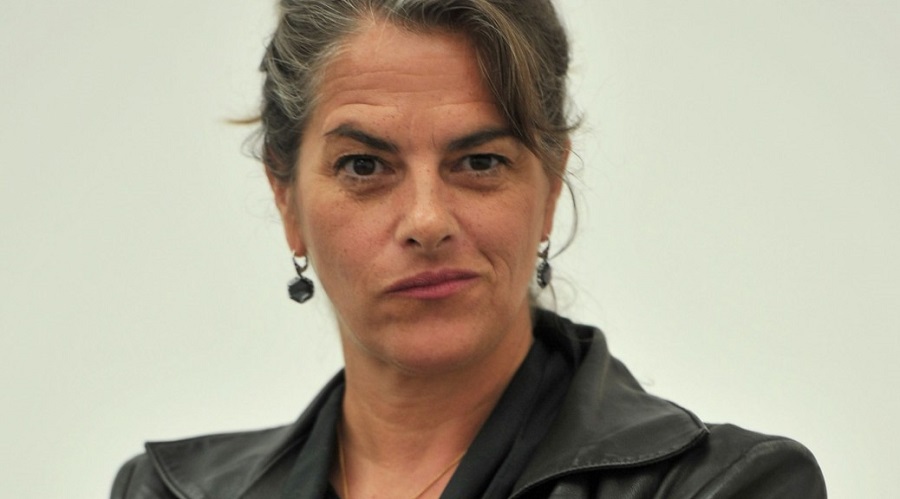 For this reason, Emin's artistic output cannot be fully understood without reference to her life and this is not to state the obvious just for the sake of it. With a painfully complicated childhood and adolescence (raped at thirteen, incest, abortions, anorexia, alcoholism, poverty, social rejection, …), the artist here reveals her recurring episodes of suffering, humiliation and trauma with brutal and unchecked frankness. She uses artistic creation to recreate her own memories. It's almost akin to therapy, aiding her recovery from certain periods in her life, all of which were marked by searing pain and resentment. Tracey Emin is a survivor of her own adolescent meltdown. Sex, drug abuse and hangovers were her environment while art was a private, stable place away from all of that. So the clarity with which she expresses herself in her memoirs is a visceral nudity of no little discomfort: “I'm alcoholic, neurotic, psychotic, a whinging loser obsessed with myself but I'm an artist." 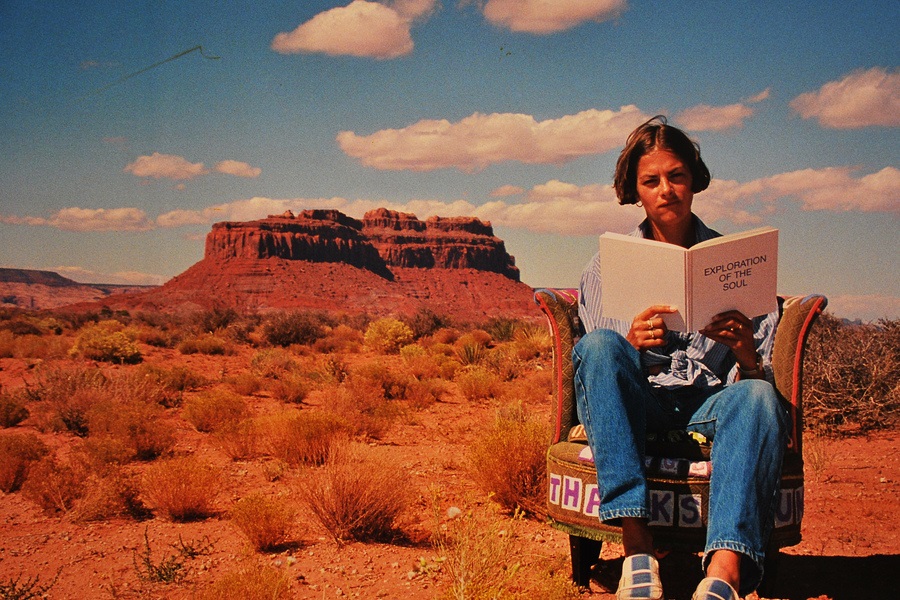 Beyond the autobiographical rawness of Strangeland, however, her artistic consolidation over the last few years allows for a more integral, subtle stocktaking of her contribution to contemporary art history. Emin belongs to that tradition of artists initiated by Dadaists such as Duchamp, through the dreamy, autobiographical oneirism of Frida Kahlo, the darkest manifestations of expressionism by Egon Schiele and Edvard Munch or the pop art of Robert Rauschemberg and as recent as the conceptual exhibitionism of Sophie Calle. 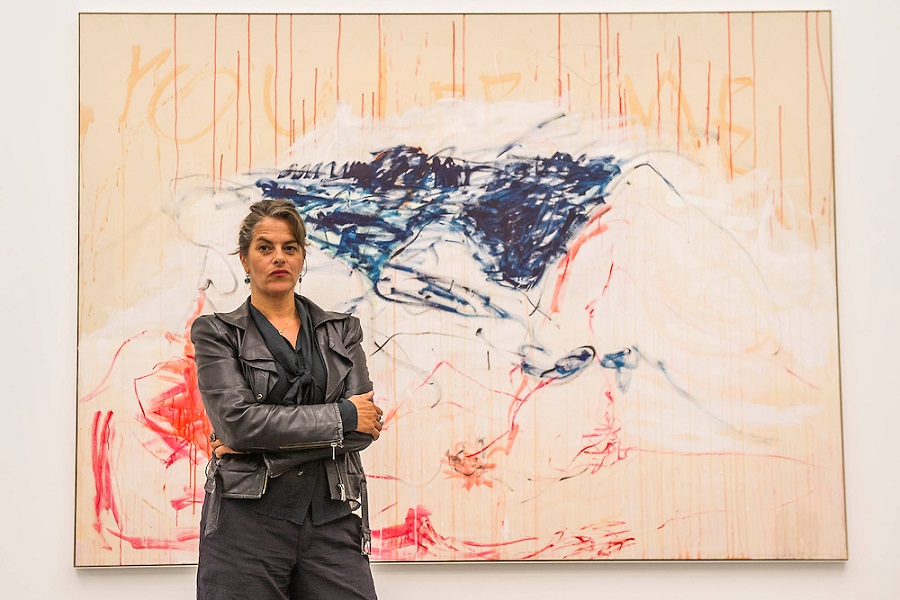 "The last great adventure is you" (Image available at gbphotos.photoshelter.com)

During the 80's, Emin studied fine art at London's Royal College of Art, a period from which very little work remains as she herself destroyed it. It was here that she became part of the so-called Young British Artists (YBAs), alongside Damien Hirst, Mark Ofili, Sarah Lucas, Marcus Harvey and the Chapman brothers, who began exhibiting at the start of the 90's with Charles Saatchi as their patron, a gallery owner and advertising executive with a keen eye for promotion and cultural marketing.

The recurring nature of Emin's excesses became the narrative of her work in those early days of celebrity: drawings, photography, patchwork, videos, installations ... Her entire output reflected the impact of her memories, as in the early performance piece at a Stockholm gallery: Exorcism of the last painting I ever made (1996).  Here, fully naked, she painted walls and pictures with autobiographical themes, and thereby unlocked a longterm emotional blockage - that of her two abortions - whilst at the same time and from a clearly feminist standpoint, criticising so-called “women’s work” by the flaunting of her own flesh, sexuality and corporality. 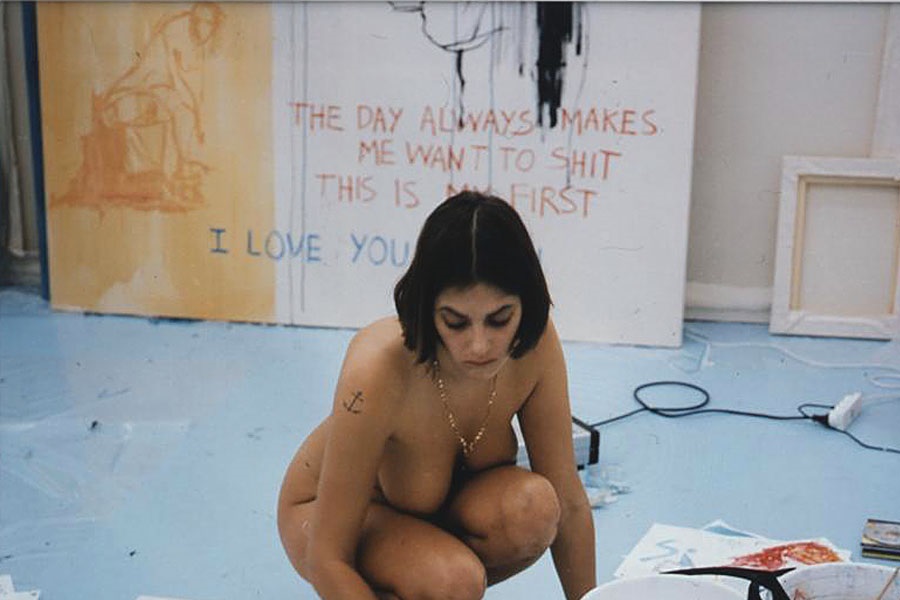 "Exorcism of the last painting I ever made" (Image available at www.dazeddigital.com)

Of course, the seminal symbol of those excesses was My bed (1998), the work that got her shortlisted for the Turner Prize and is arguably her best known piece and the most controversial one of her career. The fact that it was bought at auction in 2014 for £2,200,000 by a German collector only confirms the ironic transformative power of our perception concerning the most provocative of art. To paraphrase the well-known proverb, 'sometimes when you don't make your bed, you don't have to lie in it'. Because it's on loan to and on permanent exhibition at the Tate Gallery in London!

"My bed" (Image available at www.huckmagazine.com)

The piece consists of her own unmade bed, the sheets stained with bodily fluids and the surrounding floor littered with rubbish such as condoms, empty cigarette packets, bottles of alcohol, newspaper cuttings, knickers soiled with menstrual blood and other assorted domestic debris. The sexual promiscuity along with the alcohol and drug abuse, that played a major part in Emin's life at that point, made the devastatingly intimate scene a spectacle and a display of her confessional art, to which the viewer became an involuntary voyeur. My bed  could be considered, although not without a certain provocation, an organic self-portrait by the artist, an exploration of herself from a place of collapse and emotional crisis. Pure, unadulterated reference-to-self. Or, in her own words: “the absolute disaster and decadence of my life”.

"My bed" (Photograpy by Niklas Halle'n)

In the same vein is Everyone I Have Ever Slept With 1963-95, a tent adorned with their names, including sexual partners, relatives she shared a bed with in childhood, her twin brother and her two terminated pregnancies. The crude depiction of those memories is then not only a written roll-call of her lovers and loved-ones, in a kind of womb-bedroom, it's also defending, and this as a powerful message, the role reversal implicit in a more self-conscious and aggressive female sexuality, a woman who "womanizes". Perhaps it was this feeling of discomfiture that made a visiting journalist exclaim: “But she's even slept with the curator!" 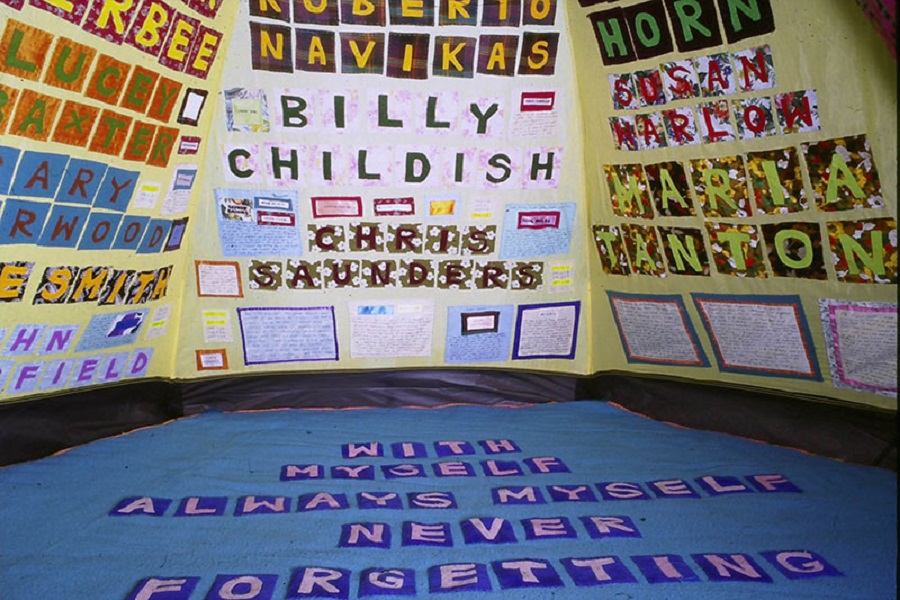 "Everyone I Have Ever Slept With 1963-95" (Image available at www.christies.com)

The evolution of Emin's work has also been characterised by a transition towards other fields of experimentation. The early photography and painting exhibitions, for instance the delicate watercolours of Berlin The Last Week in April 1998, the performances and installations of her most wild-child time, when she even dared to appear drunk on primetime television, started to show, from 2000 onwards, her artistic debt to Schiele. Immortalised in the sinuous limbs and exposed vulvas of The Purple Virgins, shown at the 2007 Biennial, a clear line can be traced  back to him which continued in later erotic-leaning works such as the Suffer Love series (2009). It was, therefore, not at all surprising when in 2007 she was awarded the chair of Professor of Drawing at the prestigious Royal Academy of Arts, where she has also curated some summer exhibitions.

Artistic recognition and critical acclaim have gone hand in hand with huge media interest in her public sculpture and montages. While it's true that she had already explored the genre before, her own face in Death Masks (2002) for instance, it was now that her sculptures had their full impact. When she designed a mast for outside Liverpool Cathedral, 4 meters high, bronze-plated, crowned with an emblematic Liver Bird in hommage to the city, she sealed an alliance not only with the BBC, who had commissioned it, but also,  in a way,  with the English establishment itself. 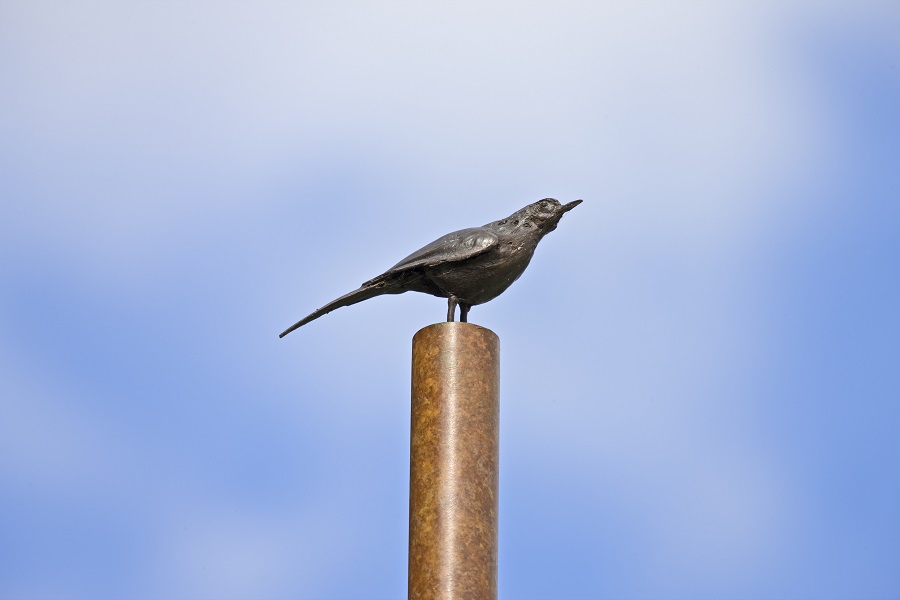 When, a few years later, she returned to install one of her neon messages above the cathedral's main doors, she only ratified that position. Neon, traditionally a publicity tool of language to attract our attention and sell us something, manages to break free from that association through the intimate nature of its content: I Felt You And I Knew You Loved Me. Few times, if ever, has a church been quite so daring.

"I felt you and I knew you loved me" (Image available at mathi.eu)

In any case, bronze as well as wood have played a major role over the last decade. From It's not the way I want to die (2005) and Tower (2007), through the delicate sculptures (shoes, teddy bears, children's socks) scattered throughout Kent in 2008 and of undeniable social import, up to the most recent The Last Great Adventure is You (2014), to name but a few. 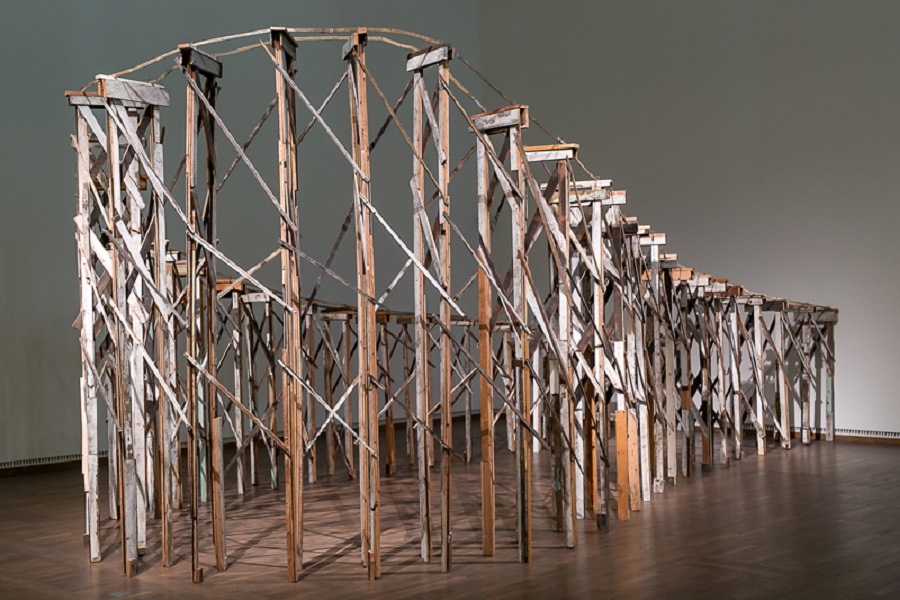 "It's not the way I want to die" (Image available at www.traceyeminstudio.com)

The validity of Emin's work remains undeniable, the theory she produces considerable. Remember that it was Emin and her radical feminist consciousness who, before the "selfie" era and the social media explosion, was first to expose such intimacy and vulnerable sexuality. She gave visibility to loneliness, sentimental failure and the alienation of success. Emin is an enfant terrible who made it into the Hall Of Fame of the most acclaimed (millionaire) artists of today, much to the detriment of British political correctness.

Tracey Emin: What do artists do all day (in English)