With his face resting on the window, Alessandro looked at the Starry Night who aroused in him an inexplicable craving for remote and beautiful things. The orange trees and magnolias, still blooming, gave off strong aromas at that time. In the background the dark masses of straight olive and acacia trees marked the limit of Beccarisi Villa, the luxurious Sicilian villa of his friend Giulio where they would also spend that summer. Alessandro recalled his previous visit and finding that secret hidden corner at the end of the garden near the greenhouse, where one night he heard hugs and kisses in the dark as the moonlight created the illusion of fantastic figures fluttering behind the glass between whispered sweet words, interspersed with sighs and sudden silence. As the fermentation of the fertile and burning ground, there he also experienced the mysterious sound of the eternally creative and destructive life. 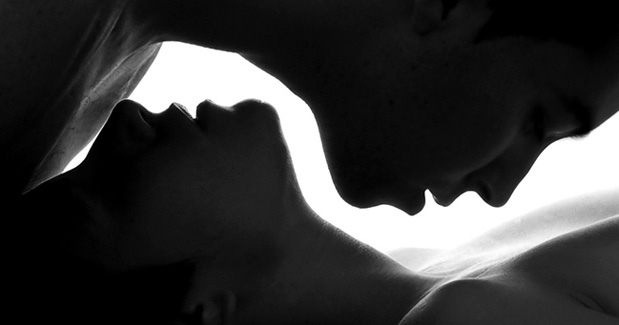 "Pleasure is even deeper than the pain.
The pain says: Pass!
But all joy wants eternity.
It wants deep, profound eternity! "

With his face resting on the window, Alessandro looked at the Starry Night who aroused in him an inexplicable craving for remote and beautiful things. The orange trees and magnolias, still blooming, gave off strong aromas at that time. In the background the dark masses of straight olive and acacia trees marked the limit of Beccarisi Villa, the luxurious Sicilian villa of his friend Giulio where they would also spend that summer. Alessandro recalled his previous visit and finding that secret hidden corner at the end of the garden near the greenhouse, where one night he heard hugs and kisses in the dark as the moonlight created the illusion of fantastic figures fluttering behind the glass between whispered sweet words, interspersed with sighs and sudden silence.

As the fermentation of the fertile and burning ground, there he also experienced the mysterious sound of the eternally creative and destructive life, the grandeur and beauty of the pleasure of life that continued even when the lovers parted, his shadow touched hers as in an embrace under the deep blue sky of dawn, which began to dim the stars. The memory of that summer full of light had continued in his soul, more alive than in his tumultuous present. 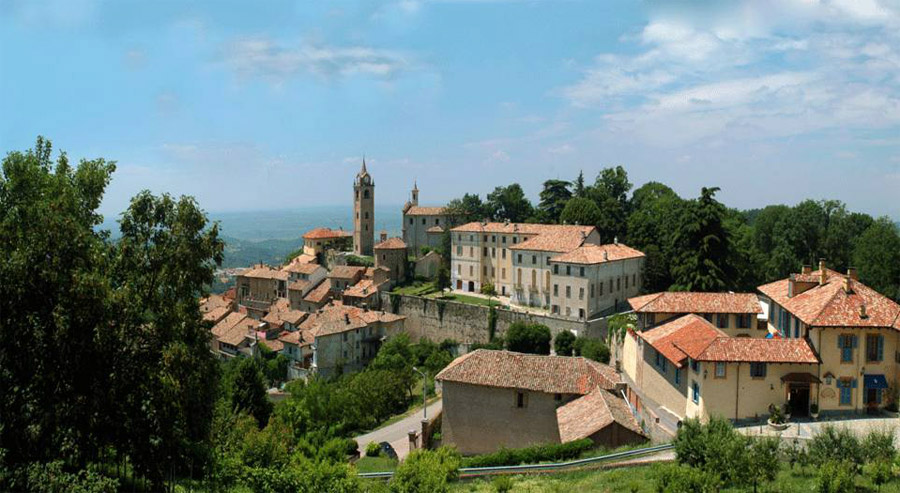 "The experience of transience and incessant short living", Giulio had said at one point in the conversation over dinner.  "To know that we lose ourselves as the wind does, and we flow like the water of a river. The perception of this continuous flow, when you think about it, does it not raise an inevitable resignation and anguish? Time is the instrument of death, the last structure of a lost experience. How many things there are that we will never see or know! "

It seemed he wanted add something else, but he stopped.

"What then is the continuity?” Alessandro had immediately replied, "Is there any point in the thought of eternity (Ewigkeit)? Do you think there is no place or experience where the agitation of change is calmed and we pick up what we have lost?  I think it is not a mere illusion of the poet who says:

"I know one thing there isn´t. It's forgetfulness.
I know that eternity endures and burns
the precious and all I have lost
tonight, this moon and this afternoon ".

"However, what place could be that of permanence, even more, of eternity?" Alessandro continued thinking later on. "The days tend to become equal in the memory, although not all the same. And the most common life among men is that of a relentless nightmare, a stubborn routine with a dispensable story, a set time and the wait for obscurity to offer us one last dream without memory. Was Giulio right? Life is nothing but the desire of a dreamt destination longing to become real, a tale told by an idiot in which the protagonist awaits his end at any moment when everything would be about to begin. How to understand time as a mysterious cross over, in each moment, of change and eternity?

The afternoon was burning strangely in the clouds, as if behind them an ocean stirred into flames, a divine fire. Shaken by his own words and thoughts, he left the garden despite the intense heat and walked along a stretch crop towards the city. The grass between the vineyards was dotted with small flowers where above them yellow and white butterflies fluttered. The harvest in the fields was tall. Each stem was bent over the earth bearing fruit. Under the trees, sitting on the grass, a group of peasants rested a moment from the hard work of mowing and greeted him taking off their hats, as he passed by. Further, in the pool, some children were bathing across the sparkling waters, reddened by the sunset colors. They slid along rocking to the rhythm of the gentle breeze, and above the waters the shadows of palm trees also rocked, while on the other side there was a murmur of young voices and laughter. The still air was only occasionally interrupted by the lure of a bird.

"There are many things we will never know", he said to himself.  "Maybe that's why it is desirable to even forget what we know, and be content with seeing the world in silence."

He continued his walk absorbed by the landscape, moving from image to image through a tenuous game of ideas and rethinking that which troubled him:

"The certainty of the end encourages seeking solace in the pure present, satisfying the intense enjoyment of the pleasures in life. Thus, the wait has been enriched by the remembrance of the idealised past, reconstructed to suit our most beautiful dreams. In its absence time goes by without thinking. The human soul does not reveal its mysteries. When you ask it, it remains silent."

Without being able to unleash this reflection, again a dull breath disturbed the peace of his rest. He had reached the shore and saw, buried in mournful resignation, the area in which daylight no longer shimmered. The sun had set and it darkened over the city. Everything became quiet and peaceful in that cramped and hot afternoon, where the first indoor lights shone while a big white moon lurked in the sky. He crossed the fishermen neighborhood and as he walked past a tavern, he heard music, songs and the sound of a big party. He entered and went to the bar while the musicians played a light rhythm and a young woman prepared to dance. Her hair glistened with perfumed oils; her body radiated party excitement and the smile of her mouth revealed sensuality of laughter and kisses.

She was dancing barefoot and entranced, as if embracing invisible bodies that no one saw, as if to kiss lips that were parted and bent over hers lustfully, as if caresses were to be spilt all over her body and she would enjoy those invisible bodies in unusual raptures of her dance. Maybe she lifted her mouth towards precious and sweet fruits, and sipped hot wine when throwing back her head and her eyes full of desire edging her head high. And so she continued moving alienated, surrendered to the irresistible power that dominated her. 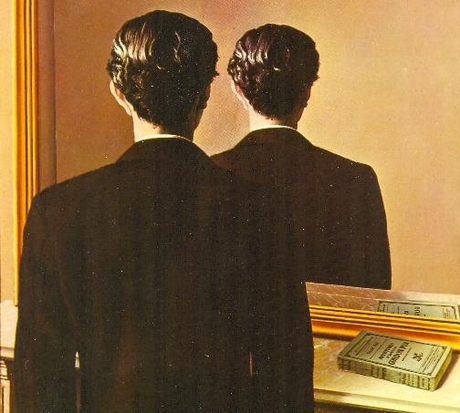 When the music ended the girl stopped and stood in front of everyone. It was the most vivid expression of pleasure, a beautiful single flower that had just opened while a multitude of eyes looked drunk with wine and sin. And while Alessandro watched, he had an inspiration: Dancing! The relationship of life, whose substance is time, why not knowing what is called eternity is only understandable from the ancestral and Heraclitean ring symbol. The succession of things and worlds is nothing but a dance, the perimeter of a circumference, a wheel that rotates on its axis, a cycle that repeats forever.

"Only art instructs us about this mysterious relationship", he began to reason, "Art simulates stopping time, bringing together the gerund of living and seducing with a look of beauty. If faces go as dances, art sets our face and gives back the image of our own face. This transformation simulates the time in "eternity", and allows man to follow the old Apollonian advice: 'to know oneself'.  Our face, being familiar but unknown at the same time, looks at us from the mirror and shows us all of the strangeness in ourselves. It is only prudent to go with what is shown in the mirror and its indefinite multiplication of things."

When he gleefully recounted his discovery to Giulio, he was pensive and after a moment he said:

"Do not be naive Alessandro. But what power does the art have versus the obsolescence of reality and its spectral reflection. It does not answer the philosophical question that leads irresistibly to the connection of time weaving and unravelling. The life of man is the fate of a caged lion repeating its monotonous circular paths without knowing that there are meadows and mountains outside of its path."

"Indeed, Giulio, that's how it is", I replied.  But because of knowledge of such a hard fate it would be unbearable. That is why the Gods, pitiful upon us, grant us the grace of oblivion, the consolation of not knowing. What it is an unknown destination?  The children´s games of freedom. The novelty fits unpredictability as well as the consequent openness and incompleteness.

The destination is frozen time, and time is a corrosion of that destination. This will, therefore be hereinafter the motto of my life: "Convert the outrage of the years in music, in a rumour, in a symbol ".

Alessandro finally felt rejoice in solitude and calm, and watched for hours and hours for the vibrant sky to clear as he was dominated by inexplicable thoughts. His eyes were intoxicated with the bright colors of the branches on which the rays of sunshine poured. Silence welcomed his dreams in the lonely twilight hours that followed then when the night slipped into his room and stood before the window lost in the shadows. The air was again filled with the intense perfume of orange blossoms and roses protruding from the garden fence, as well as mingled with the scent of jasmine and honeysuckle that climbed hugging the tree trunks.